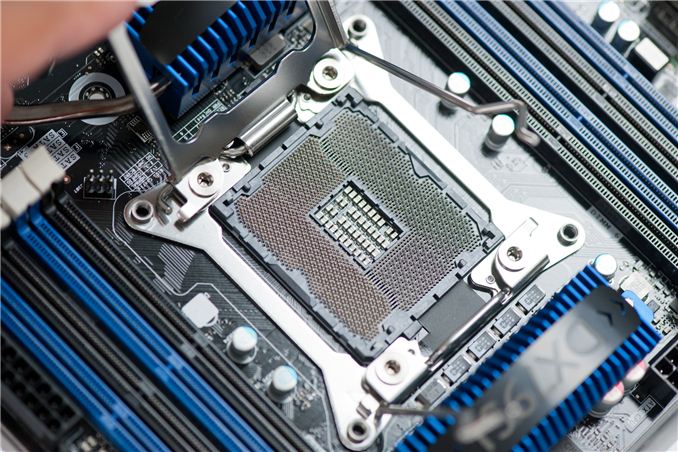 We have known for a while that the Ivy Bridge-E launch will supposedly take place in a few weeks time, with information about pricing of the consumer components coming to light recently.  Despite the high cost of entry for consumers, the business aspect of these processors along the Xeon brand is arguably the more poignant and certainly the more profitable aspect of the business.  Recently CPU-World has put many of the pieces of the puzzle together, from a variety of leaks from partners, in terms of which processors are being released, their intimate details, and importantly, pricing.

To follow on the naming scheme of Sandy Bridge -> Ivy Bridge -> Haswell Xeons, these processors, destined for 2P systems, will take on the E5 26xx naming scheme with V2 on the end, with L designating low power versions.  We have the following list to browse and prepare servers for:

Most of these cores will feature Hyperthreading, giving between 4 and 24 threads within an 80-150W envelope.  These prices are currently listed as consumer based pre-order prices, and equate to ~12-30% more than the current Sandy Bridge-E offerings.  We expect none of these parts to be overclockable via the multiplier, following Intel's previous Xeon launches.

With any luck we should be getting a couple of Ivy Bridge-E based server motherboards in to test, along with Xeon processors.  Interestingly enough, vague rumours of a 15 core chip have not evolved into anything concrete as of yet, at least not to be released at the same time as the others.