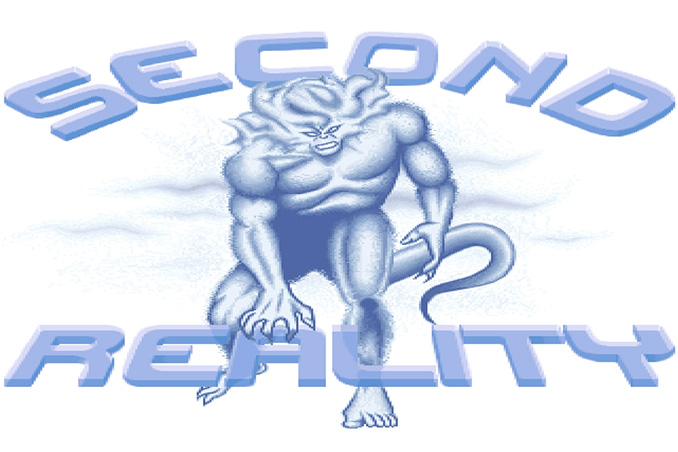 Every so often I get asked about what caused me to be interested in GPUs, and consequently how I ended up at AnandTech. The answer to either of those is something of a long story that I rarely go into, but in short it has a lot to do with the history of PC graphics itself, and in particular a very important and very historical piece of software: Second Reality. Consequently with today being the 20th birthday of Second Reality, I wanted to take a moment to wish its developers a happy birthday, and reminisce a bit on one of the most significant pieces of software in the history of PC graphics.

Without rehashing what Wikipedia does better, Second Reality holds a very important place in the annals of the PC graphics industry. The PC was not always the graphics powerhouse it was today, and for many years in the 1980s and up to the early-to-mid 1990s that honor went to the much more graphically capable Commodore Amiga platform. But like the rest of the PC industry in general, the early 90s was a period of rapid improvement and PC graphics was no exception. Second Reality, a demoscene demo, holds the distinction of being one of the pieces of software that changed how the world viewed PCs, and in many ways marks the beginning of the PC being a serious platform for consumer graphics.

So what is Second Reality? In a nutshell, it’s a compilation of code, graphics, art, and music. But it’s probably more meaningful to say that before “can it play Crysis?” was a thing, it was “can it run Second Reality?” Even more so than Crysis in 2007, in 1993 Second Reality greatly pushed the envelope for what could be done with PC graphics. Developed by the Finnish group The Future Crew, Second Reality pulled off effects previously only seen on the Amiga, demonstrated other effects that the Amiga couldn’t replicate, and demonstrated real time 3D years before consumer video cards gained 3D capabilities.

Graphically it was impressive, and a lot of that impressiveness had to do with just how clever its various graphics hacks were. Real time raytracing, voxels, mesh deformation, plasma effects, vector balls, and of course 3D were all used to great effect in Second Reality, and all of which ran in software on a lowly 486. It was quite frankly the most graphically impressive thing you would see on a PC in 1993. And it ultimately set the stage for the PC to become the graphics powerhouse that it became later in the 1990s and beyond.

YouTube doesn’t really do Second Reality justice, but as it used a mix of 60Hz and 70Hz effects and non-square pixels it’s difficult to capture to video (hey, it was 1993)

The developers of Second Reality ultimately went on to form various companies, most of which our long-time readers can recall. Remedy (Max Payne), Futuremark (benchmarks), and BitBoys Oy (graphics hardware, now owned by Qualcomm) can all trace their roots to the individuals responsible for Second Reality. As important as Second Reality was to proving the PC as a graphics powerhouse, it in some ways also laid the groundwork for future graphical advancements, which we continue to see the repercussions of today.

As for myself? Well let’s just say that it’s hard not to be interested in 3D graphics after seeing Second Reality running at the local white box computer store. It sold computers, but to a fledgling nerd it also offered a glimpse of what could be done with real time PC graphics, forming a fascination that has lived on since.

Ultimately we have of course long since surpassed what Second Reality can do. But even at 20 years old it still holds a very special place in the history of PC graphics, offering a watershed moment that has rarely been replicated since.

Update: As part of the birthday festivities, former Future Crew member Jussi Laakkonen (Abyss) has announced that the source code for Second Reality is finally being released today. The code has never previously been released, despite previous interest in it, so this will be the first chance for most old school hackers to see just what kind of clever tricks and hacks went into making Second Reality. The source code is available on GitHub.