ARM’s Cortex A9 was first released to licensees back in 2009, with design work beginning on the core years before that. To say that the smartphone market has changed tremendously over the past several years would be an understatement. Many of the assumptions that were true at the time of the Cortex A9’s development are no longer the case. There’s far more NEON/FP code in use on mobile platforms, higher frequency of memory accesses and much heavier performance demands in general. While the Cortex A9 was a good design for its time, its weaknesses on the FP and memory fronts needed addressing. Thankfully, Cortex A12 modernizes the segment. 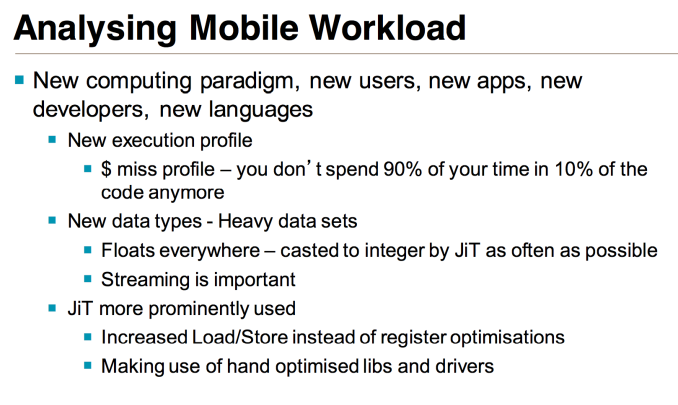 Although ARM referred to Cortex A9 as an out-of-order design, in reality it supported out-of-order integer execution with in-order FP and memory operations. ARM’s Cortex A12 moves to an almost completely OoO design. All aspects of the design have been improved as well. Although the Cortex A9 is expected to continue to ramp in frequency over the next year as designs transition to 28nm HPM and beyond, Cortex A12 should deliver much better performance in an more energy efficient manner.

ARM’s unique business model allows for the extreme targeting and customization of its microprocessor IP portfolio. If one of its cores gets too large (or power hungry), there’s always a smaller/more energy efficient option downstream. 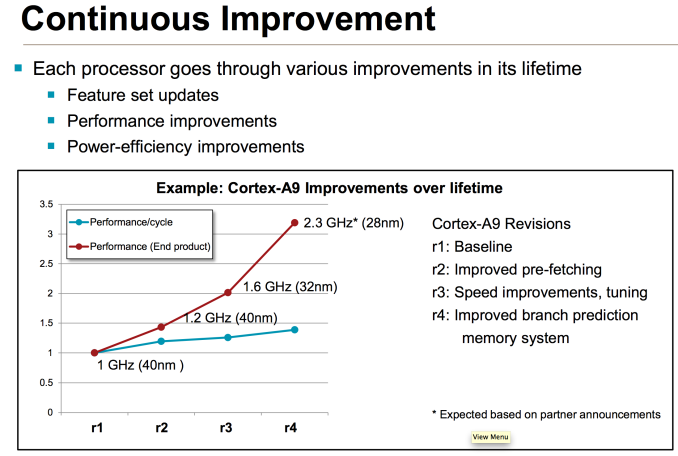 The Cortex A12 IP has been finalized as of a couple of weeks ago and is now available to licensees for integration. The first designs will likely ship in silicon in a bit over a year, with the first devices implementing Cortex A12 showing up in late 2014 or early 2015. Whether or not the design will be too late once it arrives is the biggest unknown. Qualcomm’s Krait 300 core should provide the smartphone market with an alternative solution, but the question is whether or not the mobile world will need a Cortex A12 when it shows up. We always like to say that there are no bad products, just bad pricing. A more aggressively priced alternative to a Snapdragon 600 class SoC may entice some customers. Until then, the latest revision to the Cortex A9 core (r4) is expected to carry the torch for ARM. ARM also tells us that we might see more power optimized implementations of Cortex A15 in the interim as well.