I needed an updated heavy test, one that dealt with an even larger set of data and one that somehow incorporated IO consistency into its metrics. I think I have that test. The new benchmark doesn't even have a name, I've just been calling it The Destroyer (although AnandTech Storage Bench 2013 is likely a better fit for PR reasons).

Given the sheer amount of time it takes to run through the Destroyer, and the fact that the test was only completed a little over a week ago, I don't have many results to share. I'll be populating this database over the coming weeks/months. I'm still hunting for any issues/weirdness with the test so I'm not ready to remove the "Preview" label from it just yet. But the results thus far are very telling. 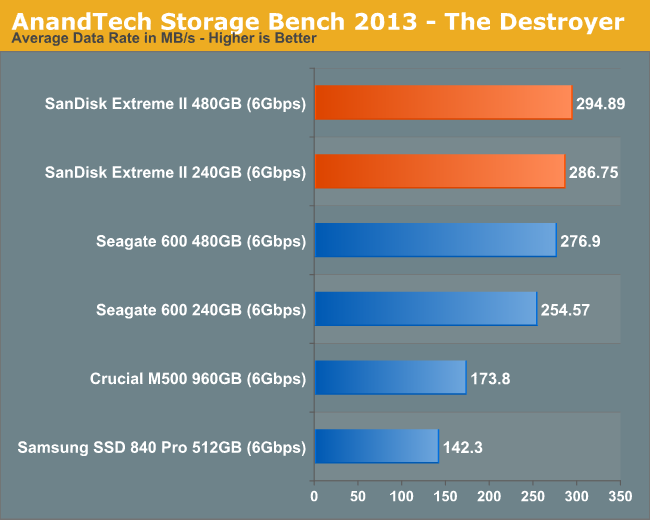 As you'd expect, the combination of great performance consistency and competitive peak performance drives the Extreme II to the top of our Destroyer charts. I didn't expect to see anyone put out an SSD faster than the Seagate 600 so soon but it looks like SanDisk did it. 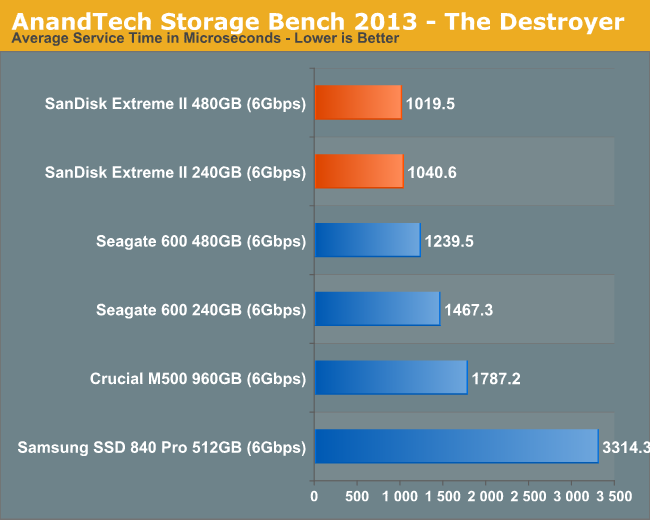