With Haswell, Intel enables full OpenCL 1.2 support in addition to DirectX 11.1 and OpenGL 4.0. Given the ALU-heavy GPU architecture, I was eager to find out how well Iris Pro did in our compute suite. 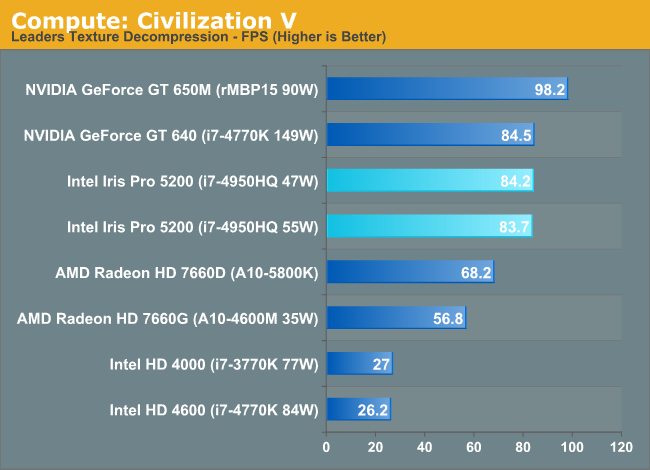 Iris Pro does very well here, tying the GT 640 but losing to the 650M. The latter holds a 16% performance advantage, which I can only assume has to do with memory bandwidth given near identical core/clock configurations between the 650M and GT 640. Crystalwell is clearly doing something though because Intel's HD 4600 is less than 1/3 the performance of Iris Pro 5200 despite having half the execution resources. 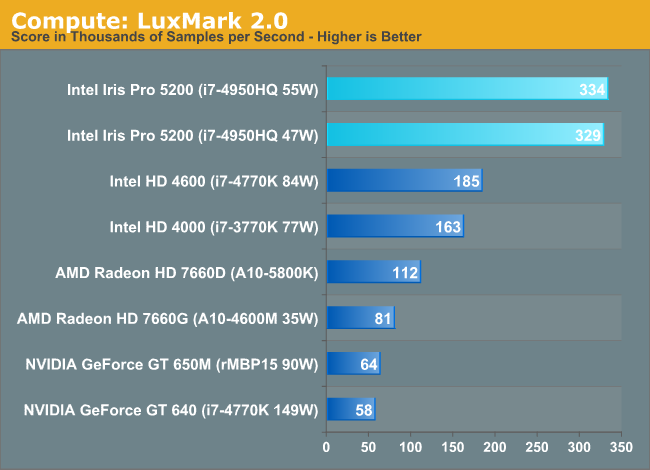 Moving to OpenCL, we see huge gains from Intel. Kepler wasn't NVIDIA's best compute part, but Iris Pro really puts everything else to shame here. We see near perfect scaling from Haswell GT2 to GT3. Crystalwell doesn't appear to be doing much here, it's all in the additional ALUs. 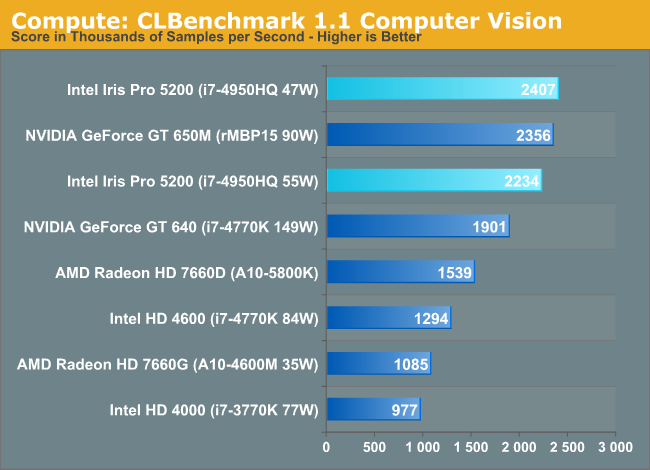 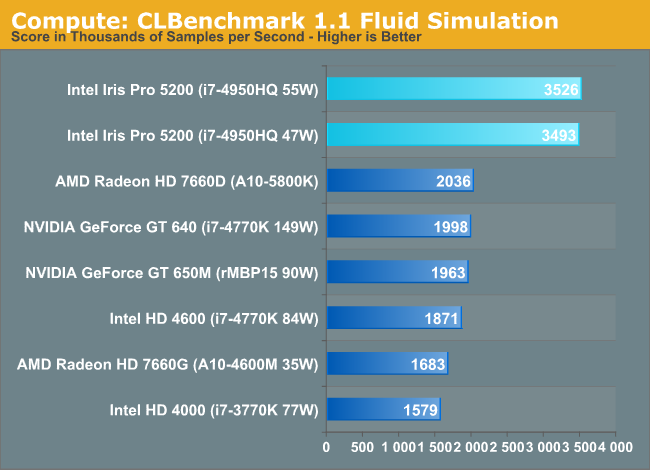 Once again, Iris Pro does a great job here, outpacing everything else by roughly 70% in the Fluid Simulation test.

Our final compute benchmark is Sony Vegas Pro 12, an OpenGL and OpenCL video editing and authoring package. Vegas can use GPUs in a few different ways, the primary uses being to accelerate the video effects and compositing process itself, and in the video encoding step. With video encoding being increasingly offloaded to dedicated DSPs these days we’re focusing on the editing and compositing process, rendering to a low CPU overhead format (XDCAM EX). This specific test comes from Sony, and measures how long it takes to render a video. 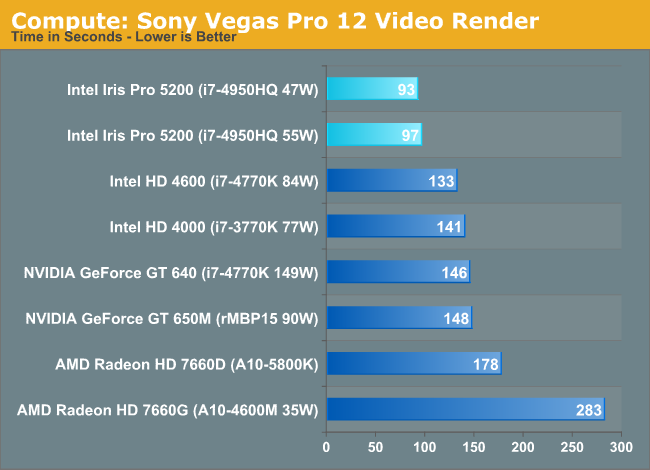 Iris Pro rounds out our compute comparison with another win. In fact, all of the Intel GPU solutions do a good job here.