While not necessarily a game on everybody’s lips, Sleeping Dogs is a strenuous game with a pretty hardcore benchmark that scales well with additional GPU power. The team over at Adrenaline.com.br are supreme for making an easy to use benchmark GUI, allowing a numpty like me to charge ahead with a set of four 1440p runs with maximum graphical settings. 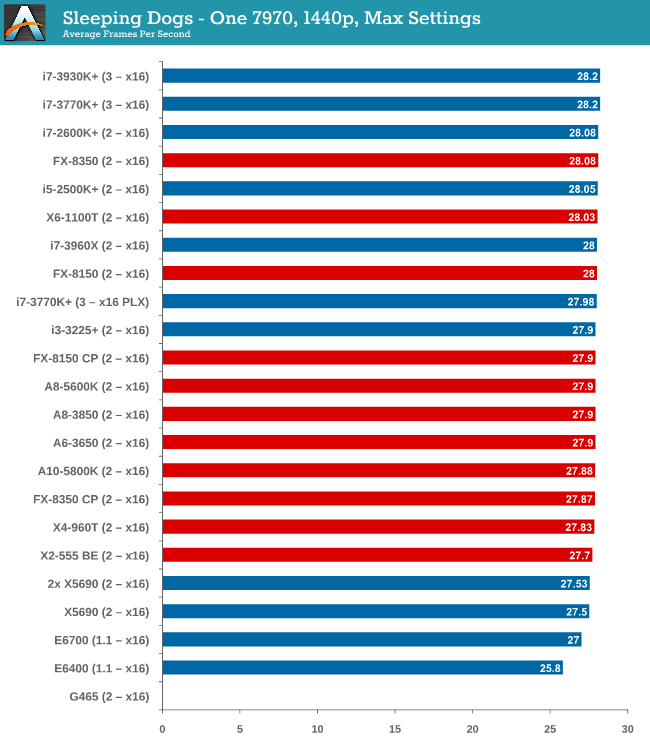 Sleeping Dogs seems to tax the CPU so little that the only CPU that falls behind by the smallest of margins is an E6400 (and the G465 which would not run the benchmark). Intel visually takes all the top spots, but AMD is all in the mix with less than 0.5 FPS splitting an X2-555 BE and an i7-3770K. 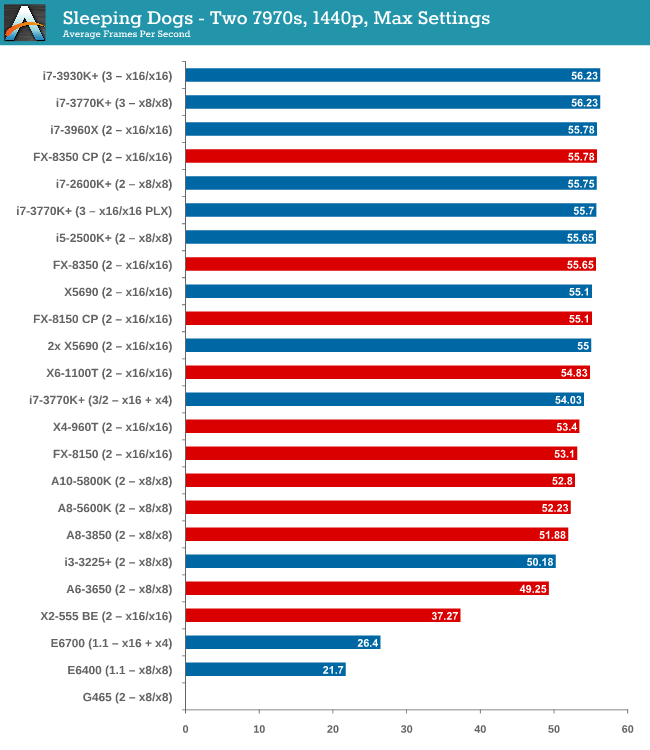 A split starts to develop between Intel and AMD again, although you would be hard pressed to choose between the CPUs as everything above an i3-3225 scores 50-56 FPS. The X2-555 BE unfortunately drops off, suggesting that Sleeping Dogs is a fan of the cores and this little CPU is a lacking. 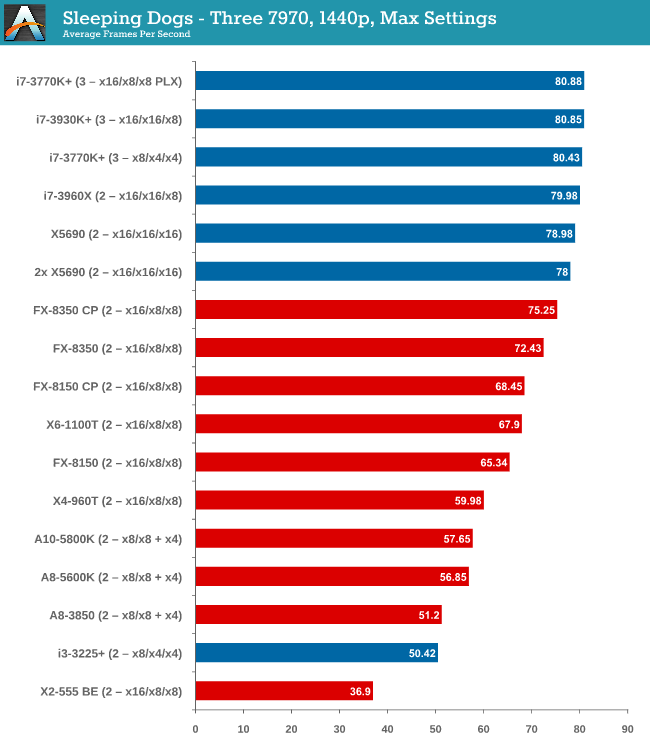 At three GPUs the gap is there, with the best Intel processors over 10% ahead of the best AMD. Neither PCIe lane allocation or memory seems to be playing a part, just a case of threads then single thread performance. 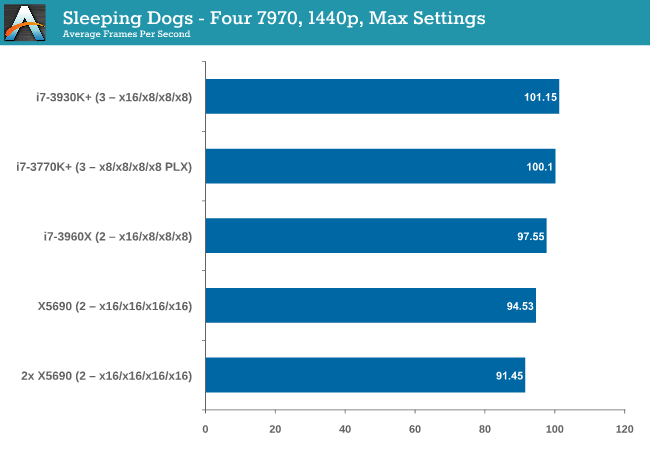 Despite our Beast machine having double the threads, an i7-3960X in PCIe 3.0 mode takes top spot. 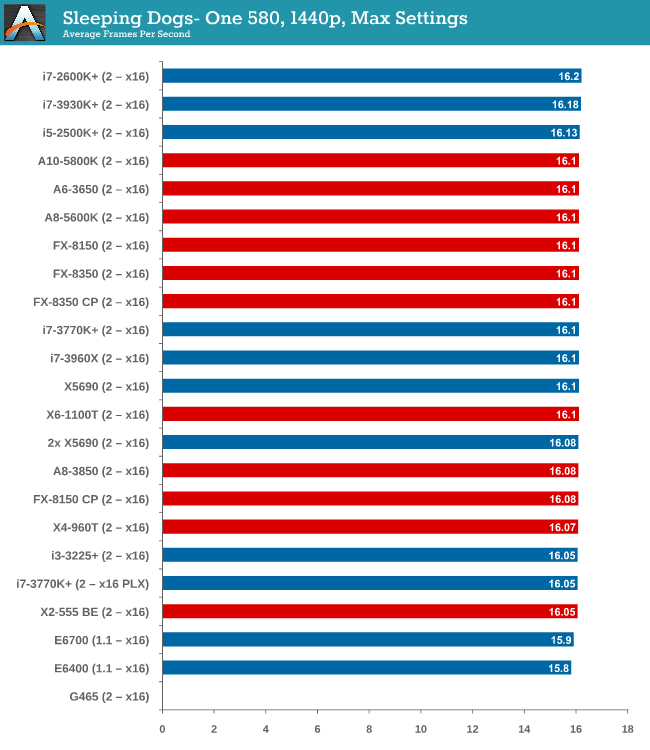 There is almost nothing to separate every CPU when using a single GTX 580. 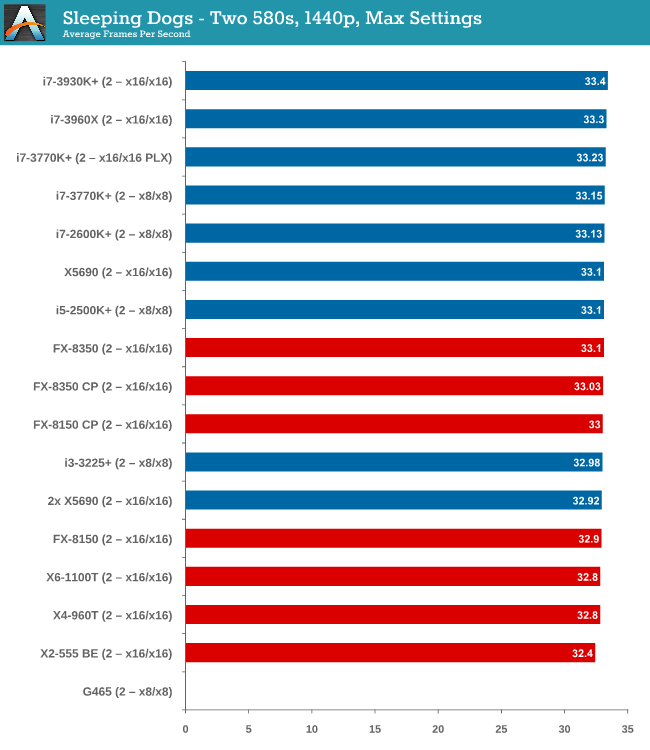 Due to the successful scaling and GPU limited nature of Sleeping Dogs, almost any CPU you throw at it will get the same result. When you move into three GPUs or more territory, it seems that having the single thread CPU speed of an Intel processor gets a few more FPS at the end of the day.