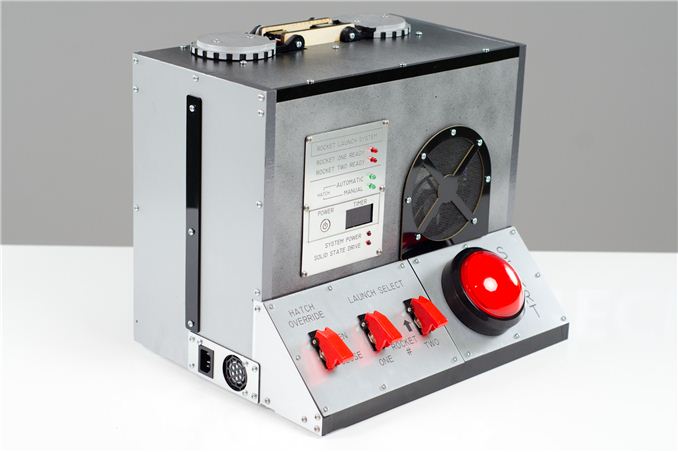 In preparation for its presence at SXSW Interactive, AMD enlisted the help of famed modder Benjamin Heckendorn to build a bunch of unique PCs. Traditionally, AMD would just show a bunch of notebook and PC designs available in the market but this year it wanted something a bit more exciting. None of the designs will be sold or available, they are just intended to build interest in the PC and modding communities.

Ben was instructed to hop on eBay, buy a handful of outrageous things and build computers out of them. Among the projects are an Android controlled MP3 player PC built into a gas pump, a Pimp Hat PC, a PC built into a fighter pilot helmet, and a PC built into a small model of the Mystery Machine from Scooby Doo. 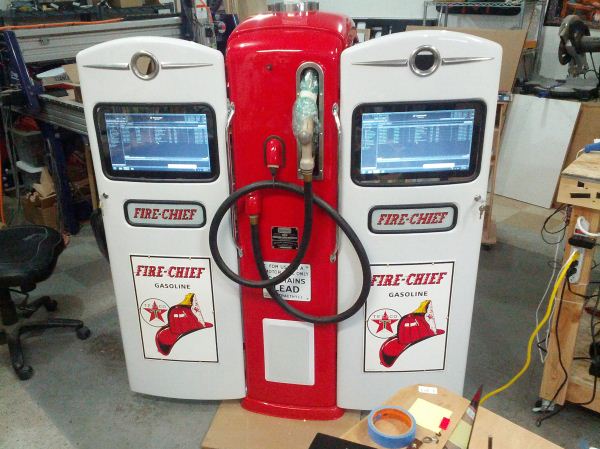 I had the opportunity of playing with one of the PCs that'll be on display at SXSWi this week: a mini-ITX based system capable of launching model rockets. AMD allegedly went to Ben and requested that he "build a computer that could launch rockets". And this is what he came up with: 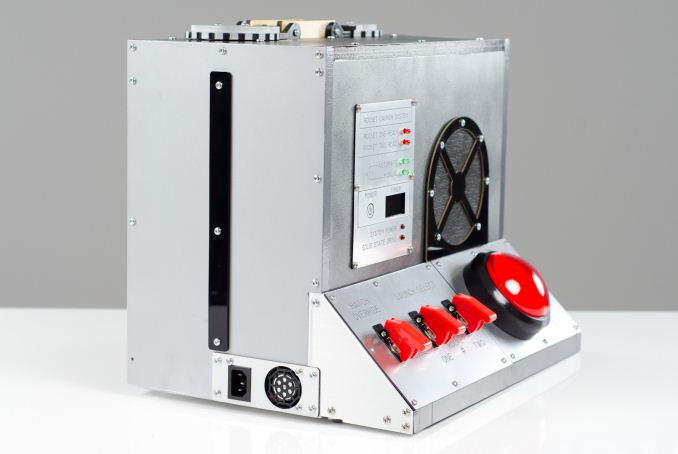 The system is running Windows 7 and features an AMD A10-5700 on a MSI FM2-A75IA-E53. There's only a single Crucial 128GB m4 SSD inside as well as a small power supply. The mini-ITX internals leave tons of room for the two rocket silos. 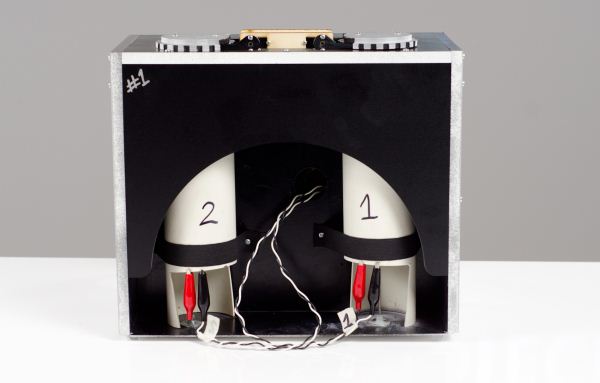 The silo hatches are driven by two servos and can be opened independently. Controls on the opposite side of the PC allow you to open the hatches independently, as well as prep the rockets for launch. Select the rocket(s) you want to launch, hit the giant start button and watch the countdown go. It starts at 10 seconds, at 6 seconds the first bay opens up, at 5 seconds the second opens, and then at 0 the two launch with a quarter of a second delay between the two.

All of the switches have a solid, almost industrial, feel to them. The launch electronics all worked flawlessly with no bugs...thankfully. 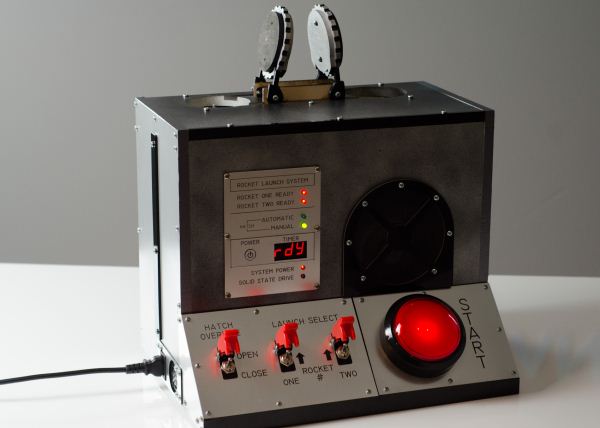 Ben built a custom PCB to drive all of the launch control electronics. The timer as well as the launch control state machine are all driven by Ben's work, rather than by the PC itself. Rockets are ignited by a pair of MOSFETS pulling current from the main PSU's 12V rail. You simply attach alligator clips to the leads of your igniters and you're ready to go. Ben did a good explanation of what it took to build this system on his show a little while ago.

The chassis itself is built from high density PVC foam, with the exception of the base which is aluminum and engraving plastic on the front. The switches were purchased but all of the panels were laser etched by Ben himself.

The system works as a PC, and although you wouldn't want to launch rockets indoors, it is functional in that capacity as well:

I'll apologize in advance for not having great footage of the rocket post launch. It's been a while since I launched a model rocket and I apparently had forgotten just how fast/high these things go. I needed a far more serious lens to follow the rocket than I had on hand. Needless to say, the system launched rockets just fine.

Admittedly I've never been one for serious case modding, but I do have to say that the end result is pretty impressive. You can argue about the functionality of being able to launch rockets from your PC, but the execution is neat. This was more of a novelty mod but some of the most interesting mods are those that enable new functionality or put PCs into areas/roles never thought possible. Ben's work on getting the Xbox 360 into a laptop is an example of such a thing. Given how powerful (and power efficient) PC hardware is these days, I'd like to see the reverse done - a mod to make a PC better approximate a gaming console.

If you're going to be in Austin for SXSW this week want to come by and check out the Rocket PC (and others) for yourself head on over here to register for AMD's Technograffiti event. Registration is free, and the event takes place March 7th (this Thursday) at 7:30PM.

Check out photos of the Rocket PC as well as some of the other Ben Heck mods in the gallery below.