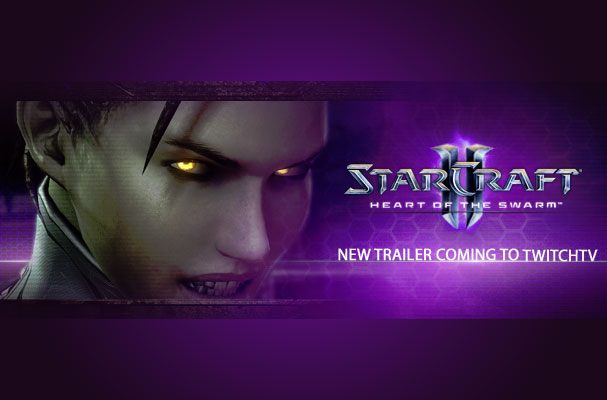 We don't necessarily cover gaming as a primary focus, but I know there are tons of people out there that love games, and perhaps one of the most beloved franchises of all is Blizzard's StarCraft series. Blizzard sent out a notification last night that the latest trailer will go live in about five minues on Twitch.tv (12PM Pacific), so if you're looking for something to do on your lunch break (or you're East coast and are getting bored at the end of the day), grab a bowl of popcorn and pull up a chair; the show is about to start!

Besides the official reveal, there will be a live discussion with Blizzard developers Chris Metzen, Dustin Browder, and Jeff Chamberlin, along with Community Manager Kevin Johnson. Viewers will be able to participate in the discussion segment by sending questions via Twitter or Vine (#Vengeance). Hopefully this time, we'll see the engine use more than two CPU cores.

Update: If you missed the trailer, you can now watch it on YouTube.