Having taken a look at the compute side of Titan, let’s finally dive into what most of you have probably been waiting for: our gaming benchmarks.

As this is the first major launch of 2013 it’s also the first time we’ll be using our new 2013 GPU benchmark suite. This benchmark suite should be considered a work in progress at the moment, as it’s essentially incomplete. With several high-profile games due in the next 4 weeks (and no other product launches expected), we expect we’ll be expanding our suite to integrate those latest games. In the meantime we have composed a slightly smaller suite of 8 games that will serve as our base.

Returning to the suite will be Total War: Shogun 2, Civilization V, Battlefield 3, and of course Crysis: Warhead. With no performance-demanding AAA strategy games released in the last year, we’re effectively in a holding pattern for new strategy benchmarks, hence we’re bringing Shogun and Civilization forward. Even 2 years after its release, Shogun 2 can still put an incredible load on a system on its highest settings, and Civilization V is still one of the more advanced games in our suite due to its use of driver command lists for rendering. With Company of Heroes 2 due here in the near future we may finally get a new strategy game worth benchmarking, while Total War will be returning with Rome 2 towards the end of this year.

Meanwhile Battlefield 3 is still among the most popular multiplayer FPSes, and though newer video cards have lightened its system-killer status, it still takes a lot of horsepower to play. Furthermore the engine behind it, Frostbite 2, is used in a few other action games, and will be used for Battlefield 4 at the end of this year. Finally we have the venerable Crysis: Warhead, our legacy entry. As the only DX10 title in the current lineup it’s good for tracking performance against our oldest video cards, plus it’s still such a demanding game that only the latest video cards can play it at high framerates and resolutions with MSAA. 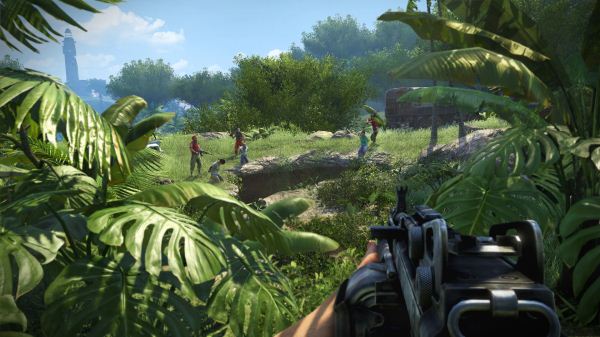 As for the new games in our suite, we have added DiRT: Showdown, Hitman: Absolution, Sleeping Dogs, and Far Cry 3. DiRT: Showdown is the annual refresh of the DiRT racing franchise from Codemasters, based upon their continually evolving racer engine. Meanwhile Hitman: Absolution is last year’s highly regarded third person action game, and notably in this day and age features a built-in benchmark, albeit a bit of a CPU-intensive one. As for Sleeping Dogs, it’s a rare treat in that it’s a benchmarkable open world game (open world games having benchmarks is practically unheard of) giving us a rare chance to benchmark something from this genre. And finally we have Far Cry 3, the latest rendition of the Far Cry franchise. A popular game in its own right, its jungle environment can be particularly punishing.

These games will be joined throughout the year by additional games as we find games that meet our needs and standards, and for which we can create meaningful benchmarks and validate their performance. As with 2012 we’re looking at having roughly 10 game benchmarks at any given time.

Meanwhile from a settings and resolution standpoint we have finally (and I might add, begrudgingly) moved from 16:10 resolutions to 16:9 resolutions in most cases to better match the popularity of 1080p monitors and the recent wave of 1440p IPS monitors. Our primary resolutions are now 2560x1440, 1920x1080, and 1600x900, with an emphasis on 1920x1080 at lower setting ahead of dropping to lower resolutions, given the increasing marginalization of monitors with sub-1080p resolutions. The one exception to these resolutions is our triple-monitor resolution, which stays at 5760x1200. This is purely for technical reasons, as NVIDIA’s drivers do not consistently offer us 5760x1080 on the 1920x1200 panels we use for testing.

As for the testbed itself, we’ve changed very little. Our testbed remains our trusty 4.3GHz SNB-E, backed with 16GB of RAM and running off of a 256GB Samsung 470 SSD. The one change we have made here is that having validated our platform as being able to handle PCIe 3.0 just fine, we are forcibly enabling PCIe 3.0 on NVIDIA cards where it’s typically disabled. NVIDIA disables PCIe 3.0 by default on SNB-E systems due to inconsistencies in the platform, but as our goal is to remove every non-GPU bottleneck, we have little reason to leave PCIe 3.0 disabled. Especially since most buyers will be on Ivy Bridge platforms where PCIe 3.0 is fully supported.

Finally, we’ve also used this opportunity to refresh a couple of our cards in our test suite. AMD’s original press sample for the 7970 GHz Edition was a reference 7970 with the 7970GE BIOS, a configuration that was more-or-less suitable for the 7970GE, but not one AMD’s partners followed. Since all of AMD’s partners are using open air cooling, we’ve replaced our AMD sample with HIS’s 7970 IceQ X2 GHz Edition, a fairly typical representation of the type of dual-fan coolers that are common on 7970GE cards. Our 7970GE temp/noise results should now be much closer to what retail cards will do, though performance is unchanged. 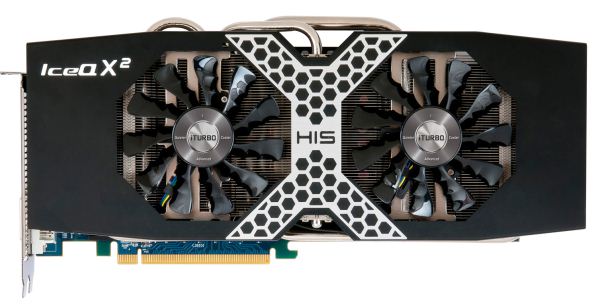 Unfortunately we’ve had to deviate from that almost immediately for CrossFire testing. Our second HIS card was defective, so due to time constraints we’re using our original AMD 7970GE as our second card for CF testing. This has no impact on performance, but it means that we cannot fairly measure temp or noise. We will update Bench with those results once we get a replacement card and run the necessary tests.

Finally, we also have a Powercolor Devil13 7990 as our 7990 sample. The Devil13 was a limited run part and has been replaced by the plain 7990, the difference between them being a 25MHz advantage for the Devil13. As such we’ve downclocked our Devil13 to match the basic 7990’s specs. The performance and power results should perfectly match a proper retail 7990.