As always we’ll also take a quick look at synthetic performance to get a better look at Titan’s underpinnings. These tests are mostly for comparing cards from within a manufacturer, as opposed to directly comparing AMD and NVIDIA cards. We’ll start with 3DMark Vantage’s Pixel Fill test. 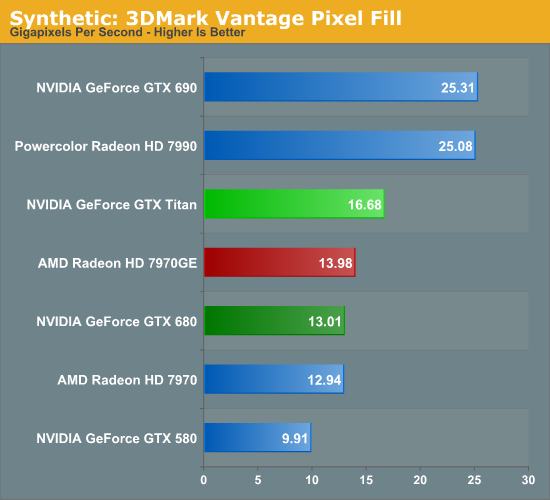 The end result is that with gains of 28%, Titan’s lead over GTX 680 is just a hair more than its increase in theoretical ROP performance. Consequently at first glance it looks like Titan has enough memory and cache bandwidth to feed its 48 ROPs, which given where we’re at today with GDDR5 is good news as GDDR5 has very nearly run out of room. 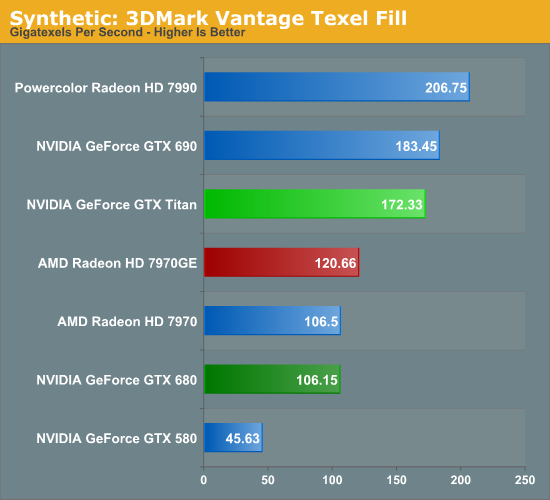 Oddly enough, despite the fact that Titan’s texture performance improvements over GTX 680 were only on the range of 46%, here Titan is measured as having 62% more texturing performance. This may be how Titan is interplaying with its improved bandwidth, or it may be a case where some of the ancillary changes NVIDIA made to the texture paths for compute are somehow also beneficial to proper texturing performance. 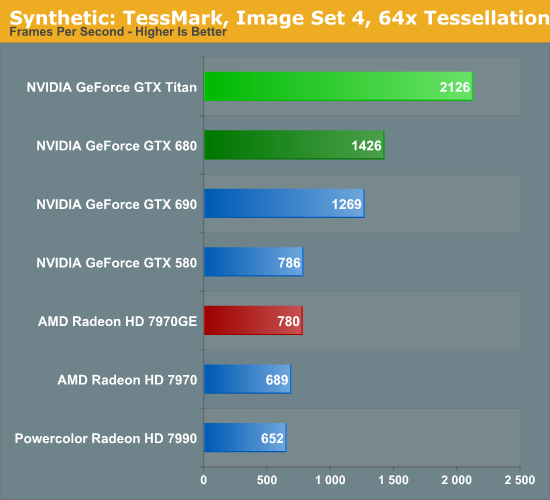