Zalman Ramps Up Their Cooling Game

Zalman's booth this year featured a single enclosure they're pushing, but the real news was in the CPU and GPU coolers they had on hand. Specifically, they had two very unique CPU coolers: a fanless air-cooler, and a custom closed-loop liquid cooler that can't (at least readily) trace its ancestry back to Asetek or CoolIT. 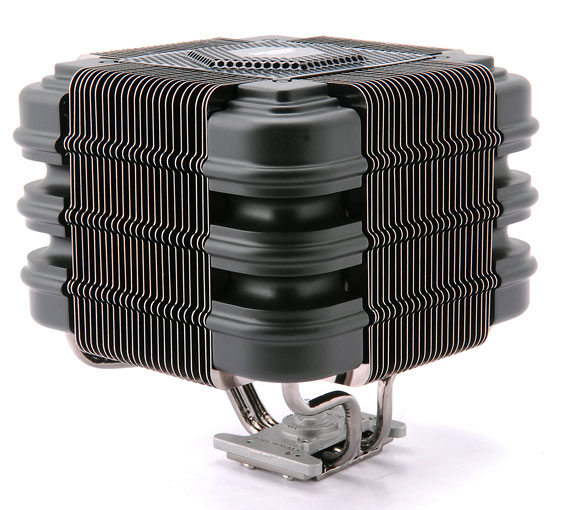 First out of the gate is the Zalman Cube. This is an enormous fanless air cooler designed to take advantage of the normal airflow in your enclosure, but due to its nature it's not meant for overclocking. You can remove a top panel and install a 120mm fan inside the cube to add active airflow, but this is basically a large passive cooler. 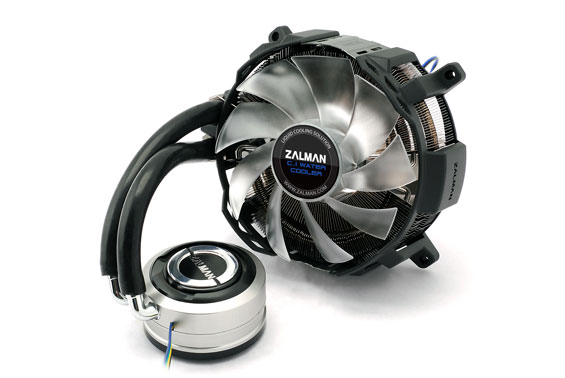 The other exciting cooler is the Zalman C1. I'm used to seeing Asetek and CoolIT liquid coolers, but the C1 is neither, featuring a custom waterblock and a custom radiator that employs circular heatpipes. Zalman talked up the performance (as one would expect), but it would be interesting to see if the radiator that looks awfully similar to a high end CPU heatsink can do a better job than the traditional radiator. Zalman has had highs and lows, but their coolers have never been terrible.

Much like the other case and cooling vendors, Zalman had a series of other air coolers, cases, and updated power supplies on hand, along with a healthy number of peripherals. They continue to offer excellent aftermarket VGA cooling, but they (like so many of us) lamented the lack of real standardization on video card construction. Hopefully mounting systems will get at least slightly easer in the future, but if the mountain of torx screws in the OEM NVIDIA GeForce GTX 680 are any indication, I wouldn't hold my breath.