Making the Pentium 4 a success

Intel is in a bit of a bind.  They can’t rely on the Pentium III to compete with the Athlon any longer as the processor is currently stuck at a 1GHz clock speed, unfortunately the Pentium 4’s RDRAM dependency, at least for now, may keep it out of the hands of the users that want more than a Pentium III but aren’t ready to make the plunge for a 1.4/1.5GHz Pentium 4, an i850 board and two sticks of RDRAM.

Intel is going to be working very hard to ramp up production and acceptance of the Pentium 4.  The hope is almost lost to have the 1.4/1.5GHz Pentium 4s enter the market as mainstream solutions, so by the end of this year the Pentium 4 processor will have been able to make a small entrance as a high priced member of the performance market segment in systems priced above $2,000.  It is next year that things get interesting for the Pentium 4.

By the end of the first quarter of 2001 Intel expects the 1.5GHz Pentium 4 to completely take over the performance market segment, and thus paves the way for the 1.4GHz Pentium 4 to begin to be seen in the more expensive mainstream systems ($1,500 - $2,000).  In order to aid the Pentium 4’s transition to a mainstream processor, Intel will be releasing a 1.3GHz Pentium 4 in Q1-2001. 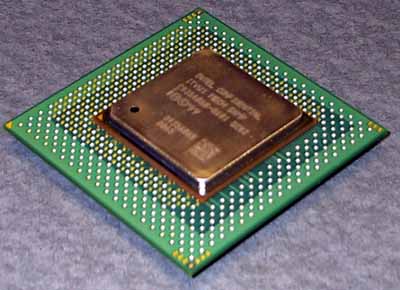 Also before the end of the first half of 2001 we can expect to see the Pentium 4 hit 1.7GHz, forcing the 1.5GHz part down into the mainstream market segment as well.

By the third quarter of next year Intel hopes to have a 2GHz Pentium 4 out and ready to take over at the top of the performance market segment.  At 2GHz the Pentium 4 could be quite a contender, especially if, by this time, it has a DDR SDRAM platform to reside on.  As you’ll see from AMD’s roadmap which we are going to be publishing shortly, the Athlon is set to hit 1.7GHz at around the same time the Pentium 4 hits 2GHz.  With a DDR platform, the Pentium 4 could begin to compete in the performance market segment.

Also in the third quarter Intel will be forcing the 1.4GHz Pentium 4 down another level, this time to be found in $1,200 - $1,500 systems.  Remember that this is around the same time that the 1.26GHz Tualatin-256 Pentium III will be released which could end up giving the 1.4GHz Pentium 4 quite a bit of competition.  At this point, the slowest Pentium III listed on Intel’s roadmap is the 1GHz processor with everything else dropped in favor of the higher clock speed Celerons.

By the end of 2001 2GHz will be the resting place for the Pentium 4 using the Willamette core, however we will see the introduction of a new Pentium 4 core before the year’s end.  In preparation for this, around Q3-2001 the Pentium 4 will be available in two flavors, a Socket-423 version (the initial Pentium 4 socket) and Socket-478 (mPGA478) version. 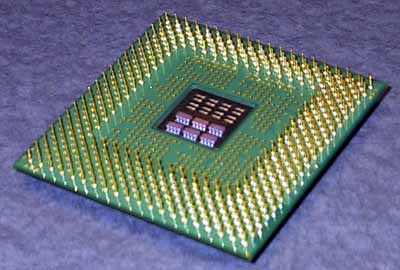 The Socket-423 Pentium 4 will be the first to debut

The reason for supporting the Socket-478 interface is because the next Pentium 4 core, codename Northwood, will be a Socket-478 only processor.  Not much is known about Northwood other than that it will debut before the end of next year at 2GHz or above and will most likely be a 0.13-micron part.  At this point, the Pentium III will be almost gone from Intel’s roadmap with the 1GHz, 1.13GHz and 1.26GHz (possibly higher) parts, all residing in the $1,000 - $1,200 mainstream market segment.