SanDisk is a household name as far as NAND storage is concerned. You can’t walk into an electronics retailer and not be bombarded with SanDisk made CompactFlash and SD cards. Rip open a tablet and you might find a SanDisk solution. Even the new $249 Cortex A15 based Chromebook uses a SanDisk iNAND device on-board. Similar to Intel/Micron, SanDisk and Toshiba jointly develop and manufacture their own NAND.

The brand is well known and its products are prevalent throughout the OEM space, but in retail SanDisk isn’t as strong as some of its competitors. Recently SanDisk has been hoping to change this with the release of several of its own branded SSDs: the SanDisk Ultra (SF-1200) and SanDisk Extreme (SF-2281). 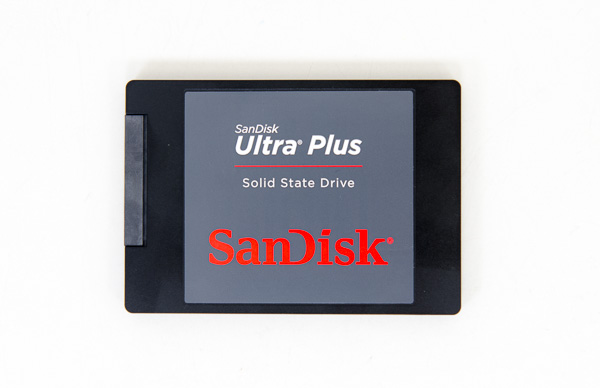 Like many other SSD companies once married to SandForce, SanDisk also looked elsewhere for controllers. And like many of those same companies, SanDisk ended up at the same place: Marvell.

Today SanDisk is announcing the Ultra Plus SSD, based on Marvell’s SS889175 6Gbps SATA/NAND controller. We’re more familiar with the SS889174 as it’s used in drives like Plextor’s M3 and Intel’s SSD 510. The 9175 is apparently a light version of the 9174, with a big focus on reducing power consumption. The controller (or at least its implementation in the Ultra Plus) features four independent NAND channels, perhaps a key to its low power consumption. 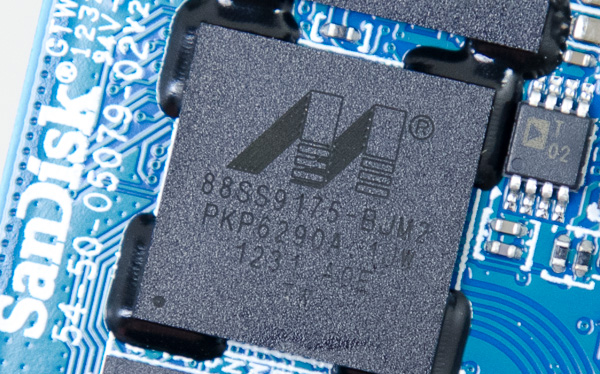 Marvell is a lot more affordable to integrate than SandForce, plus you get direct access to firmware source and the ability to develop your own from scratch; SanDisk’s choice here makes obvious sense.

The Ultra Plus uses SanDisk’s own 19nm eX2 ABL MLC NAND. This is 2-bit MLC NAND with a twist: there’s a portion of the NAND array that operates in an SLC or pseudo-SLC mode. SanDisk calls this its nCache, and the firmware can define how much of the NAND is used as an nCache. Given that the drive appears as a binary capacity to the OS, I’m assuming the total space used as the nCache fits within the ~7% spare area the firmware gets by default.

Small file writes are sent to the nCache to keep performance high, and idle time garbage collection likely dumps the nCache out to the much larger MLC array. The nCache was typically used as a way around having to use DRAM for data structure storage, but in the case of the Ultra Plus you get both: nCache + DRAM. I’m not sure there’s enough of an nCache in the Ultra Plus to make a big enough difference to justify the decision in this case. 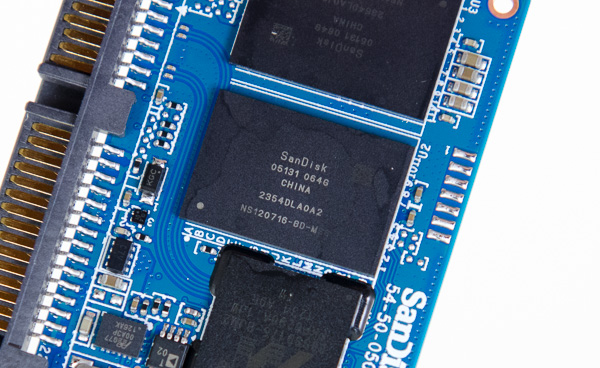 SanDisk sent us a 256GB Ultra Plus, which was equipped with 128MB of Samsung DDR2-800 DRAM in a single package. There are four SanDisk NAND packages on the extremely small PCB (64GB per package, 8 x 8GB die per package). 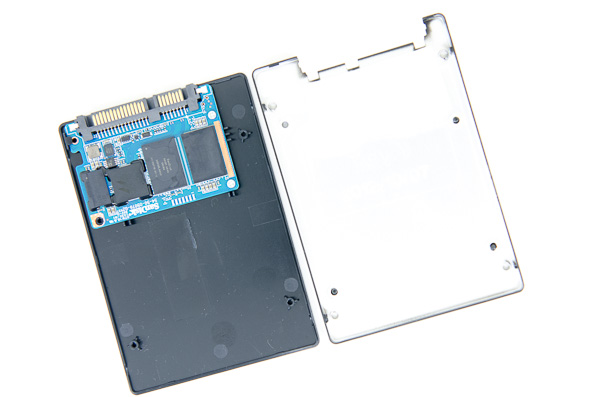 The MSRPs SanDisk quoted us seem relatively competitive with other value drives on the market today:

At the lower end of the market it’s tough to be significantly cheaper than the competition without a full process node advantage. SSD prices can be very volatile so you’re more likely to see these prices range a bit depending on supply in the channel and whatever rebates may be offered. These numbers at least tell us where SanDisk is aiming in the market.