As I mentioned before, the Intel Core i5-3570K at the core of the DigitalStorm Bolt Level 3 is really a gaming chip first and foremost. The i7-3770K looks great in synthetics and multimedia work, but for gaming the i5-3570K is the best value and generally not worth moving past. Along the same lines, the GeForce GTX 660 Ti in our review unit may not be the fastest card on the market, but it's one of the best values and one of the most balanced, and it pairs well with the CPU. 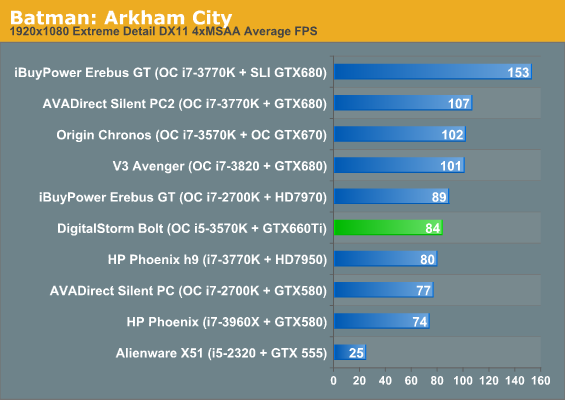 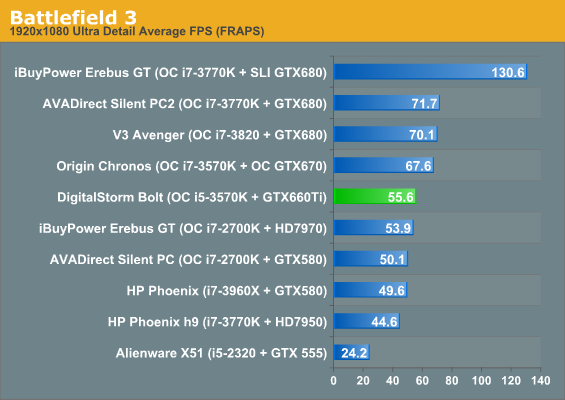 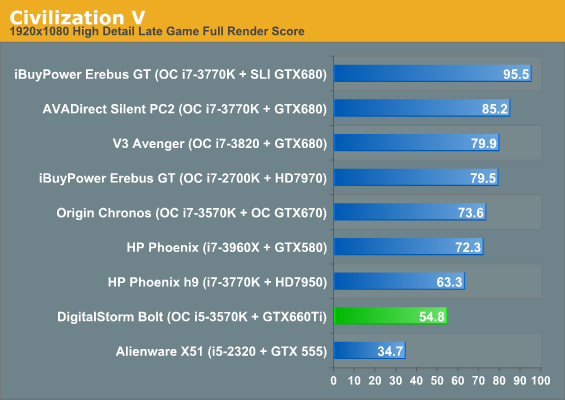 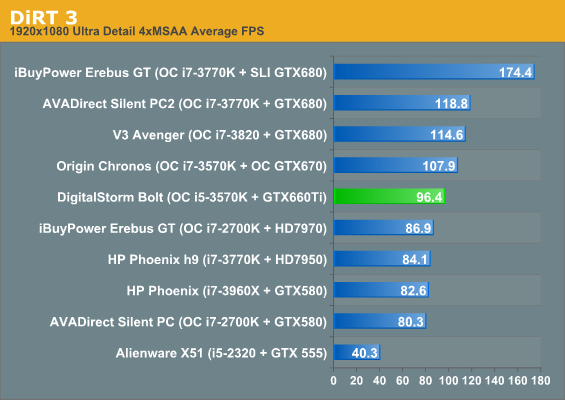 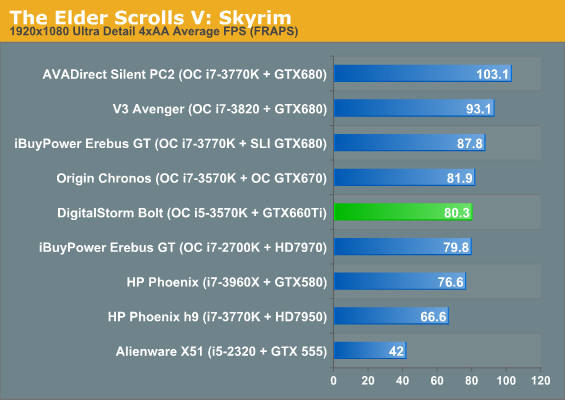 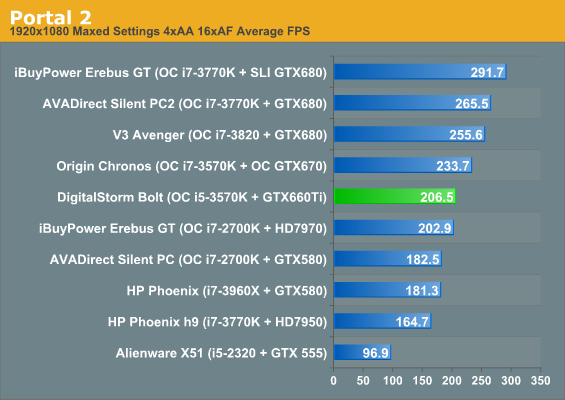 While the crippled 192-bit memory bus on the 660 Ti makes testing at surround resolutions more or less pointless, the card positively shines at 1080p. It meets or beats last generation's champion GTX 580 under most circumstances (barring a loss in Civilization V, where Kepler in general has had a little more trouble pulling away from Fermi.) Most gamers on garden variety 1080p panels are going to have no issues enjoying the 660 Ti, with anything faster really only becoming relevant in Battlefield 3.