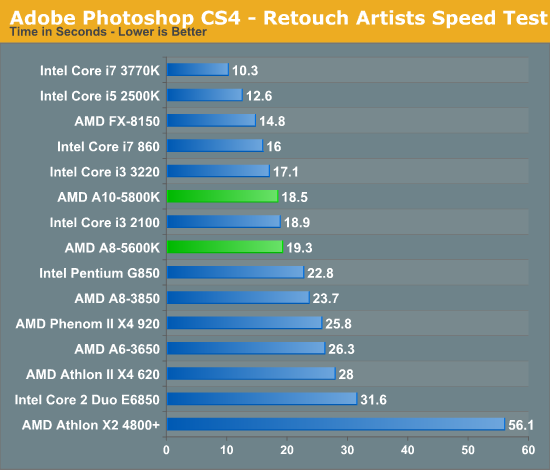 Our Photoshop workload still runs better on Intel hardware, but the gap in performance between the 5800K and 3220 is smaller than it was between the FX-8150 and 2500K last year. While Bulldozer was pretty much unrecommendable, Trinity approaches tradeoff territory. 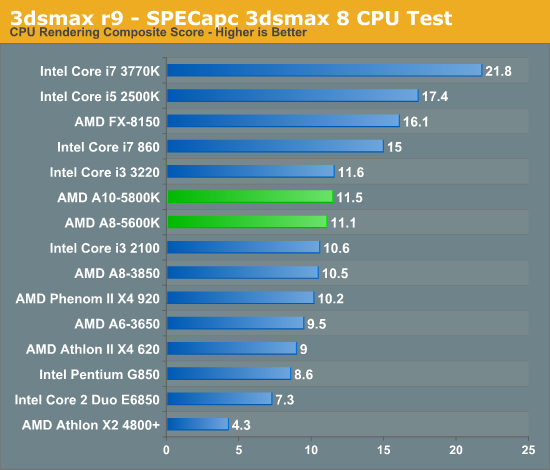 Once again in a heavily threaded FP benchmark, the A10 and Core i3 perform very similarly. POV-Ray is another example of this below: 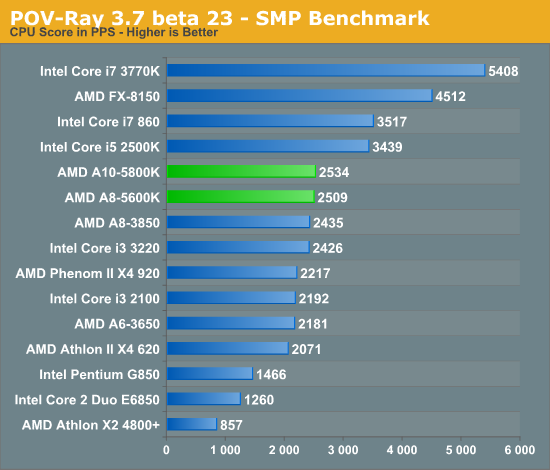 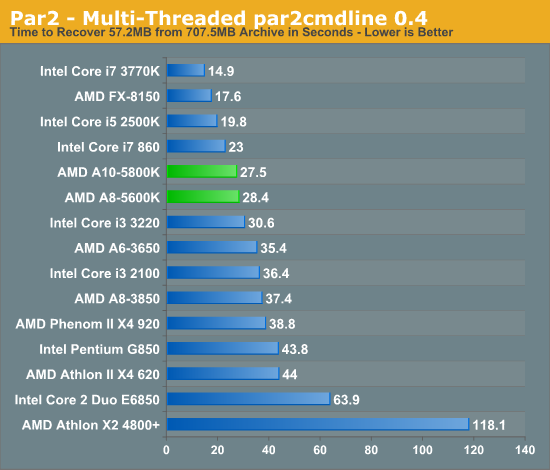 Our multithreaded Par2 recovery test shows AMD with a small advantage over the Core i3 3220, although it obviously can't touch any of the more expensive quad-core parts. 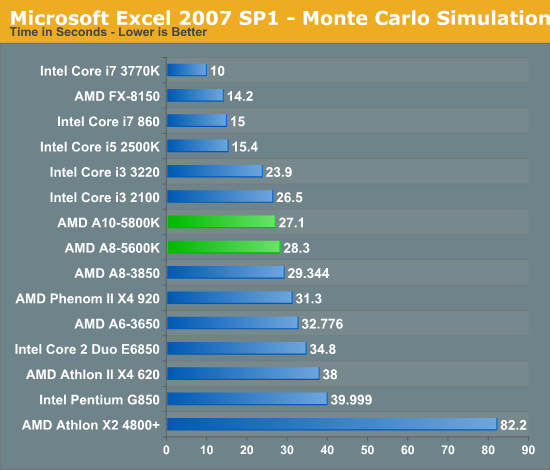 Not all heavily threaded FP applications are easy wins for AMD. In our Monte Carlo simulation benchmark the 3220 manages a decent lead over the A10-5800K. 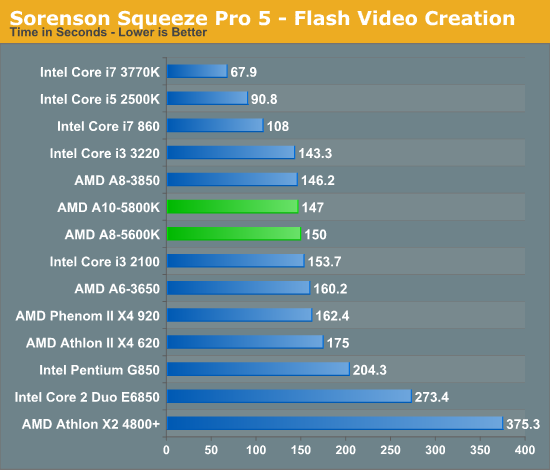 Our old Sorenson Squeeze test is one area where we see a slight regression compared to Llano. Like I mentioned earlier, this isn't super common but it does happen from time to time given the dramatic architecture difference between Llano and Trinity.