We’ll keep the running commentary short here, but as we’ll see in our results, power target overclocking alone doesn’t produce a particularly significant result here. Our GTX 660 already runs so close to its maximum boost clock so often that simply allowing it to draw more power doesn’t allow it to clock up all that much higher.

So for significant overclocking we need to turn to utilizing the power target alone with clock offsets. With those offsets in place we’ve increased our power target limits, core clock, and memory clock all by roughly 10%. Overclocked performance as a result is between 8% and 12% better than the stock GTX 660, which for ROP or memory bandwidth-limited game is more than enough to usurp the stock GTX 660 Ti.Meanwhile for games that are heavily shader-bound the 10% overclock will still leave the GTX 660 well behind the stock GTX 660 Ti. 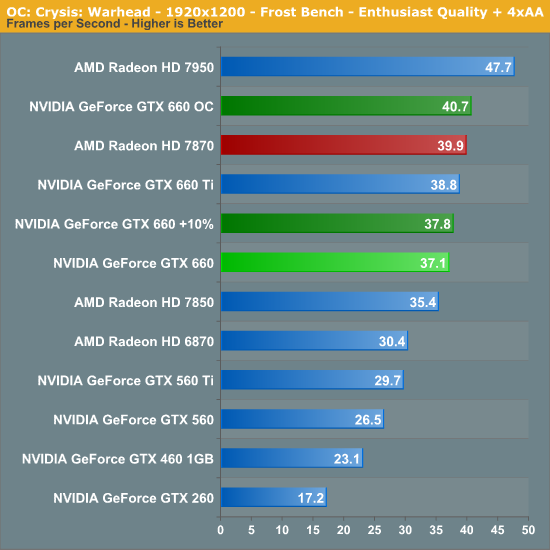 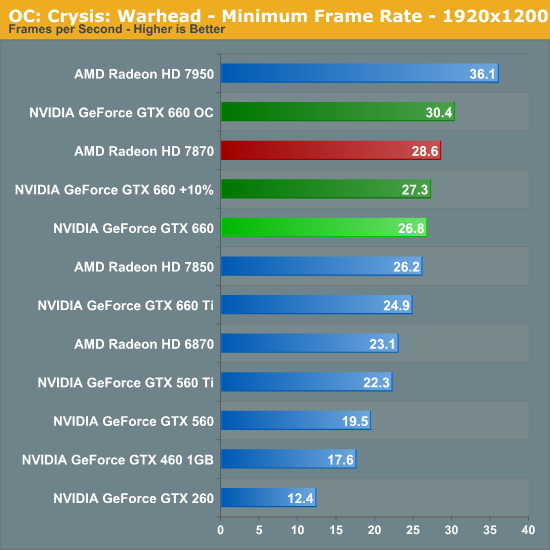 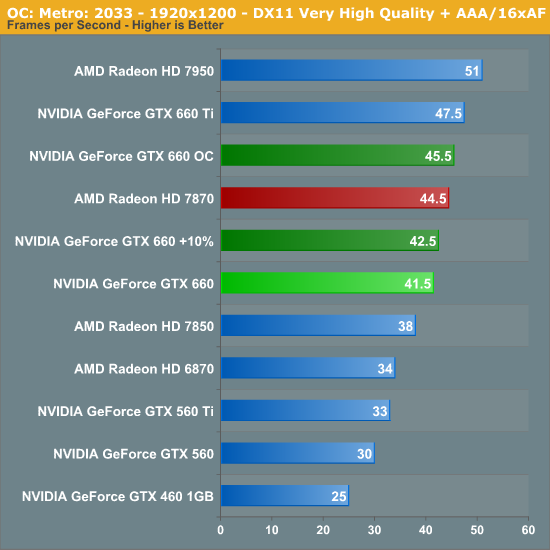 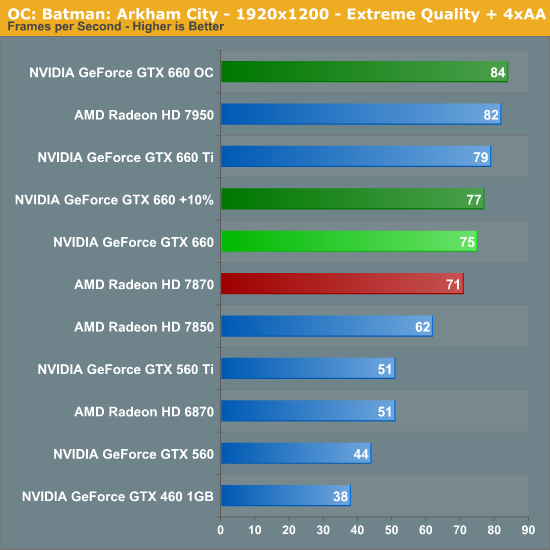 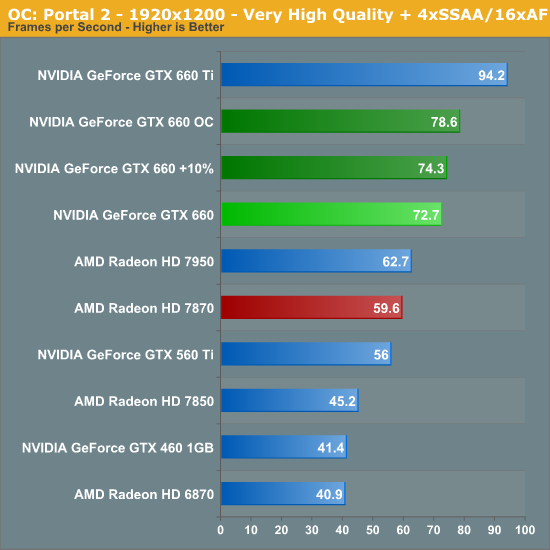 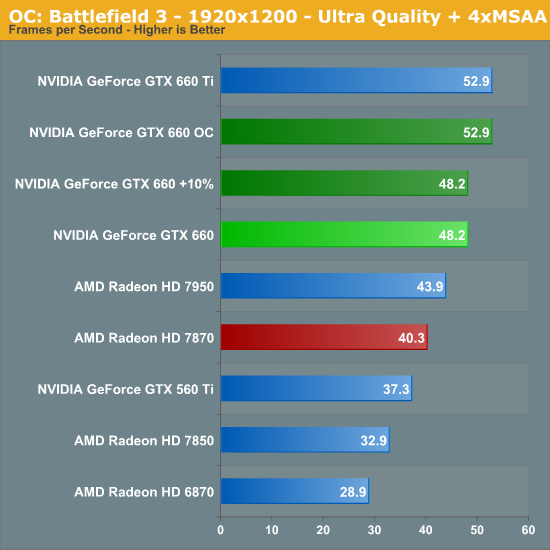 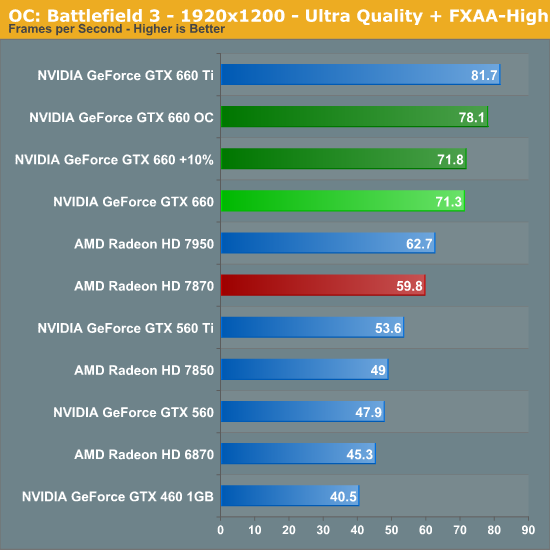