Live from the Motorola On Display Event

Having just finished up with the Lumia 920 and 820 at Nokia's Windows Phone 8 event, I just got seated at Motorola's On Display event. Expect live coverage right here starting in about 30 minutes! 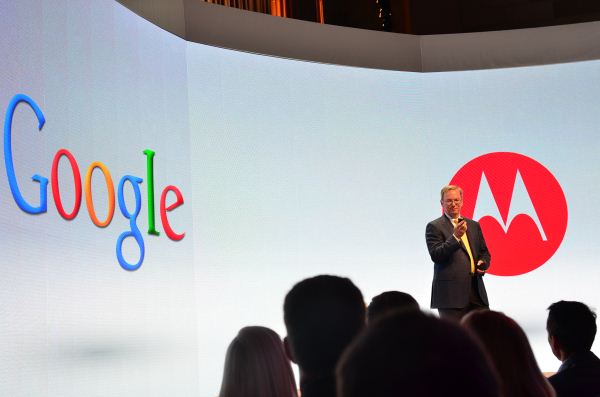 Eric is talking about how we got here. How we went from cellphones to pocket supercomputers, our current smartphones.

A couple new devices being introduced today, the new Motorola starts today. We're going to learn about the direction the company is going to take, post-Google-acquisition. 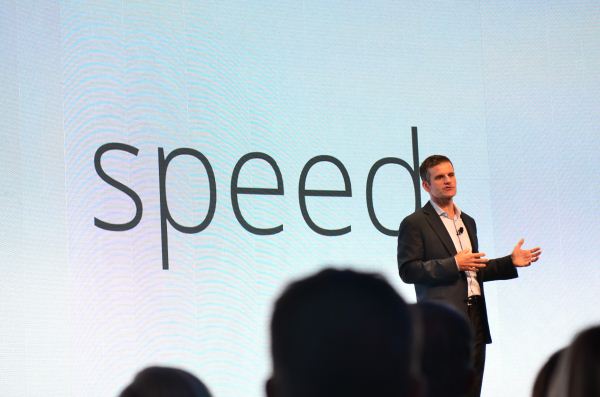 Three big bets, the first one is speed and 4G LTE (I like this one). The second bet is on power management. It sounds like we're headed towards a discussion of the benefits of Qualcomm's 28nm SoCs with integrated LTE. The third bet is Android.

"If users want the best Android device, they should be looking at a Motorola device."

All devices that launch today will have Jelly Bean by the end of the year. Developer editions of the phones announced today will also be made available.

Most devices launched in 2011 will be upgraded to Jelly Bean soon. Owners who don't get a Jelly Bean upgrade will be given a $100 discount on an upgrade to any of the phones announced today.

Announcing the next generation of Droid RAZRs. 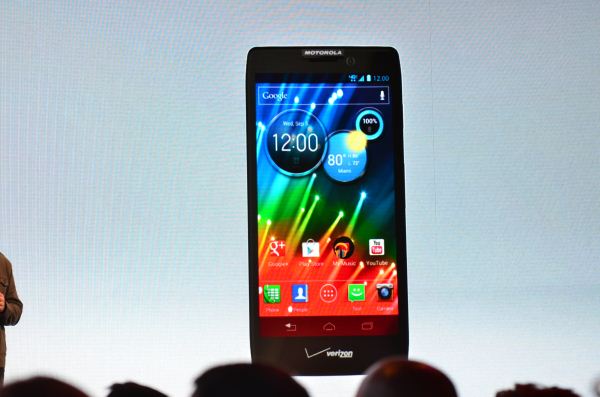 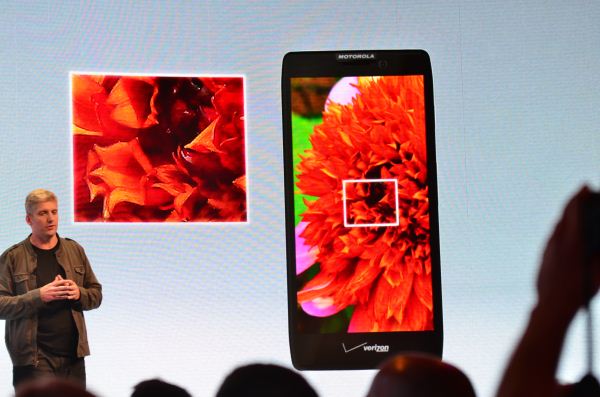 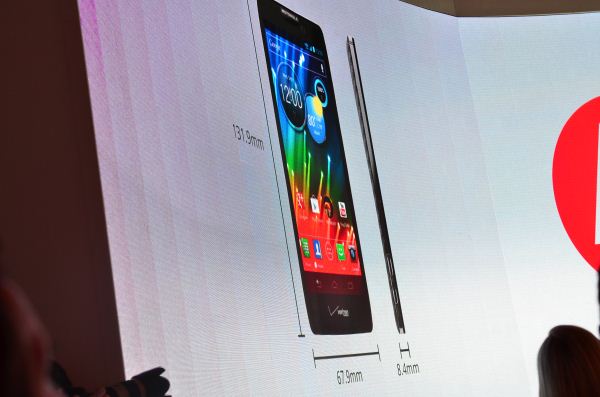 Droid RAZR MAXX HD: same specs as the RAZR HD, with a larger battery and 32GB of storage. Both of these will be available in stores before the end of the year. 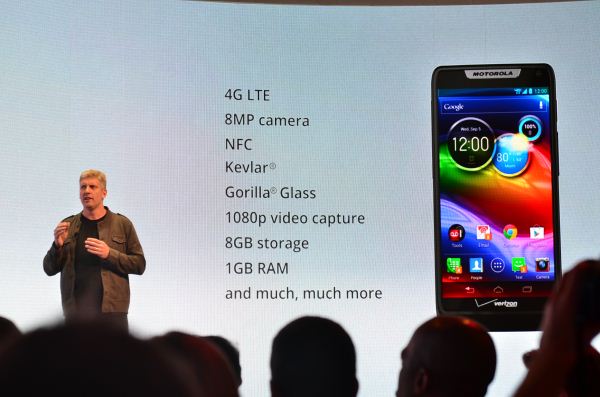 Jelly Bean will be coming to all of these devices, Jelly Bean betas at the event today, but shipping with ICS initially.