Our final task is our look at the overclocking capabilities of our GTX 660 Ti cards. Based on what we’ve seen thus far with GTX 660 Ti, these factory overclocked parts are undoubtedly eating into overclocking headroom, so we’ll have to see just what we can get out of them. The very similar GTX 670 topped out at around 1260MHz for the max boost clock, and between 6.6GHz and 6.9GHz for the memory clock.

As we suspected, starting with factory overclocked cards isn’t helping here. Our Zotac card wouldn’t accept any kind of meaningful GPU core overclock, so it shipped practically as fast as it could go. We were able to squeeze out another 200MHz on the memory clock though.

Altogether these are sub-5% GPU overclocks, and at best 10% memory overclocks, which all things considered are fairly low overclocks. The good news is that reference-clocked cards should fare better since their headroom has not already been consumed by factory overclocking, but binning also means the best cards are going to be going out as factory overclocked models.

Moving on to our performance charts, we’re going to once again start with power, temperature, and noise, before moving on to gaming performance. 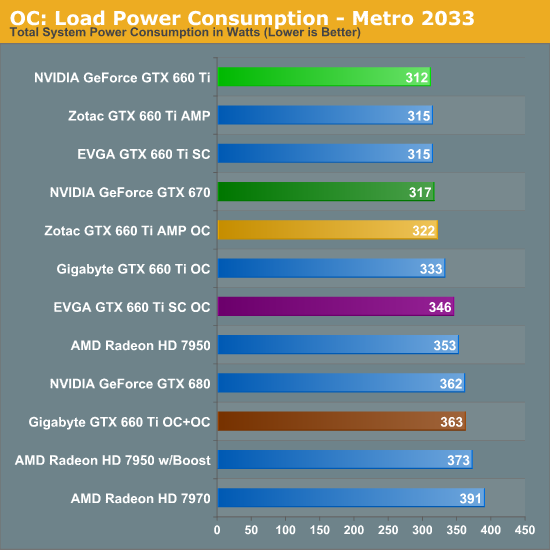 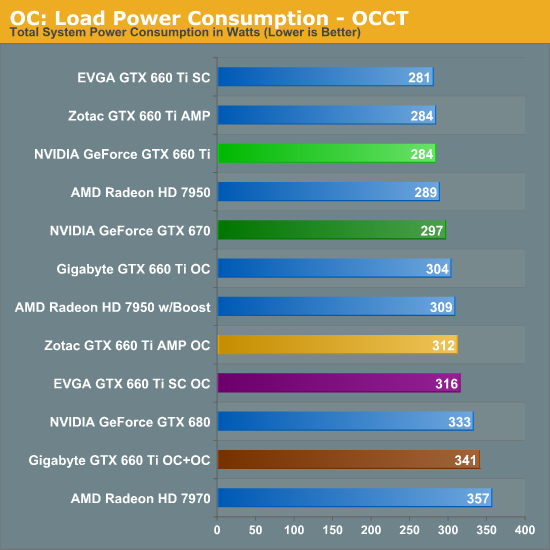 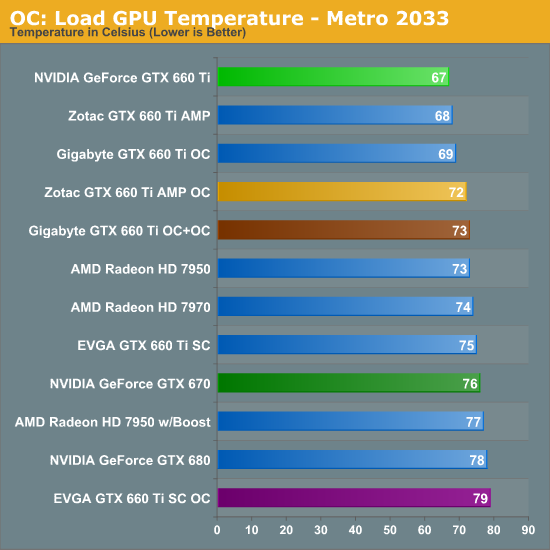 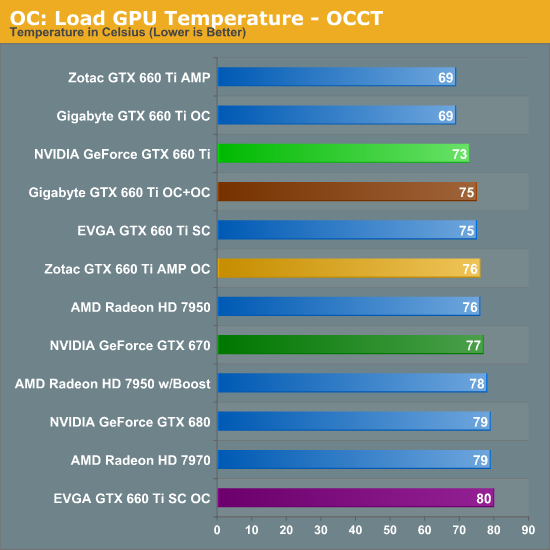 We also see the usual increase in load temperatures due to the increased power consumption.  The Zotac and Gigabyte cards fare well enough due to their open air coolers, but the blower-type EVGA card is about as high as we want to go at 80C under OCCT. 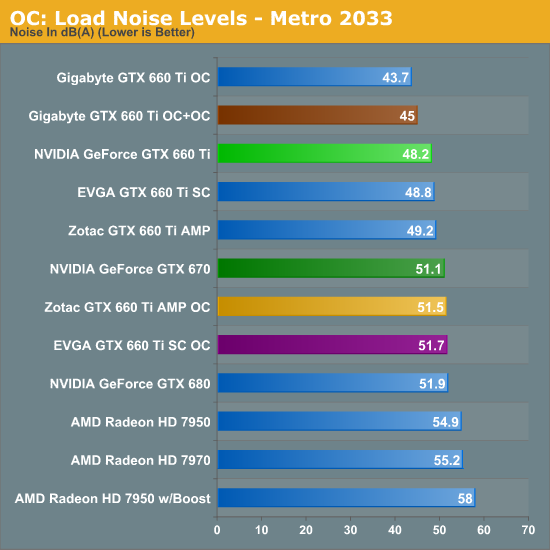 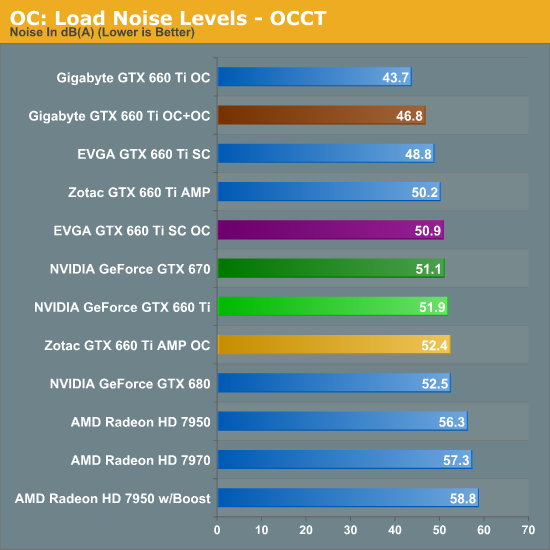 Last but not least, looking at noise levels we can see an increase similar to the temperature increases we just saw. For the Zotac and EVGA cards noise levels are roughly equal with the reference GTX 680, which will be important to remember for when we’re looking at performance. Meanwhile the Gigabyte card continues to shine in these tests thanks to its oversized cooler; even OCCT can only push it to 46.8dB.