Our final task is our look at GTX 670’s overclocking capabilities. Based on what we’ve seen thus far with GTX 670, it looks like NVIDIA is binning chips based on functional units rather than clockspeeds. As a result GTX 670 could have quite a bit of overclocking potential, albeit one still limited by the lack of voltage control.

Because of the wider gap between base clock and boost clock on the GTX 670 we see that it doesn’t overclock quite as far as GTX 680 from a base clock perspective, but from the perspective of the maximum boost clock we’ve slightly exceeded the GTX 680. Depending on where a game lands against NVIDIA’s power targets this can either mean that an overclocked GTX 670 is faster or slower than an overclocked GTX 680, but at the same time it means that overclocking potential is clearly there.

We’re also seeing another strong memory overclock out of a GK104 card here. GTX 680 only hit 6.5GHz while GTX 690 could hit 7GHz. GTX 670 is only a bit weaker at 6.9GHz, indicating that even with the relatively small PCB that NVIDIA can still exceed the high memory clocks they were shooting for. At the same time however this is a luck of the draw matter.

Moving on to our performance charts, we’re going to once again start with power, temperature, and noise, before moving on to gaming performance. We’ll be testing our GTX 670 cards at both stock clocks with the maximum power target of 122% (170W) to showcase what is possible at validated clockspeeds with a higher power cap, and a true overclock with a maximum power target along with the largest clock offsets we can achieve. 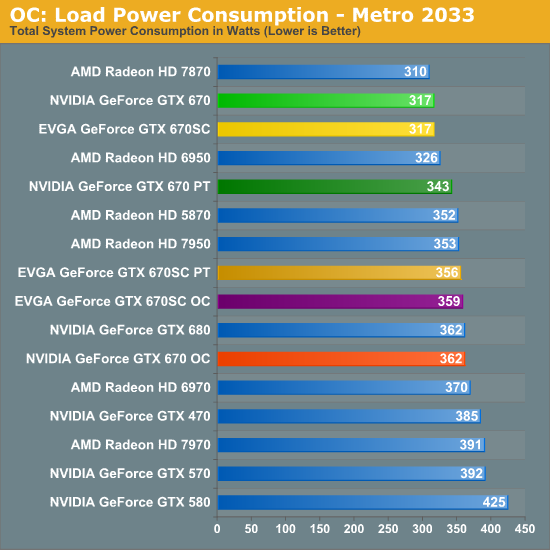 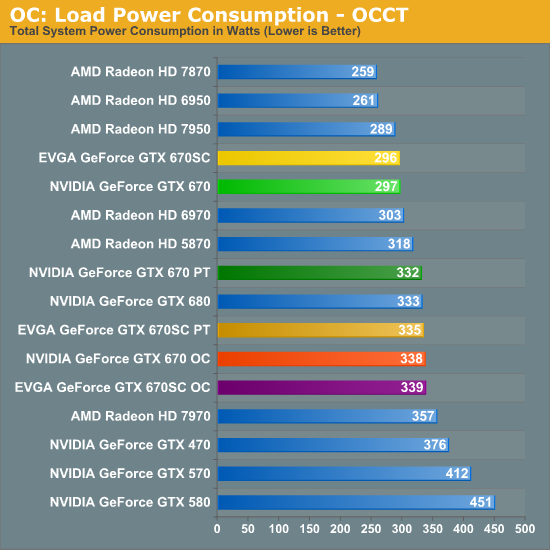 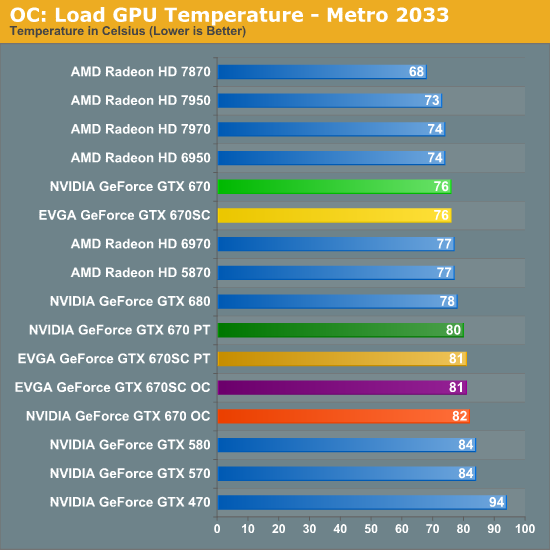 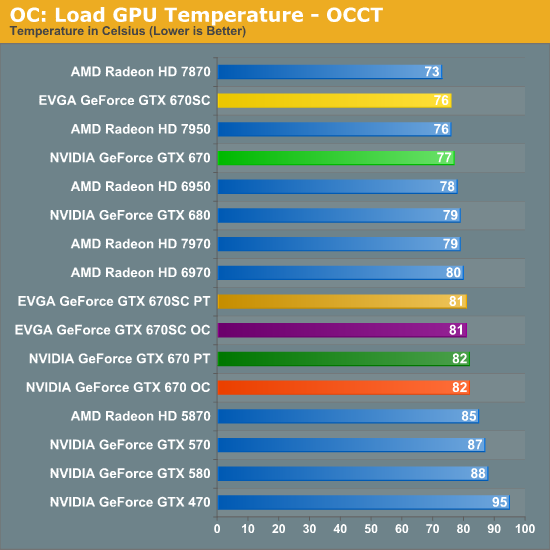 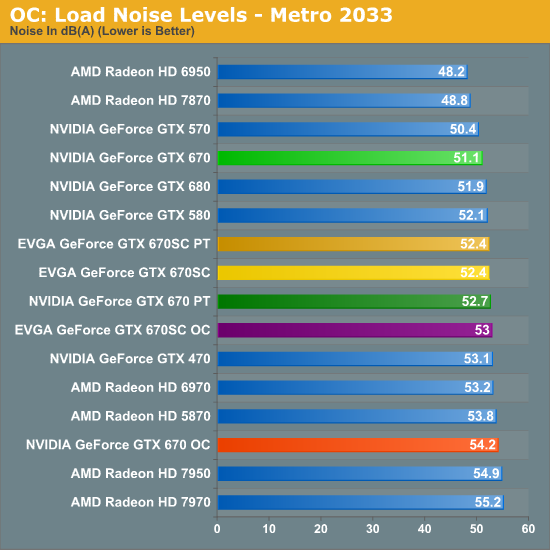 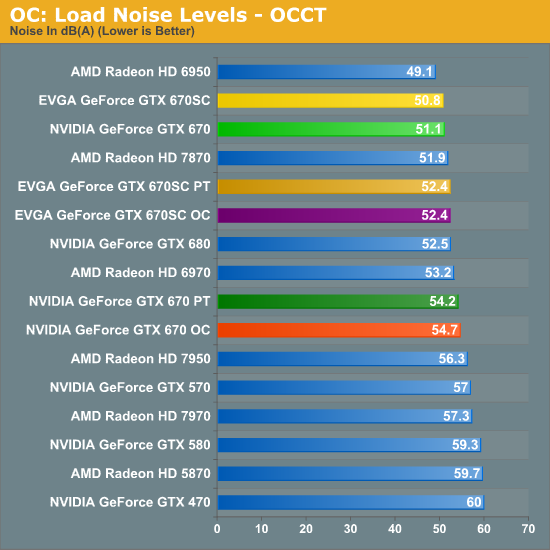 Finally, when it comes to noise we’re also seeing the expected increase, but again it’s rather small. Under Metro the amount of noise from the reference GTX 670 rises by under 3dB when pushing the power target higher on its own, while it rises 3dB when adding in our full overclock. Again the smaller cooler means that the GTX 670’s fan has to work harder here, which means our gaming performance may be able to reach the GTX 680, but our noise is going to slightly exceed it. As a point of reference, in the process we’ll also exceed the GTX 580’s noise levels under Metro. Still, in both OCCT and Metro none of our GTX 670 cards exceed the Radeon HD 7900 series, which means we've managed to increase our performance relative to those cards without breaching the level of noise they generate in the first place.