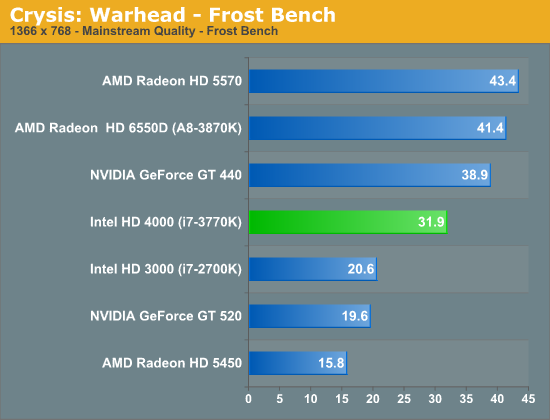 In our highest quality benchmark (Mainstream) settings, Intel's HD Graphics 4000 is 55% faster than the 3000 series graphics in Sandy Bridge. While still tangibly slower than AMD's Llano (Radeon HD 6550D), Ivy Bridge is a significant step forward. Drop the quality down a bit and playability improves significantly: 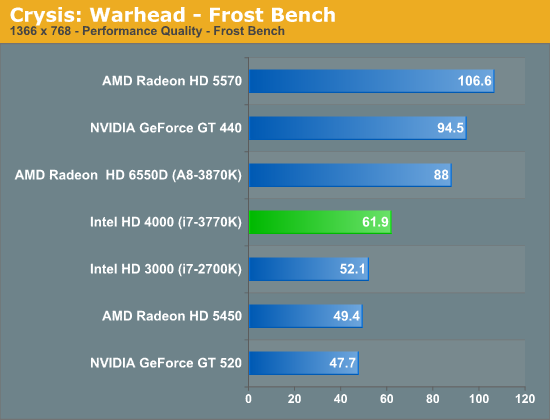 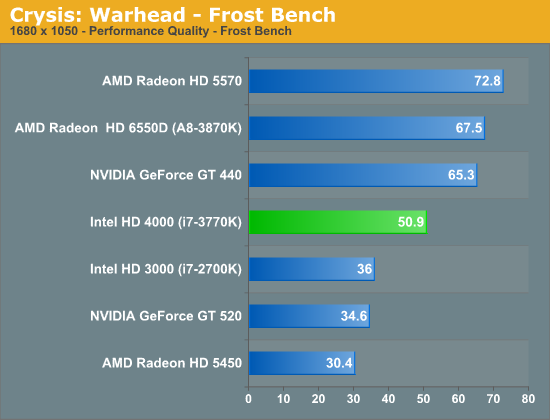 Over 50 fps at 1680 x 1050 from Intel integrated graphics is pretty impressive. Here we're showing a 41% increase in performance compared to Sandy Bridge, with Llano maintaining a 33% advantage over Ivy. I would've liked to have seen an outright doubling of performance, but this is a big enough step forward to be noticeable on systems with no discrete GPU.