The Lineup: Quad-Core Only for Now

Very telling of how times have changed is that today's Ivy Bridge launch only comes with a single Extreme Edition processor—the Core i7-3920XM, a mobile part. There are some great enthusiast desktop parts of course, but as with Sandy Bridge the desktop Extreme Edition is reserved for another platform. In this case, we're talking about LGA-2011 which won't launch in an Ivy flavor until the end of this year/early next year at this point. 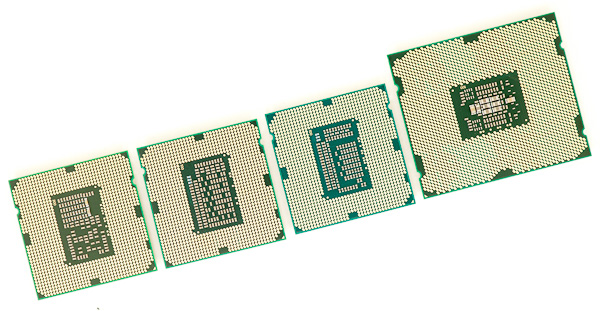 Contrary to everything I've been saying thus far however is the nature of the launch: only quad-core parts will be available first. The dual-core, and more importantly for Ivy Bridge, the ultra low voltage parts won't come until May/June. That means the bigger notebooks and naturally the performance desktops will arrive first, followed by the ultraportables, Ultrabooks and more affordable desktops. This strategy makes sense as the volumes for expensive quad-core notebooks and performance desktops in general are lower than cheaper dual-core notebooks/desktops. From what I've heard, the move to 22nm has been the most challenging transition Intel's fab teams have ever faced, which obviously constrains initial supplies.

There are five 77W desktop parts launching today, three 65W parts and one 45W part. The latter four are either T or S SKUs (lower leakage, lower TDP and lower clocked parts), while the first five are traditional, standard power parts. Note that max TDP for Ivy Bridge on the desktop has been reduced from 95W down to 77W thanks to Intel's 22nm process. The power savings do roughly follow that 18W decrease in TDP. Despite the power reduction, you may see 95W labels on boxes and OEMs are still asked to design for 95W as Ivy Bridge platforms can accept both 77W IVB and 95W Sandy Bridge parts.

We've already gone through Ivy's architecture in detail so check out our feature here for more details if you haven't already.

The successful K-series SKUs are front and center in the Ivy lineup. As you'll remember from Sandy Bridge, anything with a K suffix ships fully unlocked. Ivy Bridge K-series SKUs support multipliers of up to 63x, an increase from the 57x maximum on Sandy Bridge. This won't impact most users unless you're doing any exotic cooling however.

If you don't have a K in your product name then your part is either partially or fully locked. Although this doesn't apply to any of the CPUs launching today, Ivy Bridge chips without support for turbo are fully locked and cannot be overclocked. 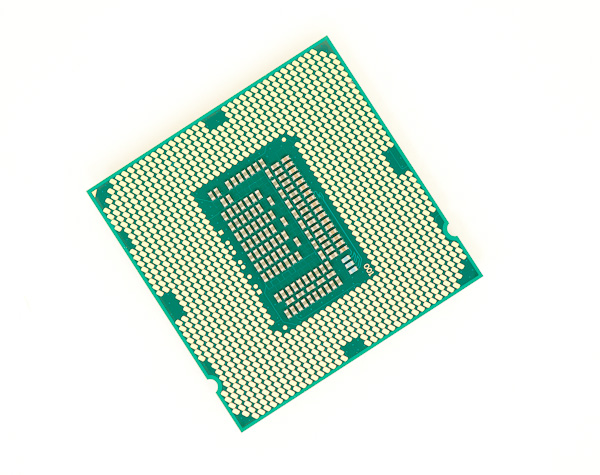 If your chip does support turbo boost, then you can overclock via increasing turbo ratios by as much as 4 bins above their standard setting. For example, the Core i7 3550 has a max turbo frequency of 3.7GHz with a single core active. Add another four bins (4 x 100MHz) and you get a maximum overclock of 4.1GHz, with one core active. The other turbo ratios can also be increased by up to four bins.

The 3770K is the new king of the hill and it comes in $19 cheaper than the hill's previous resident: the Core i7 2700K. The non-K version saves you $16 compared to Sandy Bridge. The deltas continue down the line ranging ranging from $10—$19.

Unlike the Sandy Bridge launch, Intel is offering its high-end GPU on more than just K-series desktop parts right away. It is also differentiating K from non-K by adding another 100MHz to the base clock for K series parts. While the Core i7 2600K and Core i7 2600 both ran at 3.3GHz, the 3770 runs at 3.4GHz compared to the 3770K's 3.5GHz. It's a small difference but one that Intel hopes will help justify the added cost of the K.

Classic feature segmentation is alive and well with Ivy Bridge. In the quad-core lineup, only Core i7s get Hyper Threading—Core i5s do not. When the dual-core Core i3s show up in the coming months they will once again do so without support for turbo boost. Features like VT-d and Intel TXT are once again reserved for regular, non-K-series parts alone.