For Intel, answering the looming ARM threat is obviously hugely important for the future, and it recognizes that - look no further than the restructuring of the Intel Architecture Group. The fire was lit with the impending arrival of Windows On ARM (WOA), at which point the line between traditional ARM-dominated smartphone/tablet SoCs and a real desktop class compute platform will start getting blurry, fast.

The other trend in the SoC space is slowly arranging all the pieces of the puzzle to truly deliver a complete System On Chip. In addition to CPU, GPU, and video encode/decode, those who will be the most successful and emerge as dominant players in the SoC space will need to bring baseband, GNSS, bluetooth, WLAN, and RF all onboard. Almost everyone gets that trend - Nvidia is adding baseband with Icera, Qualcomm has baseband and has added WLAN and Bluetooth with Atheros, Intel added baseband with Infineon and ISP with SiliconHive. Further, it has Gen graphics in the future for both GPU and video encode/decode. Look no further than the last slide of one of its slide decks and you'll see an illustration showing precisely what I'm talking about - pieces of the puzzle coming together.

We understand the motivation for building a smartphone SoC (computing is going even more mobile) and the integration necessary to get there (Intel owns a lot of IP blocks + Moore's Law), so how did Intel's first attempt fare? In short, reasonably well.

The Atom Z2460 in the X900 is a competent dual-core Cortex A9 competitor with competitive battery life and power draw, and no doubt Z2580 (its dual core, SGX544MP2 high end counterpart clearly targeted at Windows 8 platforms) will be equally as competitive against quad core A9s. If Intel's goal with both Medfield and the X900 was to establish a foothold in the smartphone SoC space and demonstrate that it can indeed deliver x86 in a smaller form factor and lower power profile than ever before then it truly is mission accomplished.

The x86 power myth is finally busted. While the X900 doesn't lead in battery life, it's competitive with the Galaxy S 2 and Galaxy Nexus. In terms of power efficiency, the phone is distinctly middle of the road - competitive with many of the OMAP 4 based devices on the market today. If you've been expecting the first x86 smartphone to end up at the bottom of every battery life chart, you'll be sorely disappointed.

There is however a big difference between middle of the road and industry leading, which is really the next step that we need to see from Intel. If Motorola is able to fit a 23% larger battery in a significantly thinner phone (Droid RAZR) then we need to see the same with Medfield. As Intel's major branded launch partner, we have high hopes that Motorola will deliver just that later this year.

The performance side is obviously even more competitive. Atom isn't always industry leading in our tests, but the X900 is rarely more than a couple places away from the top (with the exception of GPU performance of course, but that's a matter of licensing a different IP block in future versions). For a reference design that an Intel partner can just buy, barely customize, and ship - that's not bad at all. Smartphone vendors spend a considerable amount of time building phones that perform well - Intel's offer to internalize much of that can be either scary or amazing depending on who you're talking to. 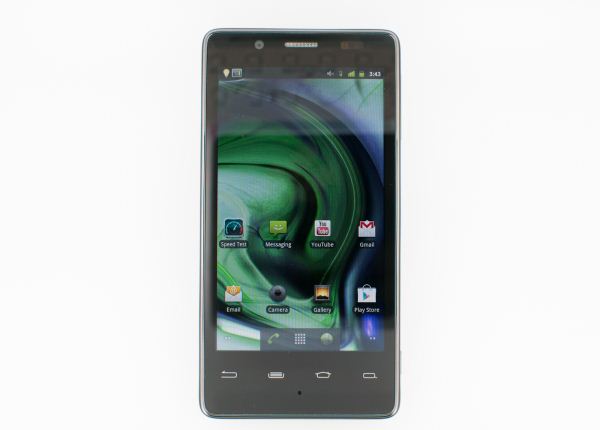 There's always going to be room for design and software customization, but ultimately only those vendors who are good at those types of things will be able to survive if Intel's direct FFRD route succeeds. It's unsurprisingly very PC-like, where differentiation doesn't really happen at the motherboard level but rather at the system level. I can see both good and bad that could come of this, but the initial outcome should be positive. The results of this initial FFRD turned commercial device demonstrate that Intel is absolutely a competent system integrator itself, with an awesome display, camera, and other component choices.

The software compatibility story, like the concern over power consumption, is also a non-issue. The vast majority of apps we tried just worked, without any indication that we were running something intended for a different instruction set. There are still a few rough edges (e.g. Netflix), but if Intel is able to get things working this well at launch, the situation will only improve going forward.

Ultimately Intel's first smartphone is a foot in the door. It's what many said couldn't be done, and it's here now. What it isn't however is a flagship. To lead, Intel needs an updated Atom architecture, it needs to be on 22nm, and it needs a faster GPU - at a minimum. All of this needs to come in a reference design that's not just good enough, but better than the rest.

On the one hand it's a good thing that you can't tell an Intel smartphone apart from one running an ARM based SoC, on the other hand it does nothing to actually sell the Intel experience. Intel is never taken seriously in markets where it relies on being good enough, and it moves mountains in those where it's the best. That's what Intel needs to really build credibility in the smartphone space. A little was earned by getting this far, but its reputation will be made based on what happens next. There's obviously a strategy here, but I'm curious to see it unfold. Intel can be a fierce competitor in any space where it feels threatened. What I'm waiting for is that Conroe moment, but in a smartphone. 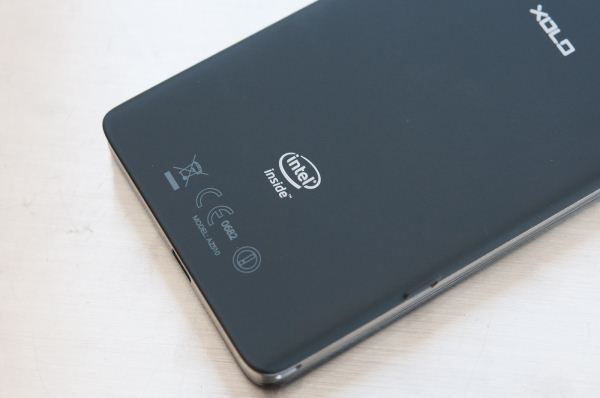 We waited years for Intel's first smartphone, now the question is how long do we have to wait for the first irresistable one?