The PowerVR SGX 540 in Medfield is no different from what you'd get in an OMAP 4460, with the exception that it's clocked a bit higher at 400MHz.

The SGX 540 here is a remnant of Intel's earlier strategy to have Medfield out far sooner than it actually is going to show up on the market. Thankfully Intel has plans to introduce a PowerVR SGX 543MP2 based Medfield successor also before the end of the year. 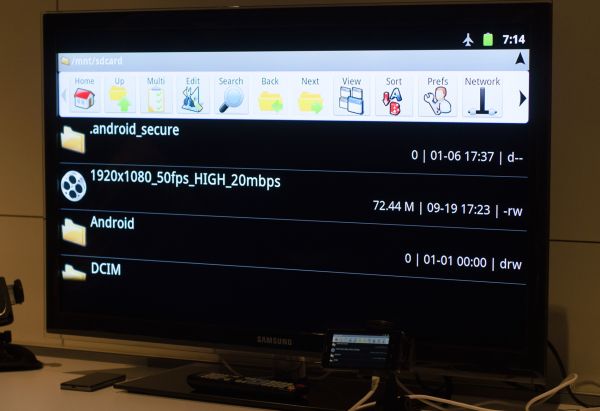 Medfield's ISP is provided by Intel owned Silicon Hive. The ISP supports cameras ranging from 5MP to 16MP (primary sensor), with the reference design standardizing on an 8MP sensor. Medfield supports burst capture at up to 15 fps (8MP).

Medfield debuts on Intel's 32nm LP process. The only details we have from Intel are that leakage is 10x lower than the lowest on 45nm. Compared to Moorestown, Medfield boasts 43% lower dynamic power or 37% higher frequency at the same power level.

The bigger and more valid comparison is to TSMC's 28nm process, which is what companies like Qualcomm will be using for their next-generation SoCs. It's unclear (and very difficult) to compare different architectures on different processes, but it's likely that Intel's 32nm LP process is more comparable to TSMC's 28nm LP process than it would be to any 4x-nm node.

It is important to note that Intel seems very willing to sacrifice transistor density in order to achieve lower power consumption where possible. I don't believe Intel will have the absolute smallest die sizes in the market, but I also don't believe it's clear what the sweet spot is for mobile SoCs at this point. It's quite likely that Apple's ~120mm^2 target is likely where everyone will eventually end up in the near term.

Although Medfield is already posting competitive performance numbers, its current competition is roughly a year old. Within the next two quarters we'll see smartphones and tablets shipping based on Qualcomm's Krait. The next-generation Snapdragon platform should be Cortex A15-like in its performance level

Today we have Medfield, a single core Atom paired with a PowerVR SGX 540 built on Intel's 32nm LP process. Before the end of the year we'll see a dual-core Atom based Medfield with some form of a GPU upgrade. I wouldn't be too surprised to see something like a PowerVR SGX 543MP2 at that point either. In tandem Intel will eventually release an entry level SoC designed to go after the more value market. Finally we'll see an Intel Atom based SoC with integrated Intel baseband from its Infineon acquisition - my guess is that'll happen sometime in 2013.