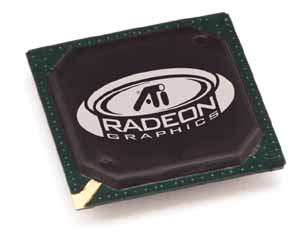 Although they have come very close in recent times, ATI has always fallen short of being able to deliver a truly high performance gaming video card.  The example that comes to mind is the ATI Rage 128.  When we previewed the solution back in December of 1998, the Rage 128 was able to give NVIDIA’s Riva TNT a run for its money while at the same time providing us with the illusion of 32-bit color rendering with virtually no performance penalty.  We later found out that the performance penalty was in fact there, just masked by poor 16-bit color performance, but at the time, the Rage 128 seemed to be the best 2D/3D gaming solution.

Had the Rage 128 been available in December when we first looked at it, it would have definitely found its way into the systems of holiday buyers that were looking for a better gaming experience.  However, it wasn’t until a few months later that the Rage 128 finally made its way onto store shelves, and by that time, 3dfx and NVIDIA were ready with their Voodoo3 and TNT2 products that had no problem dominating the aging Rage 128 architecture.

ATI’s most recent attempt was the Rage Fury MAXX, a brute force attempt to compete with NVIDIA’s high performing GeForce.  While the MAXX performed much more competitively than the Rage 128 at its release, and while the MAXX did come out in a reasonable time frame, the solution was plagued by the usual ATI driver problems and a number of other issues such as not being able to work properly on VIA Apollo Pro 133A/KX133 motherboards until a recent beta driver was made publicly available.

ATI is at it again, this time making some extremely powerful statements about what their next-generation product is capable of doing.  At this year’s WinHEC, ATI unveiled their Rage6C core which will be sold under the name Radeon 256.

Corresponding to a new series of products, the Radeon name will replace the Rage name as the next-generation of graphics solutions from ATI.  ATI is betting quite a bit on the success of the Radeon 256, and it will have to be more successful than the Rage line it is replacing in order for that bet to pay off.

While we don’t have a card to dazzle you with, or pages of benchmarks for you to surf through, we do have an interesting preview of exactly what is behind what ATI claims will be the fastest desktop level graphics accelerator upon its release.

Let’s take a look at the technology behind the Radeon 256.