AMD's brand-new Radeon HD 7970 is officially on sale, though as of this writing it's sold out practically everywhere. Unlike the sneakily rebranded OEM-targeted 7000-series cards, the 7970 is the first card in AMD's Southern Islands lineup, and is its first card to be built on TSMC's 28nm node. Ryan and Anand have already spilled plenty of ink about the new architecture - Ryan's full review is here, or you can check here for a quick and dirty version.

As we did for NVIDIA's GeForce GTX 560 Ti with 448 Cores, I'll be rounding up all of the freshly-launched cards and comparing their sizes, coolers, prices, pack-ins, and other features. One thing you'll notice as we move through the pack is that there's much less variance than with the NVIDIA card - the GTX 500 series has been around for awhile, and NVIDIA's partners have had plenty of time to develop their own specialized coolers and PCBs. Likewise, since this is such a new card, expect availability and prices to vary as inventories are depleted and competing products are released.

There are a whopping eight 7970s to look at today, but with the exception of an offering from XFX, we're looking at mostly reference designs. See the tables below for comparison.

The chart above serves to highlight the differences between the cards, where there were any. Common to every card here is 3GB of GDDR5 on a 384-bit bus and the same compliment of outputs: two Mini DisplayPorts, an HDMI port, and a single DVI-I port. All cards listed require one 6-pin and one 8-pin power connector, and use a dual-slot cooler.

Something interesting I noticed while comparing these cards was that, while most of them use identical or near-identical reference designs, measurements varied quite a bit between cards - the variance is rarely more than a complete inch in any dimension, but it's enough to make me wonder how these manufacturers are getting these measurements. 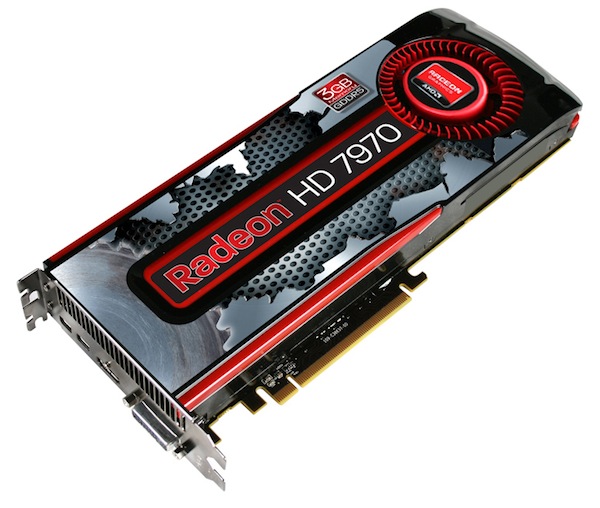 Like most of the cards we're looking at, the Diamond card mostly sticks to AMD's reference design and its stock clocks - so many of these cards meet that description that we'll probably blow through most of these. Its $559.99 price is $10 more than some of the competition, but its 5-year warranty is the second best on offer here. 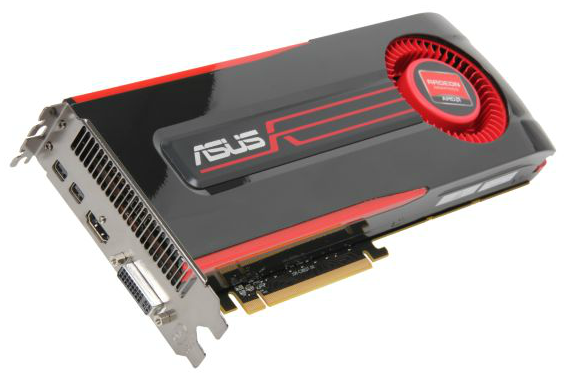 Another reference card with stock clocks, the ASUS card does include a solid clutch of accessories and a decent 3-year warranty, but it does fetch a $40 premium over the Sapphire, PowerColor, HIS, and Gigabyte cards (the latter of which also includes a 3-year warranty). 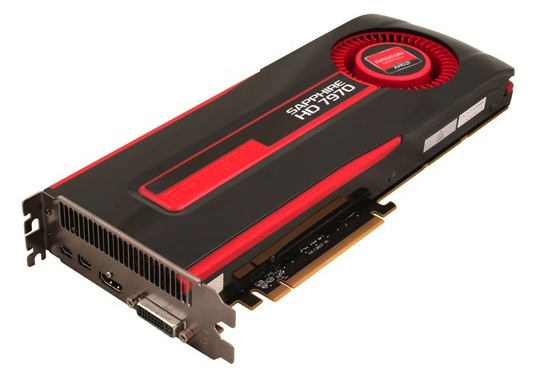 Recognize that cooler yet? We've got another stock card with stock clocks here. This is tied with a few cards for both the cheapest card (at $549.99) and the card with the shortest warranty (two years), but it includes a huge variety of accessories, including an HDMI cable (something most HD-oriented game consoles still can't be bothered to include). 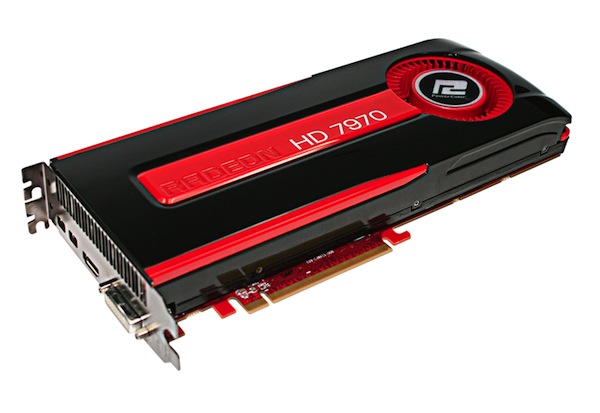 Reference card with stock clocks. Not quite as many accessories as the Sapphire card, but still a good bit more than some of the other $549.99 and $559.99 cards in this bunch. 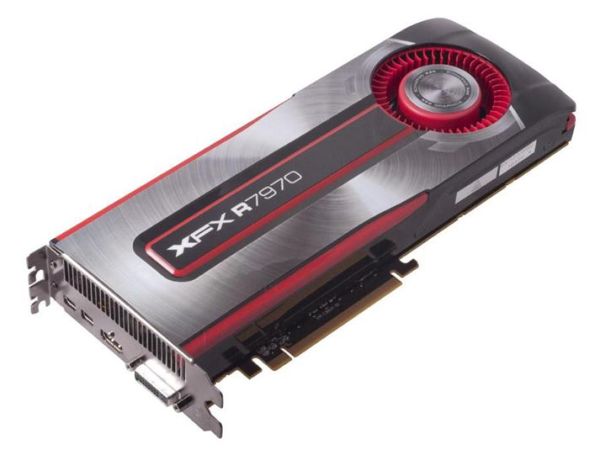 OK, this is another reference card with reference clocks, but there's actually a bit more to say about both of the XFX cards: while Newegg is selling two SKUs, XFX actually lists four on its product page. There are two that use the stock cooler and two that use the two-fan Double Dissipation custom cooler. The other card with the reference cooler, referred to as a Black Edition (part number FX-797A-TNBC), comes with a factory overclock. The other card with XFX's custom cooler, called the Double Dissipation edition (part number FX-797A-TDFC), uses stock clocks.

All of that said, this particular card doesn't have much to offer over its bretheren - it's not the cheapest, but it ties for the shortest warranty (two years) and is definitely light on accessories.

Correction: A previous version of this article stated that XFX's lifetime warranty applied to this card - the correct warranty period is two years. We apologize for any inconvenience. 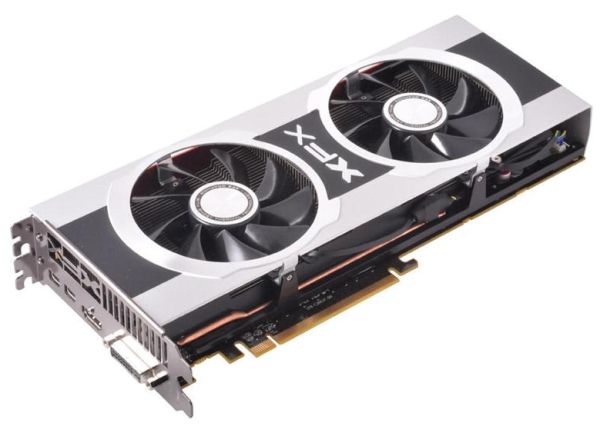 It's similarly light on accessories and is the most expensive card here ($50 more than the entry level price of $549.99), but it includes a few things that may interest some of you: the first is the factory overclock, which is a 7.5% and 3.5% improvement over stock core and memory speeds, respectively.

More notable is the two-fan cooler - our review found it to be comparable to the reference cooler in temperature, but slightly louder at idle and quieter under load. The lifetime warranty is also a nice touch, though it's up to you to decide whether it's worth the extra cost. 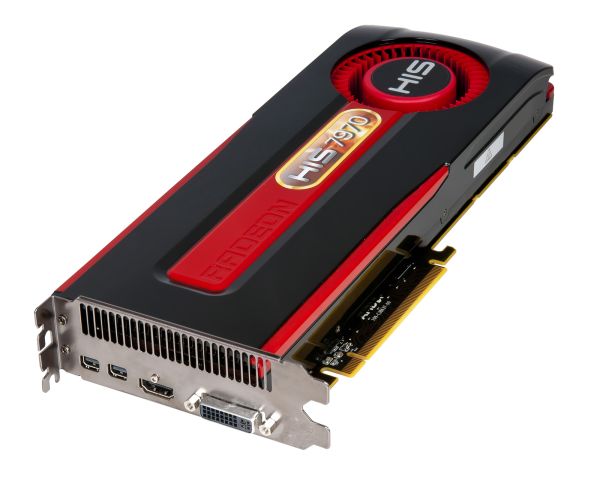 As we get to the end of our lineup, we get back to reference cards with stock speeds. This $549.99 card has a two-year warranty and a decent selection of display adapters, but not much else of interest. 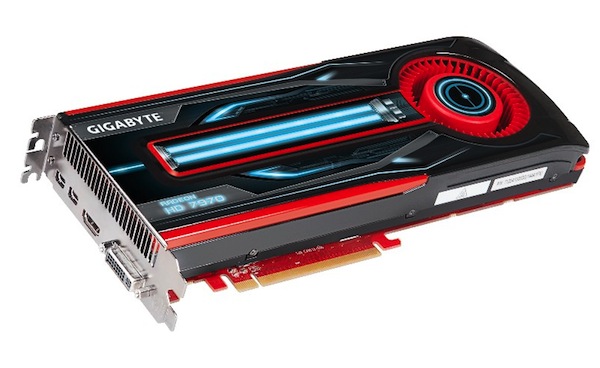 Yet another reference card with stock clocks, though this is the only $549.99 card to come with a 3-year warranty instead of a 2-year. A couple of display and power adapters round out the package, making this one of the better values of the lineup if you can find it.