As we noted last week with the release of the Catalyst 12.1 preview, AMD has a lot of technical and reputational debt to dig themselves out of when it comes to their Catalyst drivers. AMD dropped the ball this fall a number of times, failing to deliver on appropriate drivers for Rage, Battlefield 3, and The Elder Scrolls V: Skyrim in a timely manner. This isn’t something AMD is shying away from either – they know they screwed up and they’ll admit as much – but the question remains of how they intend to improve from there. Now that they once again have the leading single-GPU video card they need to have the leading drivers to run it.

Part of this redemption will come from the addition of new features, if only to reach parity with NVIDIA. Catalyst 12.1 introduced custom application profiles, while as we discussed with Eyefinity, Catalyst 12.2 will add to AMD’s suite of Eyefinity features with custom resolutions and the ability to relocate the Windows task bar. Furthermore AMD has features in the development pipeline for their Catalyst drivers for introduction later this year, but at this point it’s too early to talk about them. 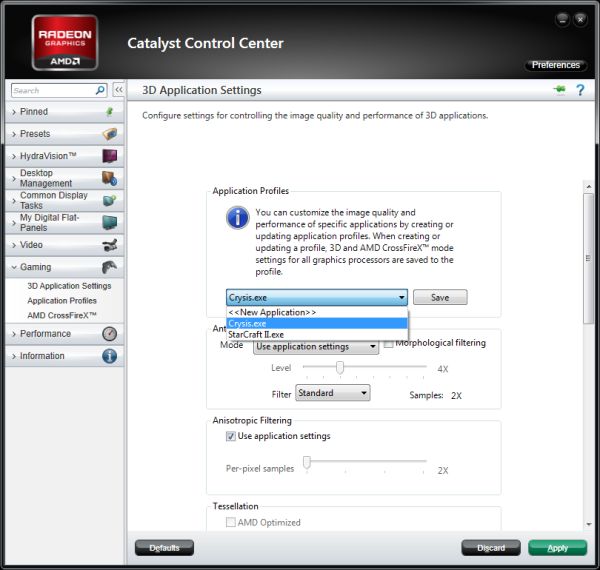 But new features alone can’t fix every single thing that has ailed AMD in the past year, so the question remains: how does AMD intend to fix their poor delivery of optimized drivers for new games? It’s a question AMD cannot (or will not) completely answer in detail, but it’s a question for which there’s at least part of an answer.

The fundamental answer is more. More developers, more quality assurance, and above all more money. By all accounts NVIDIA sinks a lot of money into driver development and ISV and it usually shows. AMD is going to spend more resources on driver development at home and this is going to help a great deal, but at the same time it would seem that they’ve finally come to realize that great ISV relationships require that AMD be more proactive than how they’ve been in the past.

ISV relations covers a large umbrella of activities. Not only does this mean providing support to developers who request it, but it means providing cross-promotion marketing, encouraging developers to make use of your features (if only to help spur the creation of the killer app), and actively seeking out important development houses so that AMD’s interests and concerns are represented and represented early. It’s been said that the most important thing NVIDIA ever did with ISV relations was to send out their own engineers to development houses on their own dime to provide free support – essentially investing at least a small amount of money into a major game. The payoff of this was that NVIDIA was literally there to represent their interests, and conversely they had a chance to evaluate the game early and get to work on optimizations and SLI support well before it shipped. Snark about TWIMTBP aside, that’s where NVIDIA has raised the bar with ISV relations. That’s what AMD needs to follow. 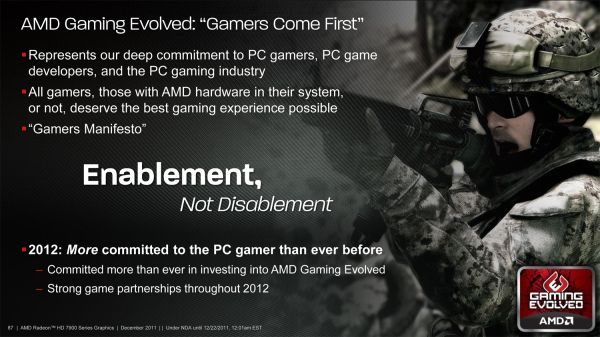 Whether these changes will pay off as AMD is expecting them to remains to be seen, but from our discussions it’s apparent that AMD is trying harder than ever before. A great product requires good hardware and good software; AMD has the former in Tahiti, now it’s time to see if they can deliver on the latter.

Closing out the subject of drivers, AMD is also using the Southern Islands launch to outline their plans for Windows 8. AMD is promising that they will deliver drivers for Windows 8 on the same schedule as they have for Windows 7 and Windows Vista – new drivers will be available for the Windows 8 Beta, RC, and RTM releases. Furthermore as Microsoft has continually iterated on the WDDM driver stack since Vista, AMD will continue to be able to offer a single unified driver that covers all of the WDDM OSes (Vista, 7, and 8).