Our power consumption tests are really worst case scenario for the Momentus XT since the cache is hardly given time to work here. In these tests the Momentus XT looks to be in-line with other, similar drives. In normal use however you may see even better behavior from the drive. If data is being requested out of the drive's NAND cache, the rest of the Momentus XT can actually spin down to save power. In practice I did notice the Momentus XT spinning up and down much more aggressively than a traditional hard drive. I know this was a problem with the original drive where it was a bit too aggressive in the power management department. My advice to Seagate would be to be more conservative here, particularly while only caching reads. The Momentus XT has the ability to deliver great performance, I'd leave the power savings for a version of the drive with a bigger cache and the ability to cache reads and writes. Otherwise I feel that the Momentus XT will do a lot of spinning up and spinning down for little gain. 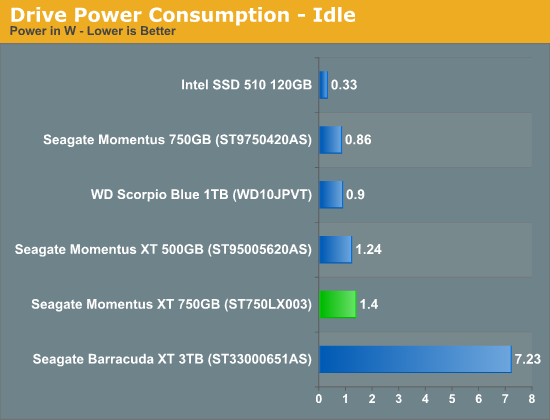 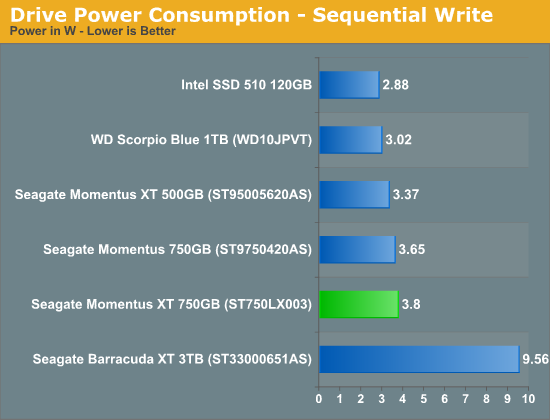