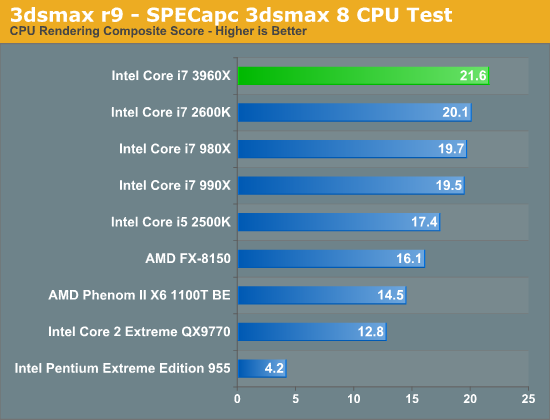 Offline 3D rendering applications make some of the best use of CPU cores, unfortunately our test here doesn't scale all that well. We only see a 7% increase over the 2600K. If we look at a more modern 3D workload however... 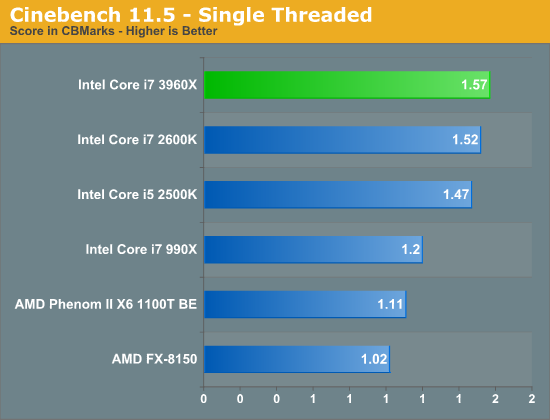 Single threaded performance is marginally better than the 2600K thanks to the 3960X's slightly higher max turbo speed. What's more important than the performance here is the fact that the 3960X is able to properly power gate all idle cores and give a single core full reign of the chip's TDP. Turbo is alive and well in SNB-E, just as it was in Sandy Bridge. 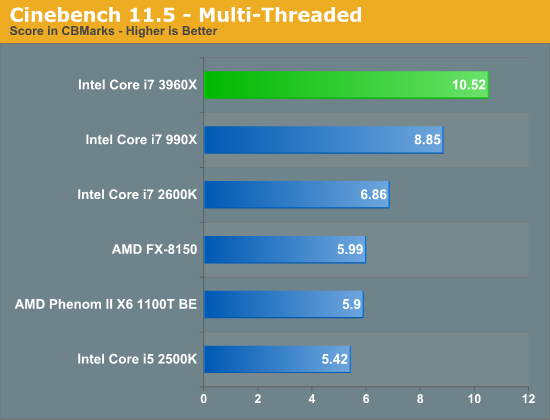 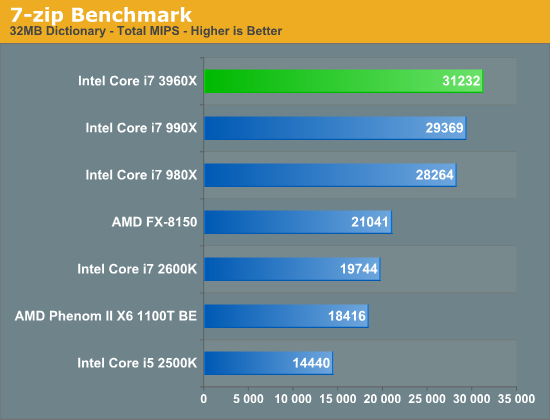 Here we see huge gains over the 2600K (58%), indicating that the increase in cache size and memory bandwidth help the boost in core count a bit here. The advantage over the 990X is only 7%. This gives us a bit of a preview of what we can expect from SNB-EP Xeon server performance. 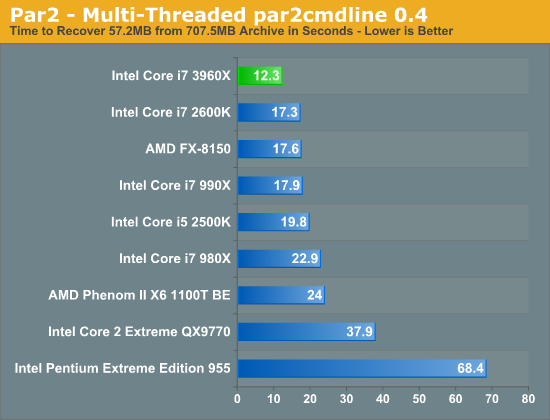 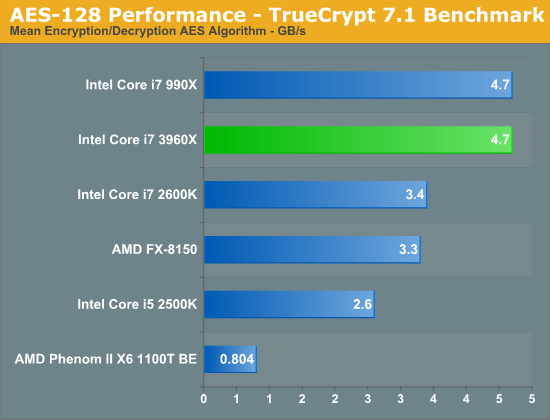 As both the 990X and 3960X have AES-NI support, both are equally capable at cranking through an AES workload. Per core performance doesn't appear to have changed all that much with the move to Sandy Bridge, so here we have a situation where the 3960X is much faster than the 2600K but no faster than the 990X. I suspect these types of scenarios will be fairly rare. 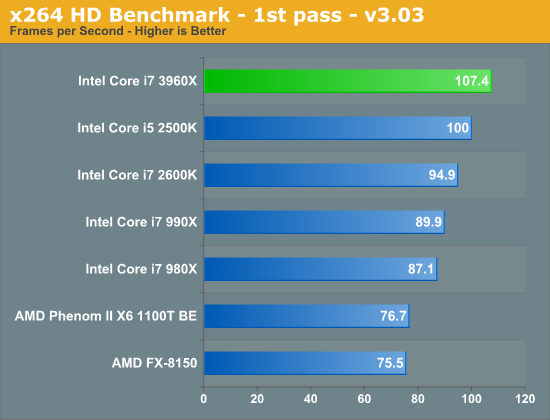 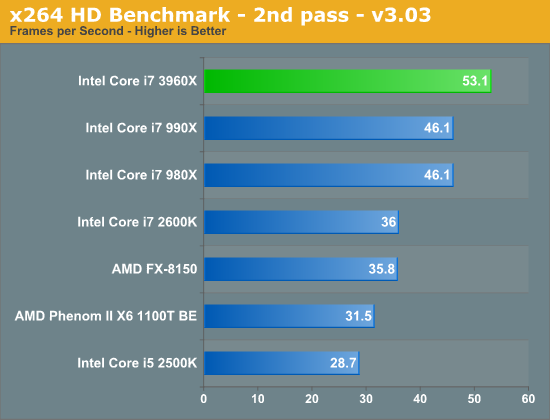 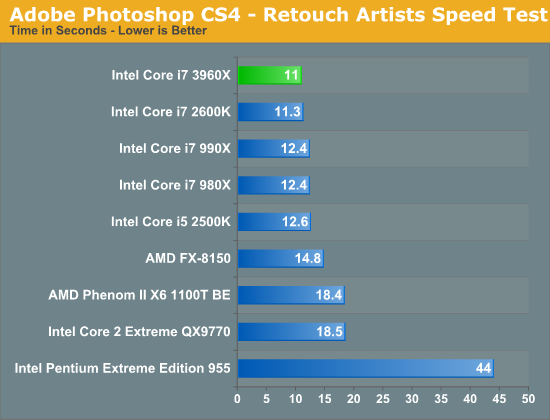 Our Photoshop test is multithreaded but there are only spikes that use more than four cores. That combined with the short duration of the benchmark shows no real advantage to the 3960X over the 2600K. Sandy Bridge E is faster than Intel's old 6-core solution though. 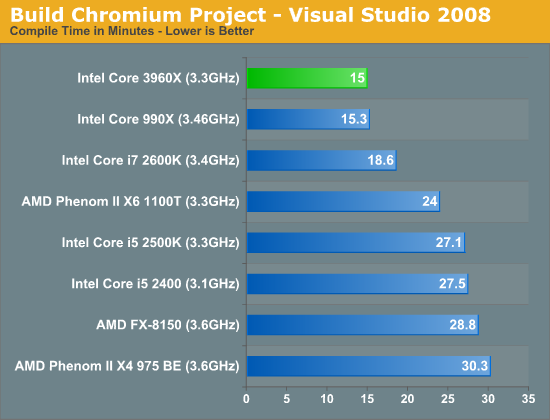 Our compile test is extremely well threaded, which once again does well on the 3960X. The gains aren't as big as what we saw in some of our earlier 3D/transcoding tests, but if you're looking to build the fastest development workstation you'll want a Sandy Bridge E. 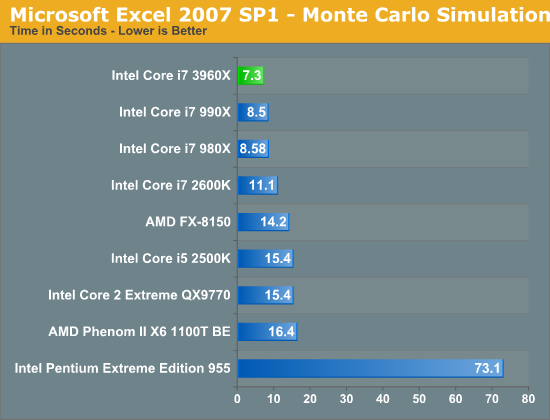 Multithreaded compute does well on SNB-E regardless of the type of application. Excel is multithreaded and if you have a beefy enough workload, you'll see huge gains over the 2600K.