Though many expected Apple to redesign everything around a 4“ display, the display on the 4S superficially identical. The 4S includes the same size and resolution display as the 4, namely a 3.54” IPS panel with 960x640 resolution. We’ve been over this a few times already in the context of the iPhone 4 and the CDMA iPhone 4, but it bears going over again.

In retrospect, moving up to 4“ would’ve gone against Apple’s logical approach to maintaining a DPI-agnostic iOS, and it makes sense to spread the cost of changing display resolution across two generations, which is what we see now. While Android is gradually catching up in the DPI department, OEMs on that side of the fence are engaged in a seemingly endless battle over display size. You have to get into Apple’s head and understand that from their point of view, 3.5” has always been the perfect size - there’s a reason it hasn’t changed at all.

I’ve been through a few 4s myself, and alongside the CDMA iPhone 4, have seen the white point of the retina display gradually shift over time. While I don’t have that original device anymore, even now the 4S seems to have shifted slightly compared to a very recently manufactured 4 I had on hand, and appears to have a different color temperature. We’ve been measuring brightness and white point on smartphone displays at a variety of different brightness settings, and the 4S isn’t spared the treatment. I also tossed in my 4 for comparison purposes. The data really speaks for itself. 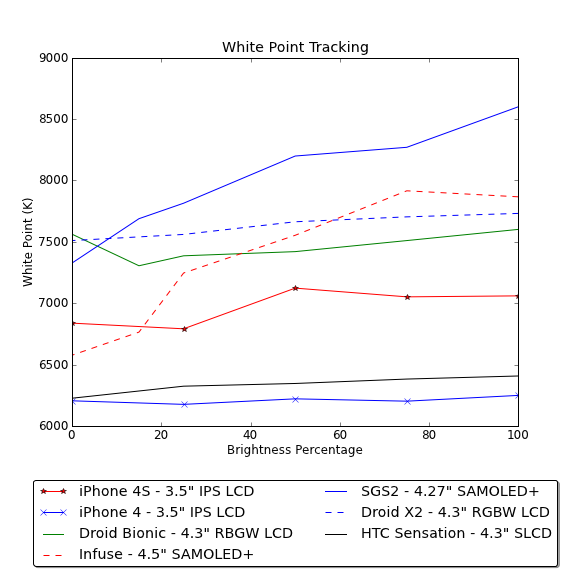 The first chart shows white point at a number of brightness values set in settings. You can see the iPhone 4 and 4S differ and straddle opposite sides of 6500K. I would bet that Apple has some +/- tolerance value for these displays from 6500K, and the result is what you see here. Thankfully the lines are pretty straight (so it doesn’t change as you vary brightness), but this variance is why you see people noting that one display looks warmer or cooler than the other. I noted this behavior with the CDMA iPhone 4, and suspect that many people still carrying around launch GSM/UMTS iPhone 4 devices will perceive the difference more than those who have had their devices swapped.

The next two charts show display brightness at various settings for solid black and white on the display. 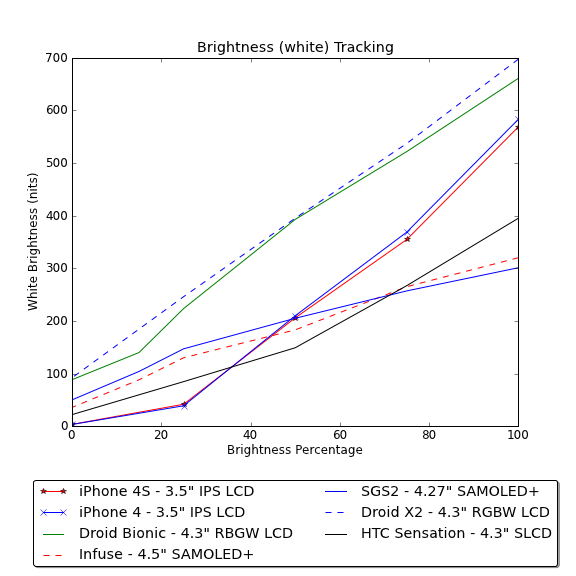 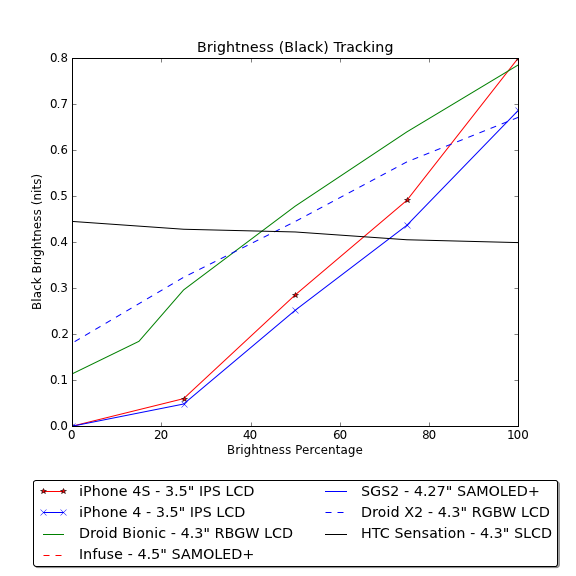 The 4S and 4 displays follow roughly the same curve, however there is a definite shift in contrast resulting from higher black levels on the 4S display. I’ve seen a few anecdotal accounts of the 4S display being less contrasty, and again this is the kind of shift that unfortunately happens over time with displays. I’ve updated our iPhone 4 result on the graph with the latest of a few I’ve been through. 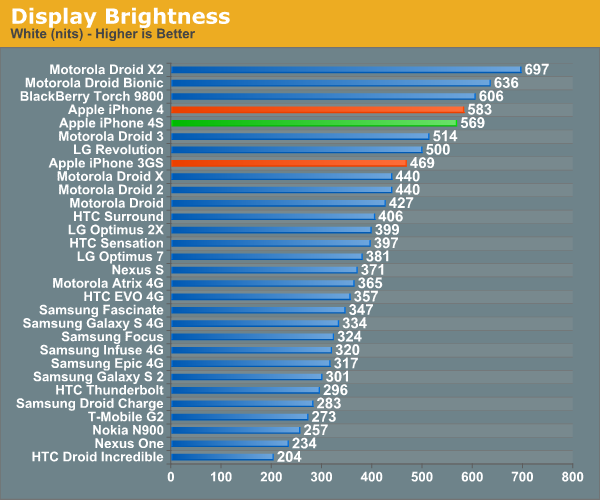 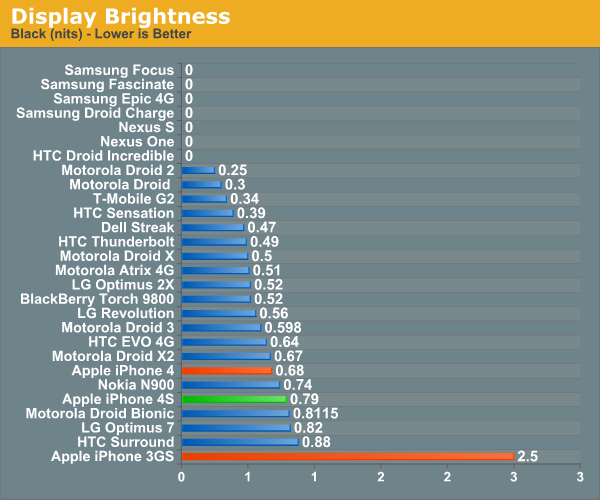 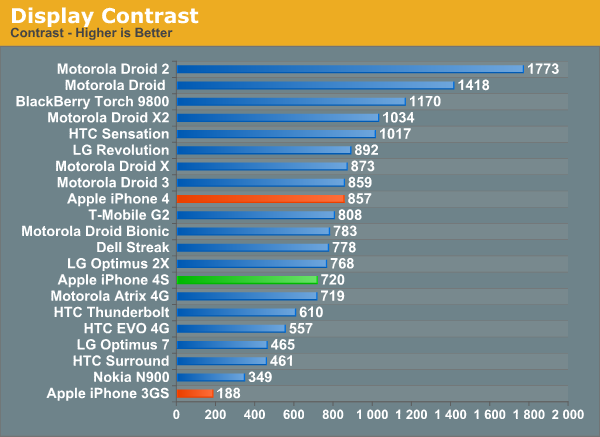 Unfortunately the 4S falls short of the quoted 800:1 contrast ratio, whereas the 4 previously well exceeded it (the earliest 4 we saw had a contrast value of 951). Rumor has it that Apple has approved more panel vendors to make the retina display, I have no doubt that we’re seeing these changes in performance as a result of multiple sourcing.