The Technical Side Of Windows 8: Cont

Moving up the chain, Microsoft has added a number of base class drivers for hardware in Windows 8. This includes not only USB 3, but also class drivers for mobile broadband radios, sensors, and even printers.  For printers this means Windows 8 can print to roughly 70% of all Windows 7 certified printers without an additional driver, which is nearly a necessity for Windows 8 as an ARM tablet OS, as drivers may not be available and tracking down a driver flies in the face of the modern pre-configured OS model for tablets.

For mobile broadband things are a bit more interesting. With this addition mobile broadband is being promoted to a first class connectivity option, right up there with Wi-Fi and Ethernet. Mobile broadband hardware can then be integrated into a laptop or a tablet or added via a dongle without requiring a driver or a complex dialer/manager application. Managers will still exist in a lesser form as a Metro application; Microsoft included one such example with the tablet we tested, which had a working AT&T 3G modem and its associated management application. 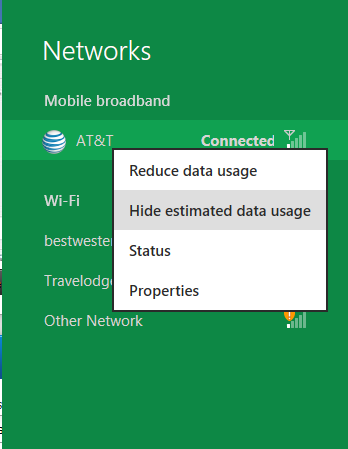 Windows 8 will also be aware of the limitations of mobile broadband connections, with an emphasis in usage caps. Given appropriate information by the ISP Windows 8 knows to halt background download processes (e.g. Windows Update, weather updates, RSS) to keep them from consuming valuable bits, and to notify the user if the device is approaching the cap and would be subject to overages. Along these lines Windows 8 also knows to switch to another source (i.e. Wi-Fi) when it’s available to avoid using up those metered bits.

We’ve mentioned permissions before when talking about the Windows Store, but it seems prudent to mention it again. For Metro applications Windows 8 will have a more fine grained permissions model than existing low/user/admin level privileges, by implementing Android style permissions. Metro applications will only be able to access the resources and data they were approved for, reducing the ability for a compromised application to be used as a launch pad for further attacks.

Our next stop on our look at the technical details for Windows 8 is the boot process. Microsoft put up an interesting blog last week discussing Windows 8’s new boot process, which was reiterated here – Windows 8 boots up much faster than Windows 7 thanks to the fact that only user processes are shut down, meanwhile the kernel is hibernated rather than shut down, shaving off a lot of time that would be needed to reload the kernel from a fresh boot. Realistically you need a motherboard with a very fast POSTing sequence, which means this is best paired with UEFI-based OEM boards. Certainly self-built systems will improve too, but we would not expect by as much.

The other new fact discussed about the Windows 8 boot process was that Microsoft is making another push to secure it through chain of trust hardware (presumably a TPM module), this time under the name Secure Boot. Utilizing the chain when available, if Windows 8 detects that a boot component has been modified it will fail the boot and kick over to the Windows Recovery Environment to restore the OS to a fixed state. With ARM devices (and even most PC tablets) the use of this feature will be a given, but obviously TPM hardware is much rarer on laptops and desktops.

Windows’ anti-malware features will also be making an appearance in the boot process. Windows Defender (which now includes Microsoft Security Essentials) now loads immediately after the critical boot components are loaded, allowing Defender to check everything that wasn’t protected by the Secure Boot process above. 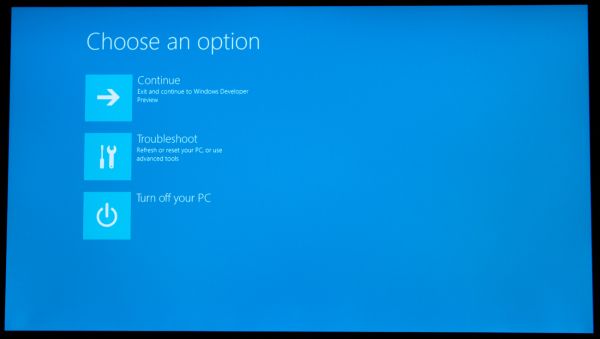 Finally when it comes to booting, the last bastion of the CLI in the Windows boot process is gone. The F8 menu has been replaced with a GUI based Windows Recovery Environment. The WRE goes hand in hand with two other recovery features: Refresh and Reset. 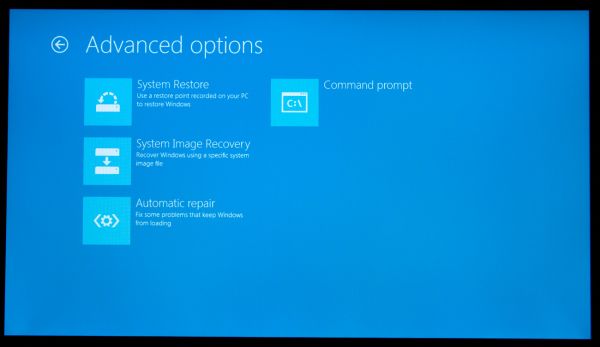 Reset is a Windows-based implementation of OEM OS recovery partitions: when Reset is triggered, the entire system is overwritten by the restoration copy. As for Refresh it’s a bit more nebulous; it’s apparently a new implementation of Windows’ existing Last Known Good Configuration, allowing users to revert anything crapware may have done. But we don’t have the full details on its underpinnings at this time. 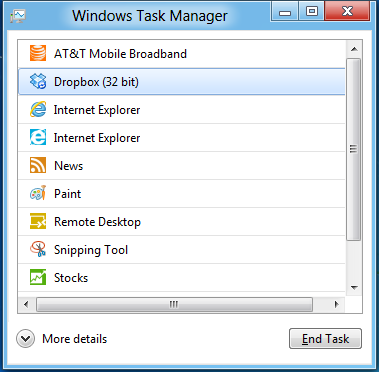 Last, but certainly not least we have the Task Manager. Other than a couple of minor changes with Windows Vista the Task Manager has remained nearly unchanged for years, so of course Microsoft has gone ahead and overhauled it. By default the new Task Manager is extremely simplified and only lists running user applications, thereby ensuring users only close applications and not background processes and such by mistake. 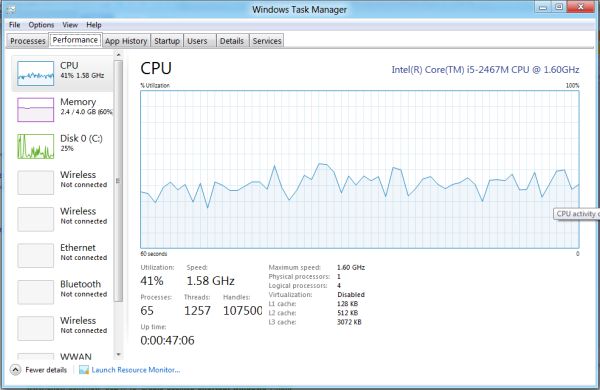 In detailed most the Task Manager takes on a more traditional appearance, giving you greater details about all of the running processes (including breaking them down by application or background process), but also a number of new performance metrics (largely taken from Windows 7’s performance monitor), and even an over-time breakdown of the resource usage of all of the system’s installed Metro applications. Interestingly the Task Manager itself is not strictly Metro, but rather a desktop application that doesn’t require the desktop environment to be loaded. 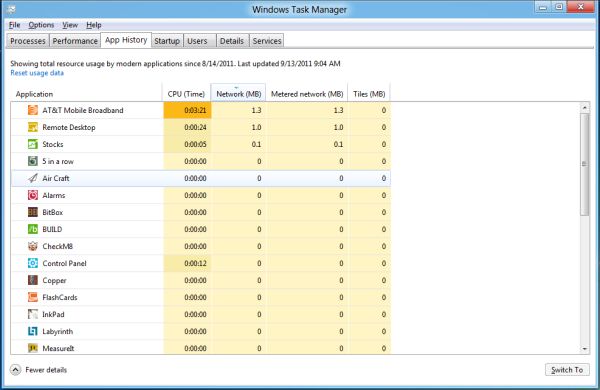