The Technical Side Of Windows 8

As we mentioned in the opening of this article, the single biggest addition to Windows 8 coming from Windows 7 will be Metro. Microsoft’s last major overhaul of Windows’ underpinnings was Windows Vista, and like Windows 7 before it, Microsoft is not looking to significantly alter the operation of the Windows kernel or related systems for Windows 8. With that said this doesn’t mean that there aren’t any technical changes that will ship with Windows 8.

Fundamentally Microsoft wants to keep the system requirements for Windows 8 the same as Windows 7, which means it needs to run (with varying definitions of “smoothly”) on a 1GHz CPU paired with 1GB of RAM and a DX9 class GPU. Realistically as their published requirements stand there is one difference from Windows 7: Windows Display Driver Model (WDDM). Windows 7 would work with older XPDM drivers (albeit without any of the benefits of WDDM), however Windows 8 specifically mentions WDDM as a requirement. This makes sense given the greater reliance on the GPU for Metro, but it also means there are going to be some machines out there using very early DX9 GPUs (e.g. Intel GMA 900) that won’t be able to run Windows 8 due to a lack of video drivers. 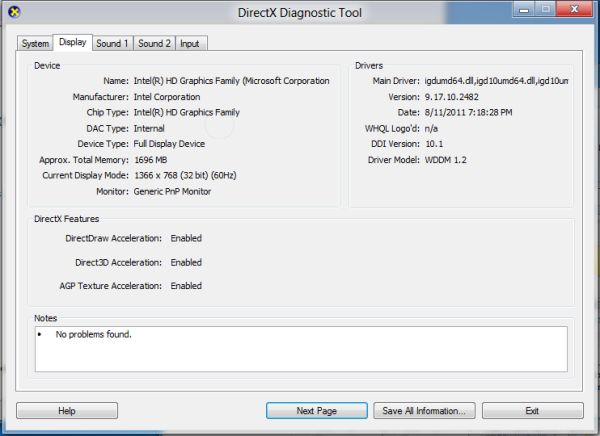 In any case the addition of ARM into the mix will be sure to spice things up., While Microsoft is optimizing Windows 8 to run on ARM CPUs there’s a vast range of ARM CPUs, and this is the full version of Windows. Microsoft’s current system requirements are easily discernable as x86 based, and we’d expect the ARM requirements to be fairly high to keep pace. Give the launch of quad core ARM SoCs later this year, it’s likely that will be a popular pairing with Windows 8 when it launches.

On a final note about system requirements, while Microsoft isn’t talking about specific versions of Windows 8 at this time, they’ve made it clear that x86 will live on for at least one more generation in order to fulfill their desire to have Windows 8 run on everything Windows 7 ran on. So x86 versions of Windows should be expected.

Moving on, as this was a press session as opposed to a technical session, Microsoft was a bit light on the details. We’re expecting quite a bit more in the next couple of days, but for the moment we’ve only been briefed on a few user-facing technologies that are new to Windows 8.

On the hardcore side of things, Microsoft has added a few tricks to Windows in order to keep memory usage from growing and to make the OS better suited for tablets. On the memory side they have added Page Combining, which will combine duplicate memory pages into a single page. This is primarily to reduce the overhead from multiple applications all having copies of the same shared resource by having applications outright share that resource’s memory pages. Page Combining will primarily be a tool for reclaiming memory when memory usage is approaching critical levels.

For making the OS better suited for tablet hardware, Microsoft has focused on small changes that can help the hardware sleep longer and wake up less often. Coalescing system timers and a dynamic tick mechanism are two such features that will be coming to Windows 8 (unfortunately we don’t have any more details on their function at this time). Meanwhile Metro will play a big part in making Windows tablet friendly, as Metro applications will be designed from the start to be able to handle phone/tablet style process management. This is to say that discarded applications will continue to stay open as a background application, having all of their memory pages intact but unable to schedule CPU time so long as they’re a background application. They’ll remain in this state until the OS decides to evict them, at which point they need to be able to gracefully shut down and resume when the user re-launches the application. Internally Microsoft calls this freezing and rehydrating an application.