We've known for some time now that AT&T's 4G LTE network is slated to start turning on this summer, and now we have some dates for when the first LTE-enabled datacards are going to start popping into stores.  Today AT&T announced more details about its first three data-oriented LTE products, the USBConnect Momentum 4G, the Mobile Hotspot Elevate 4G, and USB Connect Adrenaline. The first two will initially launch with just HSPA+ enabled on August 21, and have LTE enabled when the network launches later this summer. Meanwhile, the already-available USB Connect Adrenaline will get a firmware update that enables LTE on August 26 from AT&T (the page isn't live yet). 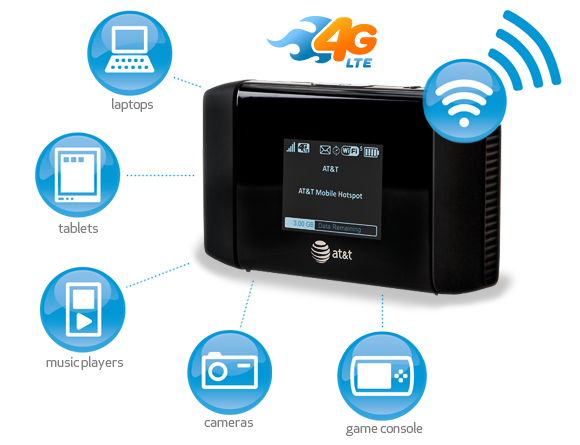 AT&T will begin firing up its 4G LTE network - which will run on its 700 MHz and AWS (1700/2100 MHz) spectrum holdings - later this summer in five markets. AT&T's initial LTE deployment will use 5MHz and 10MHz wide carriers in an LTE-FDD configuration depending on what spectrum holdings AT&T has in respective markets. For comparison, Verizon's 4G LTE uses 10 MHz LTE-FDD on its 700 MHz C-Block spectrum nationwide. The first five AT&T LTE markets are Atlanta, Chicago, Dallas, Houston, and San Antonio, as previously announced.