ECS P67H2-A Review: A visit back to Lucid's Hydra

Left4Dead2 is a classic Steam FPS DirectX 9 shooter.  It changes very quickly from GPU to CPU bound over a certain limit - our test is a timedemo taken from a run through of the first level. 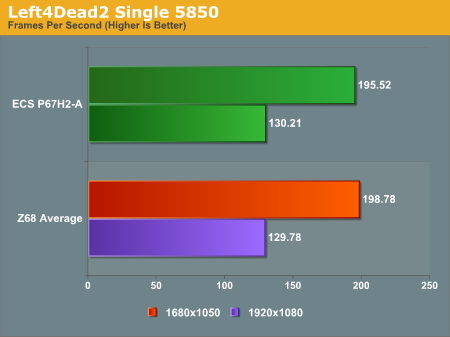 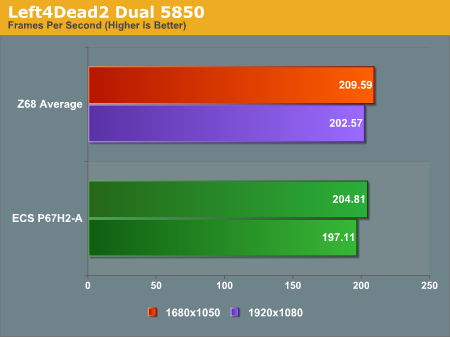 Dirt 2 came to the PC in December 2009, developed by Codemasters with the EGO Engine.  Resulting in favorable reviews, we use Dirt 2’s inbuilt benchmark under DirectX 11 to test the hardware.  We test two different resolutions at two different quality settings using a discrete GPU, and an appropriate integrated GPU setting. 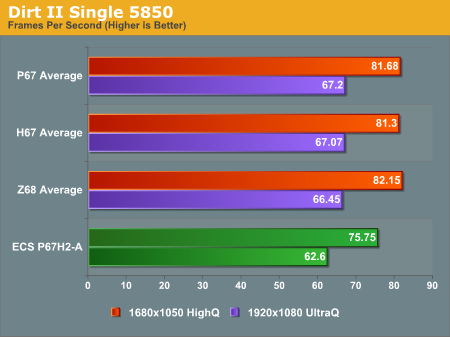 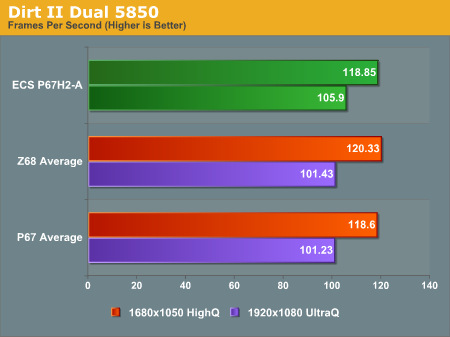 Oddly, in single GPU mode, Dirt II gives a much worse result than any other board tested.  I went back and retested these numbers, and got the same result.  In contrast, in the dual GPU settings, at 1920x1080, the P67H2-A takes a clear lead by 4.5 FPS, possibly due to the x16/x16 PCIe layout.

Metro 2033 is the Crysis of the DirectX 11 world (and it's even more demanding than Crysis 2), challenging every system that tries to run it at any high-end settings.  Developed by 4A Games and released in March 2010, we use the inbuilt DirectX 11 Frontline benchmark to test the hardware. 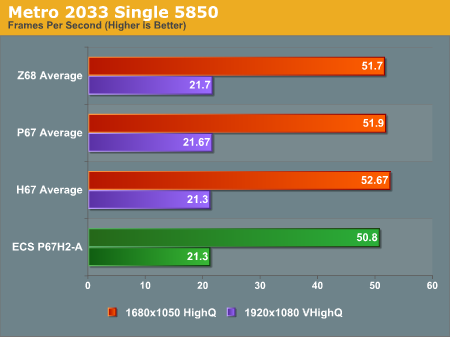 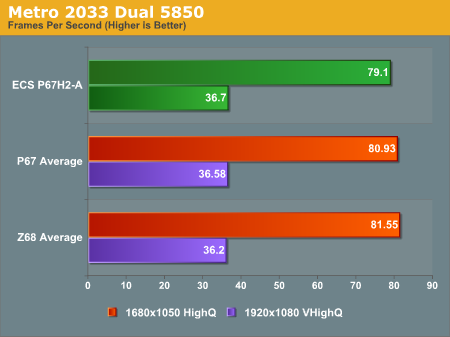 No surprises here - all results are within a reasonable margin of error.