In practice, SandForce based drives running a desktop workload do very well and typically boast an average write amplification below 1 (more writes to the device than actual writes to NAND). My personal SF-1200 drive had a write amplification of around 0.6 after several months of use. However if subjected to a workload composed entirely of incompressible writes (e.g. tons of compressed images, videos and music) you can back the controller into a corner.

The 240GB Agility 3 behaves similarly to the Vertex 3, although it does lose more ground after our little torture session. There's a sharp drop after about 60 minutes of random writes on these 240GB drives, so performance can definitely go lower if you torture for longer - most users should be just fine though.

One benefit of the asynchronous NAND is much lower power consumption. The Agility 3 posted the lowest idle power draw of any modern drive we've tested and load power is better than any other SF-2200 drive. 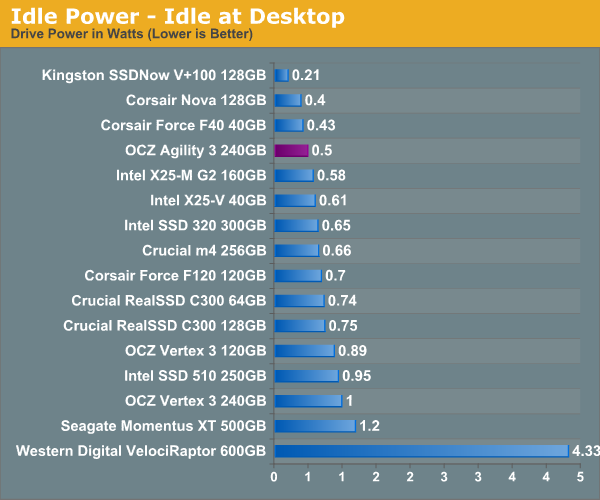 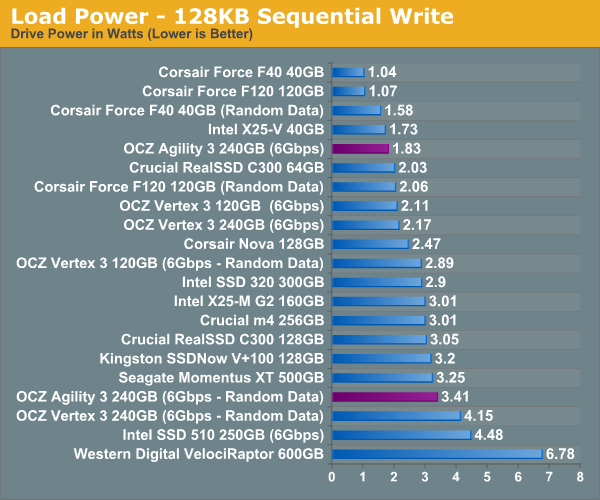 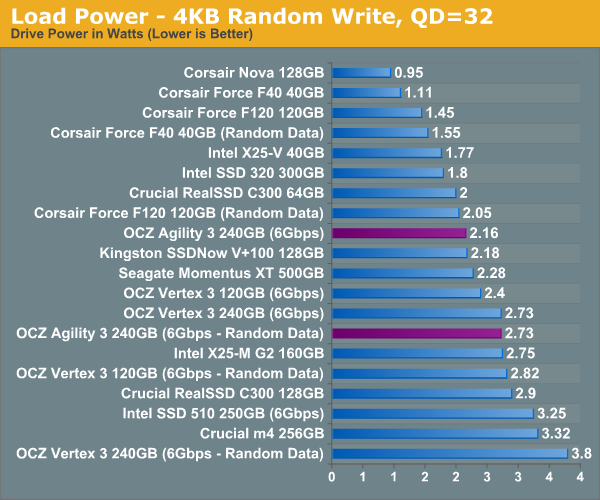