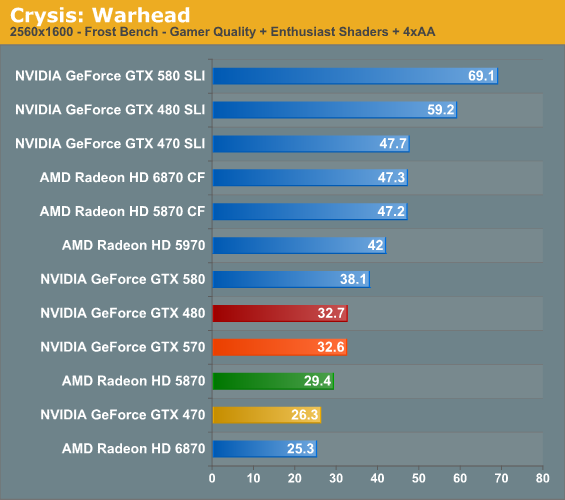 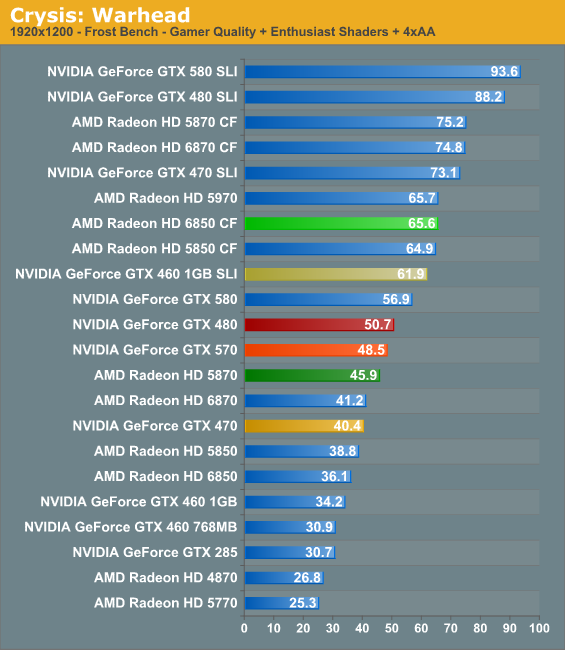 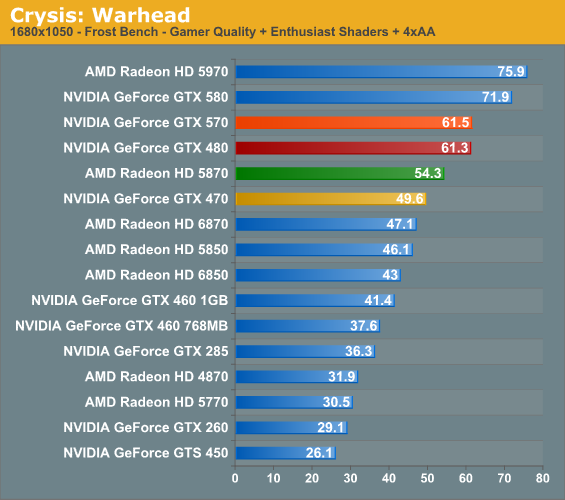 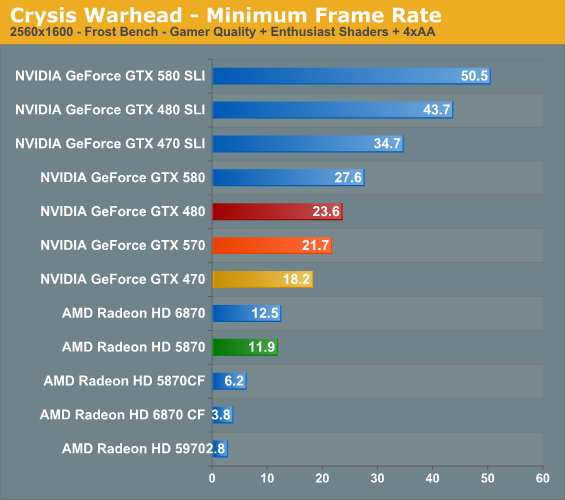 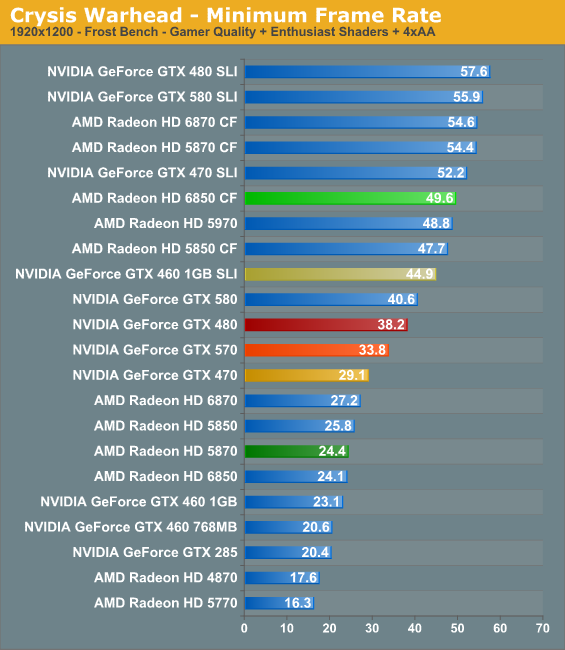 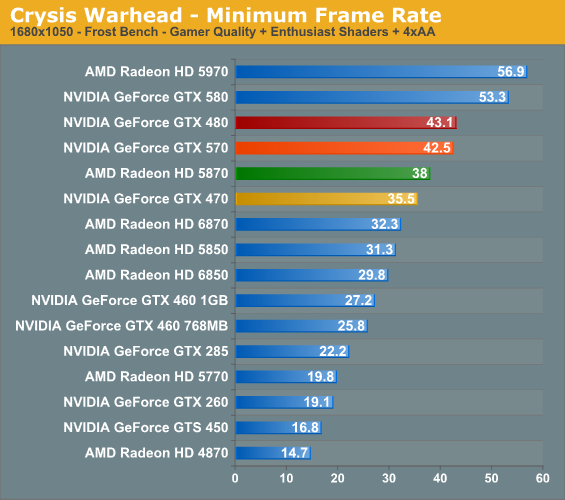 Looking at our minimum framerates, the story is much the same. Outside of 2560 where the extra memory provides a stark advantage for the NVIDIA cards, the GTX 570 and GTX 480 are close together except for 1920 where the 570 falls behind by a bit more than we’d expect. The 5870 isn’t nearly as threatening here as it is with average framerates, but the 460SLI/6850CF configurations are still well ahead.