At the very end of May we saw NVIDIA’s first effort to expand Fermi beyond the $300 space with the GeForce GTX 465, a further cut-down GF100 core priced at launch at $279. Unfortunately for NVIDIA, it wasn’t even a lackluster launch – while GF100 performs quite well with most of its functional units enabled (i.e. GTX 480), disabling additional units isn’t doing the GPU any favors. Furthermore disabling those units does little to temper the chip’s high power draw – something that’s only reasonable on the higher-end cards – resulting in a card that ate a lot of power while losing to AMD’s Radeon HD 5850.

In short, the GTX 465 is a lesson of how you can only cut down GPU so far. NVIDIA went too far, and ended up with a part that had GTX 285 performance and GTX 470 power consumption.

Today NVIDIA is back in the saddle with something entirely new: GF104 and the GTX 460. The second member of the Fermi family is ready for its day in the sun, and in many ways it’s nothing like we expected. Designed from the start as a smaller chip than GF100, GF104 is the basis of the GTX 460 line of products which fix the GTX 465’s ills while delivering the GTX 465’s performance. It’s what the GTX 465 should have been, and it’s priced as low as $199. And as we’ll see, it’s the first NVIDIA card in a long time that we can give a glowing review for.

GF104, the heart of the GTX 460 series being launched today, is the first waterfall part of the Fermi family. As we saw with AMD’s Radeon HD 5000 series last year and NVIDIA’s GeForce 9000 series before that, NVIDIA is in the process of taking the base GF100 design and reducing it for the construction of smaller, lower performing GPUs suitable for use in video cards at lower prices for the larger markets.

The final tally for GF104 is 1.95 billion transistors, which occupies a die space slightly more than that of AMD’s Cypress in the 5800 series. To put this in comparison, this is about 200 million fewer transistors than AMD’s Cypress, or 550 million more than NVIDIA’s older GT200 GPU that powered the GeForce GTX 200 series. This makes the GF104 the biggest GPU we’ve seen for the prices NVIDIA is targeting, a sign of the increasing pricing pressure between NVIDIA and AMD.

GF104 like GF100 before it is not initially being shipped in a “full” configuration. The chip has 2 Graphics Processing Clusters (GPCs) containing 4 SMs each, for a total of 8 SMs adding up to 384 CUDA cores. The GeForce GTX 460 will be shipping with 1 of the 8 SMs disabled, leaving it with 336 enabled CUDA cores. NVIDIA tells us that the reason they’re shipping the first GF104 parts with a disabled SM is due to yields – they wouldn’t be able to meet the demand for cards if they only shipped cards with 8 functional SMs. Unlike GF100, outirght poor yields don’t appear to be a huge factor here. Our impression from discussing the issue with NVIDIA is that GF104 is yielding around where it should be for a chip of its size, with NVIDIA choosing to take a hit on selling “full” chips for a higher price in order to sell more chips overall. In any case it gives them some room for expansion in the future should they decide to release a “full” GF104 based product. 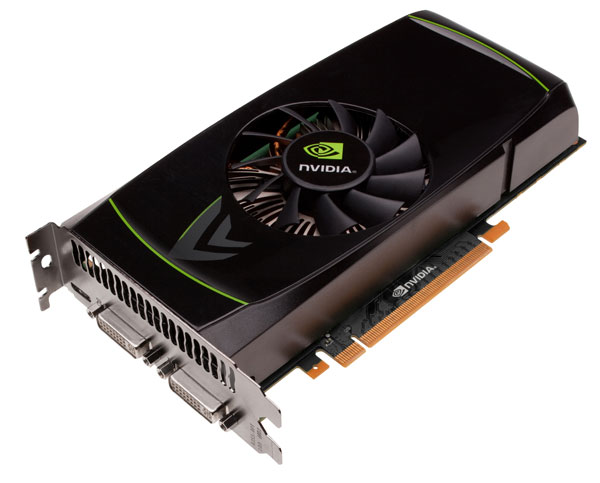 Perhaps the most surprising thing about GF104 is that it’s not a simple reduced version of GF100 like what AMD did with the Evergreen series. Instead NVIDIA made some very significant changes to the design of their SMs for GF104, resulting in a waterfall product that’s undoubtedly Fermi but also notably different from GF100. There’s a lot to discuss here, so we’ll get more in to this in a bit.

Given these differences, we’re a bit dumbfounded by the naming. With the differences in memory and the differences in the ROP count, the two GTX 460 cards are distinctly different. If NVIDIA changed the clockspeeds in the slightest, we’d have the reincarnation of the GTX 275 and GTX 260. NVIDIA’s position is that the cards are close enough that they should have the same name, but this isn’t something we agree with. One of these cards should have had a different model number – probably the 768MB card with something like the GTX 455. The 1GB card does not eclipse the 768MB card, but this is going to lead to a lot of buyer confusion. The best GTX 460 is not the $199 one.

Today’s launch will be a mixed bag in terms of availability. $199 has long been known to be a critical price point with buyers, which is what makes this card so important for NVIDIA as it allows them to finally tap that market once more. However to get there they’re using their entire initial run of GF104 to build the 768MB versions of the GTX 460. There should be plenty of 768MB cards available for today’s launch, but the bulk of 1GB cards are roughly 2 weeks late (1 or 2 may show up early if the vendor does rush shipping). So what we have is a hard launch for the GTX 460 768MB, but a soft launch for the GTX 460 1GB. We’re not entirely thrilled with this – particularly as we believe the 1GB cards to be the better buy – but if nothing else it’s better than the GTX 480 launch.

Today’s launch will also be resulting in an interesting mix of price points. NVIDIA has lowered the MSRPs on the GTX 470 and GTX 465, while AMD’s prices have been slowly drifting down over the last month too. As a result we end up with roughly the following:

With these prices AMD and NVIDIA both have themselves comfortably stratified until you drop below $250. AMD doesn’t have anything between the 5850 and 5830, while they have a price gap of $80-$100. Meanwhile the 5830 is priced directly against the GTX 460 768MB. NVIDIA’s pricing will be taking advantage of this gap, while giving the 5830 a run for its money at $200.