Most impressive is AMD's ability to run six 45nm cores at the same power consumption as four 45nm cores. The Phenom II architecture in general does reasonably well at idle, but without power gating AMD can't compete with Intel's idle power levels.

Under load Intel also has the clear advantage. 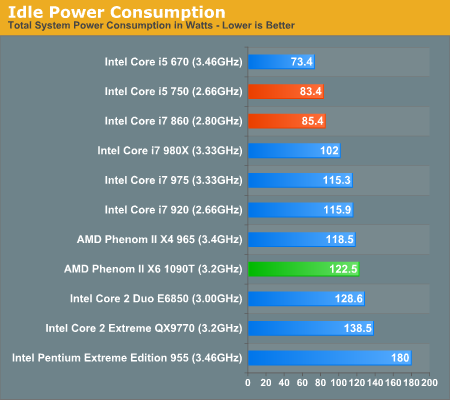 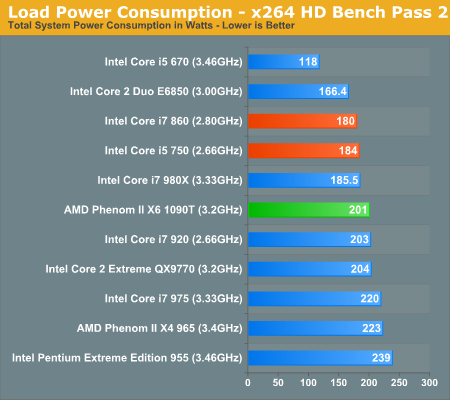