During the days of the original Phenom, AMD started the trend of offering more cores than Intel at a given price point. Intel had the Core 2 Duo, AMD responded with the triple core Phenom X3. As AMD’s products got more competitive, the more-for-less approach didn’t change. Today AMD will sell you three or four cores for the price of two from Intel.

When Intel announced its first 6-core desktop processor, the Core i7 980X at $999, we knew a cheaper AMD alternative was coming. Today we get that alternative, this is the Phenom II X6 based on AMD’s new Thuban core: 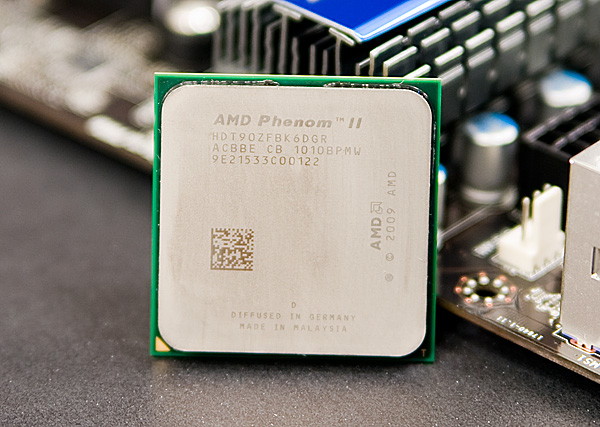 You also don’t give up much clock speed. The fastest Phenom II X6 runs at 3.2GHz, just 200MHz shy of the fastest X4.

When Intel added two cores to Nehalem it also increased the L3 cache of the chip by 50%. The Phenom II X6 does no such thing. The 6 cores have to share the same 6MB L3 cache as the quad-core version. 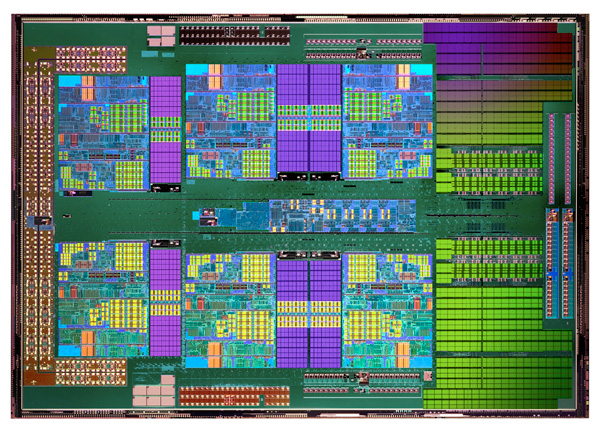 There’s also the issue of memory bandwidth. Intel’s Core i7 980X is paired with a triple channel DDR3 memory controller, more than enough for four cores under normal use and enough for a six core beast. In order to maintain backwards compatibility, the Phenom II X6 is still limited to the same dual channel memory controller as its quad-core predecessor.

The limitations are nitpicks in the grand scheme of things. While the 980X retails for $999, AMD’s most expensive 6-core processor will only set you back $285 and you can use them in all existing AM2+ and AM3 motherboards with a BIOS update. You're getting nearly 1 billion transistors for $200 - $300. Like I said earlier, it’s not about absolute performance, but performance at a given price point.

We'll soon see more flavors of the Phenom II X6 as well as a quad-core derivative with 2 of these cores disabled. As a result, motherboard manufacturers are already talking about Phenom II X4 to X6 unlocking tools.

The new Phenom II X6 processors are aimed squarely at Intel’s 45nm Lynnfield CPUs. Both based on a 45nm process, AMD simply offers you more cores for roughly the same price. Instead of a quad-core Core i7 860, AMD will sell you a six-core 1090T. Oh and the T stands for AMD’s Turbo Core technology.