The first time I laid eyes on this card I was visiting AMD's headquarters in Sunnyvale before the Radeon HD 5800 series launch event.  I could take photos of the 6 displays it was driving, but not the card itself.  So we'll start off with a picture of the things that set the Radeon HD 5870 Eyefinity 6 Edition card apart from its 3-display counterpart.

The most obvious changes are the display outputs.  While your standard 5870 has two DL-DVI, one DisplayPort and one HDMI output, the Eyefinity 6 Edition has six mini Display Port connectors. 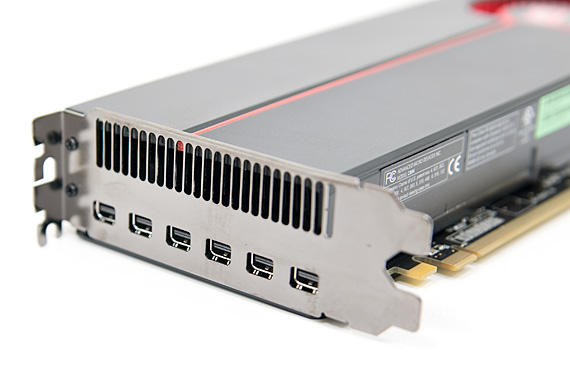 You can further convert two of those DP outputs into any combination of DVI, HDMI (only one can be HDMI) and VGA.  The remaining four connectors must remain Display Port due to the limited number of timing sources on the 5870.  The card will come with two mini DP to DP adapters, 2 passive mini DP to SL-DVI dongles and one passive mini DP to HDMI dongle. 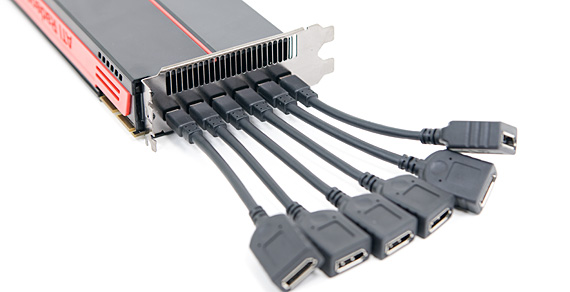 Clock speeds have not changed.  The GPU still runs at 850MHz core and the memory runs at a 1.2GHz clock speed (4.8GHz data rate).  Memory size did change however, the Eyefinity 6 Edition card ships with 2GB of GDDR5 to accommodate the resolutions this thing will be driving. As 256MB GDDR5 is still not available for mass production (and won't be until later this year), AMD is using 16 x 128MB GDDR5 chips in 16-bit mode.

As a result of the added memory, power consumption has also gone up slightly.  The Radeon HD 5870 Eyefinity 6 Edition now requires both a 6-pin and an 8-pin PCIe power connector instead of the two 6-pin connectors of the stock 5870: 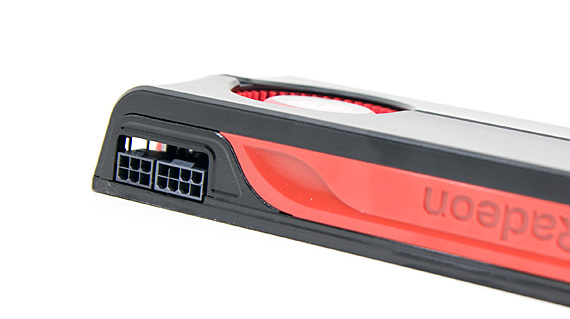 The extra memory and five adapters that you get in the box do come at a price.  The Radeon HD 5870 E6 Edition is expected to retail for $479.  That's $100 more than the MSRP of the 5870 but only $59 more than its actual street price.  It remains to be seen what the street price of the 5870 E6 will end up being given that TSMC 40nm production is still limited with improved but not yet perfect yields. These cards should be available immediately. 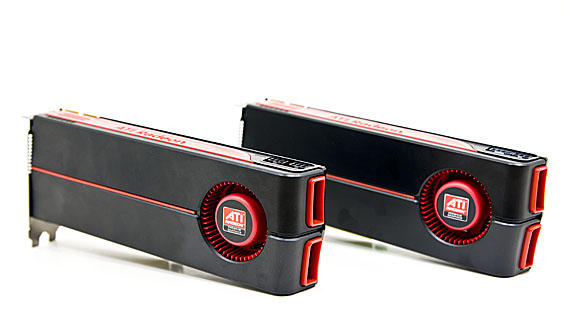