Radeon 5800 Series: Prices Up, Supplies Down

It’s not often we write about prices going up.

Last week there was a rumor going around that AMD intended to raise prices on the 5800 series. At the time we wrote this off as yet another highly-speculative rumor based on shaky evidence. Official price hikes are virtually unprecedented, after all.

We’ve talked previously about TSMC – the foundry both NVIDIA and AMD GPUs are manufactured at – having yield issues with their 40nm process. This first surfaced with the Radeon 4770, which at the time of its introduction was being built while TSMC’s yields were below 40%, and this coupled with its popularity made for a significant shortage around its introduction. TSMC continued to improve their yields, and by the time of the Radeon 5000 series launch, AMD told us that they weren’t concerned with yields. As of this summer, TSMC was reporting yields of 60%.

On Friday the 30th, Digitimes broke the word that TSMC’s yields were back down to 40%. This we believe is due to issues TSMC is having ramping up overall 40nm production, but regardless of the reason it represents a 33% drop in usable chips per 40nm wafer. When you’re AMD and you’re rolling out a top-to-bottom 40nm product line in a 6 month period, this is a problem. 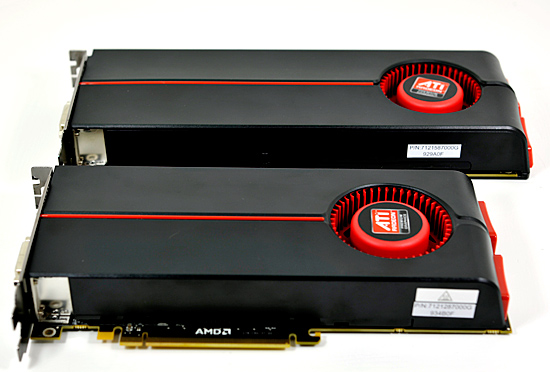 When the 5800 series launched, we knew supplies would initially be tight, but we had been expecting them to pick up. With these yield problems, that has not happened. Instead 5800 cards continue to be out of stock near-universally, even with the fact that most OEMs have yet to start using these cards. AMD’s current 5800 supplies are being exhausted just by Dell and self-builders.

Meanwhile NVIDIA started the end-of-life process for the GTX 200 series some time ago, with production of the GT200 GPU ramping down. So NVIDIA doesn’t need to play pricing games with AMD, as they’ve already planned on selling out anyhow.

All of a sudden that rumor about an AMD price hike became far more realistic. Checking around, virtually none of the 5800 series cards are listed at their MSRP. Although they’ve continued to be in low supply since launch, it’s only recently that there’s been a breakaway from the $379 and $259 MSRP of the 5870 and 5850 respectively.

After our latest round of price checks, we talked with AMD about the situation and asked them if there was any truth to the rumor of an official price hike. The news is not good: 5850 prices are officially going up. AMD is citing supply issues of components (including memory) amidst the heavy demand for the 5850, and ultimately deciding to pass the cost on to the consumer. Meanwhile there is no official price hike for the 5870, although it’s going to be affected by any increased component costs just as much as the 5850.

Bear in mind that the 5850 is also a special case. AMD can’t keep the 5870 in stock, never mind the 5850. For every fully-functional Cypress die they get, the only reasonable option is to build a 5870 out of it. The only things that should be going in to the 5850 are dice with a defective functional unit, making them ineligible for use in a 5870. Without an idea of how many harvestable dice TSMC is spitting out, we can’t get any real numbers, but the most reasonable assumption is that most of them are either fully-functional or unsalvageable, so we expect AMD and their vendors to be producing many more 5870s than they will 5850s. In other words, the 5850 shortage is going to be worse than the 5870 shortage.

Our best guess is that these new prices will continue through the rest of the year, even if supplies pick up as TSMC gets their yields back in order. Without any serious competition from NVIDIA, these cards can be priced anywhere between $300 and $500 based on performance alone, and no one has any incentive to keep prices down so long as 5800 series cards keep flying off of the shelves. It’s Economics 101 in action.

We can’t say we’re happy with any of this, but we can’t accuse AMD and their vendors of acting irrationally here. It’s a lousy situation for consumers, but that’s a shortage for you. When has there ever been a good shortage?

Finally, with these price hikes, our product recommendations are changing some. The 5870 is still the card to get if money is no object, but the 5850 is far more situational since it’s no longer the great bargain it once was. We can get 1GB 4890s for $170 right now, which have become downright cheap compared to our projected $300 for a 5850. Certainly the 5850 whips the 4890 by upwards of 40%, not to mention DX11 and Eyefinity, but at that level it’s commanding a 75% price premium. It’s a $300 card and performs accordingly, but don’t break the bank in order to get a 5850 at these prices. 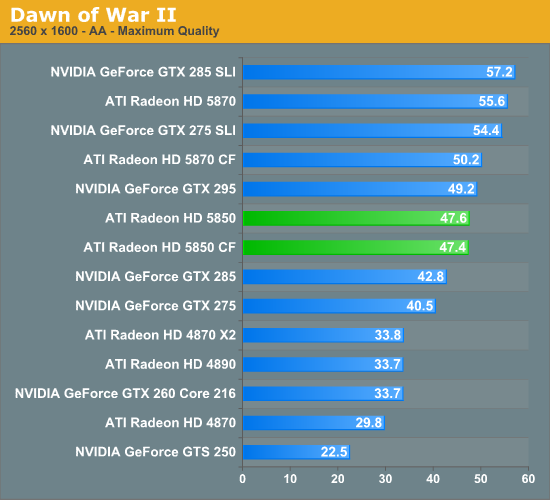