Since AMD isn’t doing a reference Radeon HD 5830, non-performance data is of limited value. Even with the variety of cards among AMD’s partners, the power draw of the 5830 cards should be within a few watts of each other and vary only with the difference in their fans so long as they use a 5870 PCB. On the other hand temperature data is going to heavily depend on the cooler used, and noise data is completely useless here since it entirely depends on the cooler used. 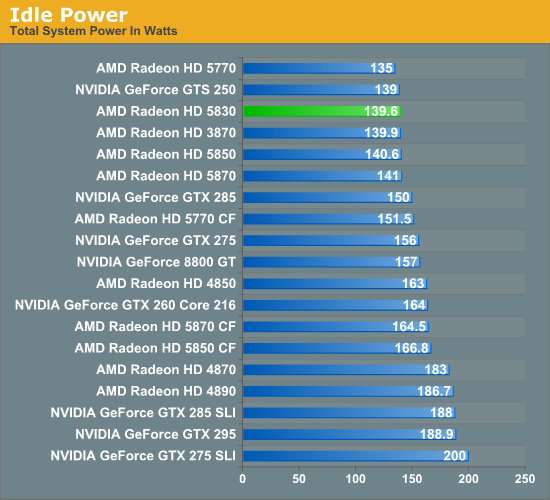 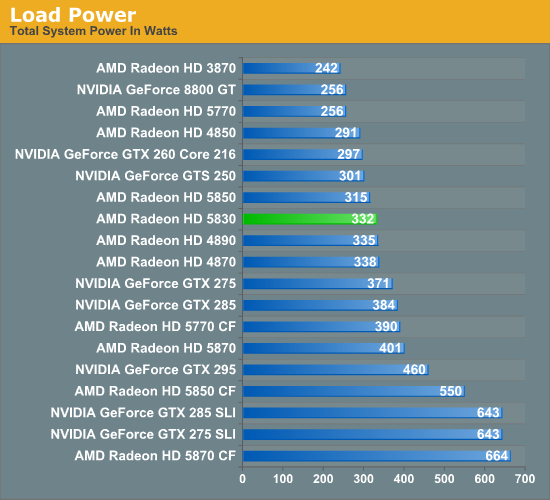 At idle, the power usage is just as AMD promised: it’s a hair under the 5850, by a single watt to be exact. As far as high-end cards go, this is the least power hungry among them when idling. 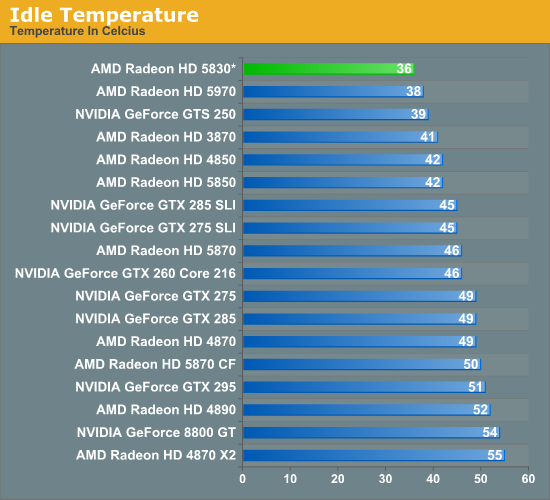 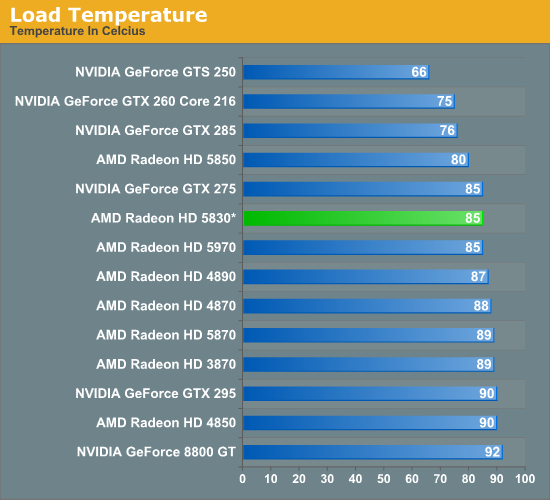 With an eye on the fact that this temperature data is going to be heavily dependent on the cooler used, for our sample card we certainly have some interesting results. Under idle this is the coolest of our high-end cards, which is no surprise given the use of the 5870’s big cooler and the lower idle power usage of the 5830. On the other hand under load, even with the otherwise minor difference in power draw compared to the 5850 and the bigger cooler it’s 5C hotter, which is actually more in-line with what we would have expected. However it still stays below the 4800 series and the 5870, both of which get warm enough that they really have to rev up their fans.

It’ll be interesting to see just how good the vendor coolers end up being. With the relatively low load power usage, the 5830 doesn’t have to be a particularly loud card.