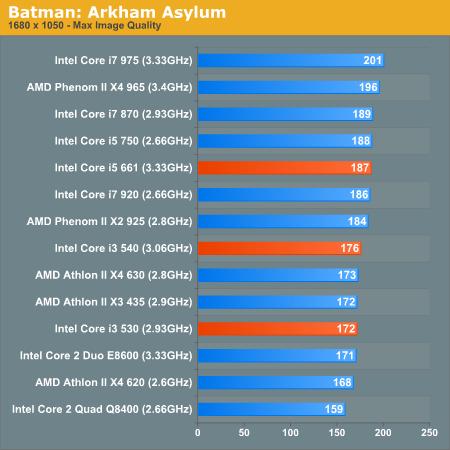 Pretty much everything performs well here. Technically this is one of those exceptions where the i5 661 actually performs like it's priced. The i3s continue to be competitive with similarly priced AMD options. 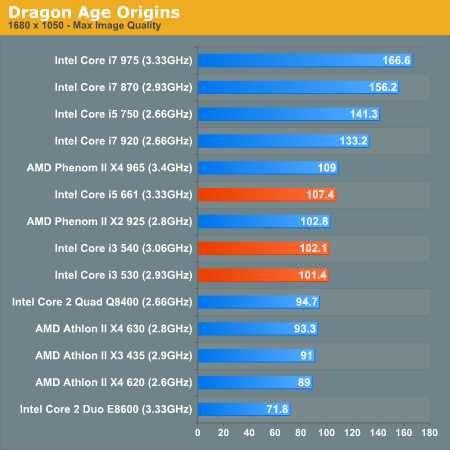 Many games these days can actually use more than two cores, and thus we see the Lynnfield/Bloomfield chips scale ridiculously well here. As such, the i5 661 loses its appeal since it's priced like a Lynnfield.

The i3s however do very well. They outperform the similarly priced AMD CPUs and are just behind the Phenom II X4 925. They're definitely a lot faster than the old Core 2 Duo E8600 despite the clock speed deficiency.

Dawn of War II is a beautiful RTS that we've used in our GPU reviews for some time now. It scales will core count reasonably well but also shows the strengths of the new Clarkdales: 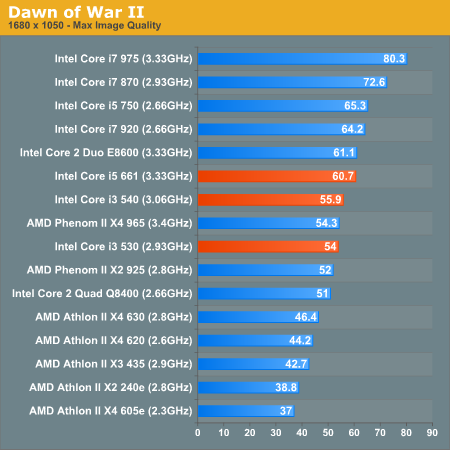 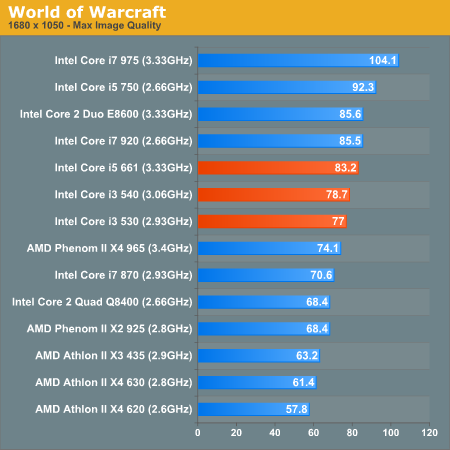 The i5 661 does well here, but the most bang for your buck comes from the i3s which even outperform the Phenom II X4 965. If you want an affordable gaming CPU, the Core i3 is where it's at.