AMD and Intel have had their differences. And by differences, we mean Intel engaging in anti-competitive actions that they’ve been found guilty of in the European Union.

But all of this was supposed to come to a close last month, when AMD and Intel buried the hatchet and made up for past offenses. In return for some cash, some good behavior out of Intel, and for Intel to stop trying to block the Global Foundries deal, AMD would drop all of their civil and regulatory complaints against Intel. And that would be the end of Intel’s legal problems with various governments, right? No, as it turns out that’s wrong.

The catalyst for Intel’s legal woes (besides their own actions, obviously) has been AMD complaining to various regulatory boards about anti-competitive actions undertaken by Intel. Based on those complaints, the European Commission, the South Korean FTC, and the American FTC have been investigating Intel for some time now over these alleged actions. Intel has been found guilty and fined in the EU and South Korea (with both cases on appeal) while the American FTC has continued to investigate.

In fact despite the FTC just now suing Intel, this is actually about half-way through the process. The FTC investigation is done, and they have been negotiating with Intel in private for quite some time to get the matter settled. A lawsuit is the next step for the FTC, when those negotiations break down. Those negotiations have in fact broken down, so here we are: the FTC has sued Intel, and the biggest court battle ever for Intel is soon to begin.

What the FTC Accuses Intel of Doing in the CPU Market

As the FTC’s investigation into the matter is already over, they have published a complete list of complaints against Intel which will be the basis of the coming trial. Based on these complaints the FTC case is a significant departure from the EU and South Korean cases, as the FTC is accusing Intel over not only anti-AMD shenanigans early this decade, but of continuing anti-AMD and anti-NVIDIA shenanigans right up to this day. 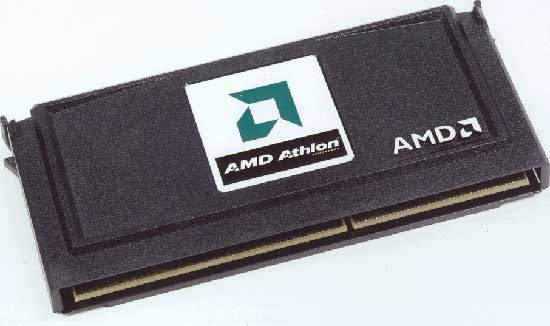 The Athlon, the processor that's at the root of all of Intel's legal troubles

The case fundamentally breaks down into two halves: what Intel did against AMD in the CPU market, and what they’re continuing to do against AMD and NVIDIA in the GPU market. Let’s start with the CPU-focused complaints:

Interestingly enough, the FTC cites Intel’s reasoning for all of this being that the company was at a competitive disadvantage, and engaged in these actions to buy time to improve their products. The timelines given place specific emphasis on the Athlon (K7) launch in 1999, and the Athlon 64 (K8) launch in 2003. This is a somewhat different take than in past cases, where Intel was merely accused of attempting to keep AMD’s overall market share down rather than specifically bridging performance gaps.

The FTC believes that the effects of all of these actions have (besides limiting AMD): served to drive up CPU prices, driven up CPU distribution costs, limited CPU innovation, harmed AMD’s ability to market CPUs, limited the ability of OEMs to innovate and differentiate their products, and reduced the quality of industry benchmarking.

Ultimately all of the CPU accusations are for things long past; none of the FTC’s CPU-related allegations are for things that have occurred in the last few years. We would not take this as a sign that the FTC is happy with the current market situation, but that they have no proof that they wish to follow up on that would show Intel as having engaged in anti-competitive actions in the CPU market in the last few years. The FTC does want some significant changes at Intel, which we’ll discuss in a bit.

Finally, there’s also the matter of AMD. Since AMD and Intel have settled their matters, AMD is presumably not going to participate in these proceedings as an ally of the FTC. As the FTC is going ahead on these charges, it’s clear that they aren’t worried about what this means for their position.

What the FTC Accuses Intel of Doing in the GPU Market

In the complaints about the GPU market, both NVIDIA and AMD are mentioned as being the primary competitors for Intel. The bulk of the complaints however are related to NVIDIA and their chipset business, as while AMD stands to be harmed too by an Intel GPU monopoly, it’s NVIDIA that stands to be the most harmed. In effect Intel has finally gotten AMD off their back for CPU matters, only to now have NVIDIA on their back for GPU matters.

The GeForce 9400M: Intel's chief competitor in the integrated graphics market and a threatened product line

Just to note where things stand, the FTC already estimates that Intel has approximately 50% of the GPU market. This is consistent with the vast number of Intel IGP-equipped computers that are on the market. Depending on how you intend to count various user bases, this stands to grow in the future as Intel puts their IGP GPUs first on-chip, and then on-die with their CPUs.

The basis of the FTC’s complaint here is that they believe Intel is threatened by the rise of GPUs as programmable computing devices, and that using them in GPGPU situations threatens Intel by making CPUs less important (something NVIDIA has been trying to play for ages) and as a result less profitable. The FTC argues that Intel is seeking to establish a monopoly here to maintain their overall control of (and high margins in) the computing market.

As for the specific complaints:

The FTC believes that all of this will help Intel to establish a GPU monopoly. This is on top of all other effects of Intel’s actions, which are similar to the effects of their actions in the CPU market: driving up GPU prices, driving up GPU distribution costs, limited OEM differentiation, and limited GPU innovation.

There’s also one last complaint unrelated to GPUs, which has to do with standards.