Some of you asked us for scores and benchmarks showing just how far we managed to push the top P55 boards in our sub-zero cooled benchmarking (amidst socket failures) test suite. So we are here today to show how these boards fared against each other when using the same components. Be warned the results are geared more towards benchmarking fanatics and are not in any way indicative of your everyday web browsing PC needs... 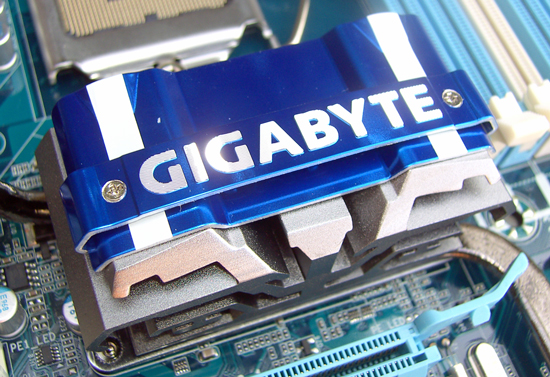 A quick summary of each board:

Our favorite board of the bunch for extreme benchmarking is the EVGA E657. In terms of ease of use and 'overclockability' this board wins on all counts. Our retail sample came with a TYCO AMP socket and survived everything we threw at it over the last six weeks of near 24/7 testing. At cold temperatures, this board boots up better than any other we’ve tested to date. You don’t have to boot up in safe mode or wait for temperatures to increase, it’s that simple.

Heavy load benchmarking stability is this board’s strength and at its price point there is no other P55 board that delivers on as many levels for the overclocking professional. EVGA is using TCYO AMP and LOTES sockets exclusively for all their P55 boards at this point, although there may be some early stock around still using Foxconn sockets.

While it worked our ASUS Maximus III Formula board was a pleasure to use. In terms of overall features, BIOS design, and general desktop performance this board is rated at the top of our list. Unfortunately, the board did not respond as well as the EVGA or Gigabyte boards in extreme overclocking conditions. Our experience with the large cascade was not trouble free as it refused to post once the evaporator head temperature was below -110 degrees.

The ROG Connect software is a novel design that we see a lot of promise in and a pleasure to use as a side bonus. The board was proving itself to be the all around choice (gaming/desktop/overclocking) until we experienced the now infamous socket burn syndrome.

As of press time for this article, ASUS is still investigating the socket burnout problems and has not told us if they will be following the lead of other vendors in moving over to other socket vendors for their high end boards.

The GA-P55-UD6 from Gigabyte was on a level playing field with the ASUS ROG for the most part in general performance and extreme overclocking results. It did trail the other boards in the 8-thread CPU tests, but showed second place performance everywhere else. The UD6 handled cold temperatures as well as the E657, but required us to shut the PSU off periodically between reboots in order for the board to properly repost.

Our test sample arrived with the revised Foxconn socket and managed to survive the onslaught of benchmarks without a problem. We understand that Gigabyte has moved production over to LOTES based sockets for their higher end boards, so expect to see these showing up in the retail channels shortly.

When this board arrived in the labs we were intrigued to see what it brought to the table in comparison to less expensive P55 boards. At a $340 price point, there’s no room whatsoever for failure. Unfortunately, the only real strength that extra monetary outlay will buy you is the ability to run non-memory intensive 8-thread loads a few MHz higher than the superlative EVGA E657.

The other side bonus is for multi-GPU setups as you get dual x16 capabilities, though we wonder why you would even pick a P55 board at this price point for such a setup when there are X58 boards available to do the job better. While the board responded well in most cases, we had problems with higher memory speeds (over 2200MHz) as they were just not as stable on this board in comparison to the other boards in our tests, no matter what we tried. We’re not sure if this can be fixed without some kind of hardware change, as we tried every BIOS tweak the board has in order to try and squeeze a little more stability above DDR3-2200, but alas, no improvement.