AMD and Intel both figured out the practical maximum power consumption of a desktop CPU. Intel actually discovered it first, through trial and error, in the Prescott days. At the high end that's around 130W, for the upper mainstream market that's 95W. That's why all high end CPUs ship with 120 - 140W TDPs.

Regardless of whether you have one, two, four, six or eight cores - the entire chip has to fit within that power envelope. A single core 95W chip gets to have a one core eating up all of that power budget. This is where we get very high clock speed single core CPUs from. A 95W dual core processor means that individually the cores have to use less than the single 95W processor, so tradeoffs are made: each core runs at a lower clock speed. A 95W quad core processor requires that each core uses less power than both a single or dual core 95W processor, resulting in more tradeoffs. Each core runs at a lower clock speed than the 95W dual core processor.

The diagram below helps illustrate this:

The TDP is constant, you can't ramp power indefinitely - you eventually run into cooling and thermal density issues. The variables are core count and clock speed (at least today), if you increase one, you have to decrease the other.

A smart processor would realize that its cores aren't frequency limited, just TDP limited. Furthermore, if half the chip is idle then the active cores could theoretically run faster.

That smart processor is Lynnfield.

Intel made a very important announcement when Nehalem launched last year. Everyone focused on cache sizes, performance or memory latency, but the most important part of Nehalem was far more subtle: the Power Gate Transistor.

Transistors are supposed to act as light switches - allowing current to flow when they're on, and stopping the flow when they're off. One side effect of constantly reducing transistor feature size and increasing performance is that current continues to flow even when the transistor is switched off. It's called leakage current, and when you've got a few hundred million transistors that are supposed to be off but are still using current, power efficiency suffers. You can reduce leakage current, but you also impact performance when doing so; the processes with the lowest leakage, can't scale as high in clock speed.

Using some clever materials engineering Intel developed a very low resistance, low leakage, transistor that can effectively drop any circuits behind it to near-zero power consumption; a true off switch. This is the Power Gate Transistor. 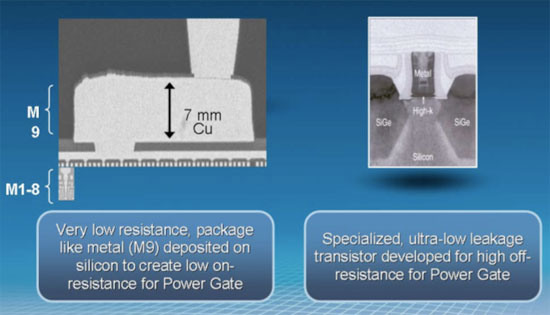 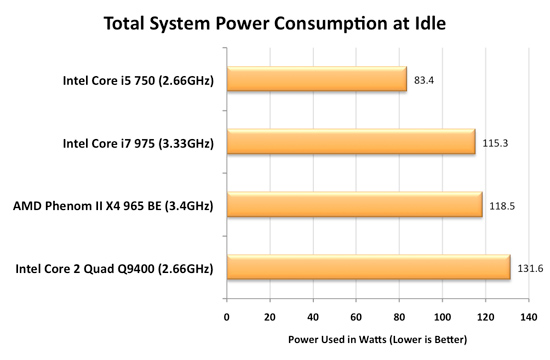 Since Nehalem can effectively turn off idle cores, it can free up some of that precious TDP we were talking about above. The next step then makes perfect sense. After turning off idle cores, let's boost the speed of active cores until we hit our TDP limit. 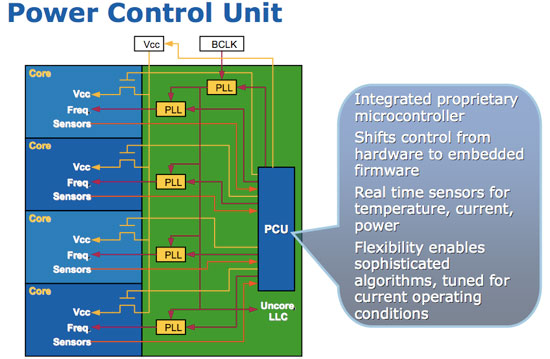 On every single Nehalem (Lynnfield included) lies around 1 million transistors (about the complexity of a 486) whose sole task is managing power. It turns cores off, underclocks them and is generally charged with the task of making sure that power usage is kept to a minimum. Lynnfield's PCU (Power Control Unit) is largely the same as what was in Bloomfield. The architecture remains the same, although it has a higher sampling rate for monitoring the state of all of the cores and demands on them.

The PCU is responsible for turbo mode.