We measure the temperatures and acoustics at two different settings: idle and load. For the idle test, we leave the PC sitting at the Windows desktop without any additional running programs. We let the system idle until temperatures stabilize (around 30 minutes) and then take our temperature readings. For load testing, we run the Fur Benchmark for the graphics cards and BOINC for the CPU. In general, the temperature stabilizes after around 20 to 30 minutes, but we run the load tests for 60 minutes and take the highest temperature during this time. 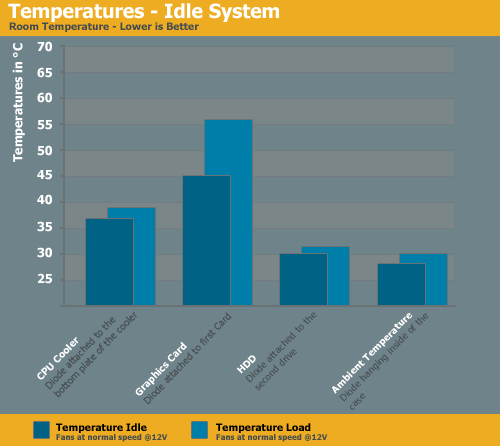 The CPU cooler has an easy job this time with premium airflow directly from above. However, the graphics cards have a more difficult job keeping cool, since there is no fan on the side panel and there are obstructions between the graphics cards and the intake fans. We see the results of this particularly at higher loads; the graphics cards do okay but definitely don't stay cool. Then again, high-end graphics hardware like this tends to run hot at full load. 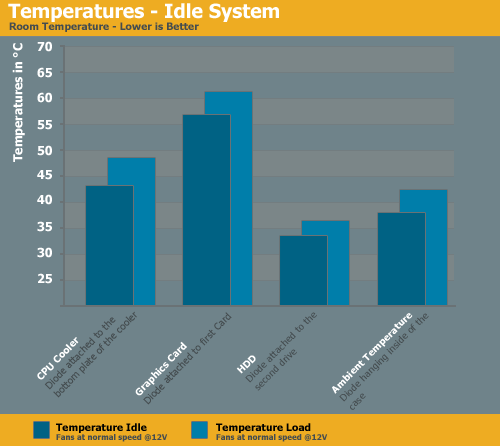 So what about reversing than directions -- does the Silverstone marketing touting the benefits of positive pressure cooling show up? Compare the two temperature graphs, and the answer is a resounding yes! Besides the fact that reversing the top fan direction required a fair amount of effort, there's absolutely no good reason to change the orientation. Couple in the added benefits of reduced dust accumulation because of the filters, and we have to agree with Silverstone. You may not see such dramatic differences on other cases, but the Fortress FT01 definitely works well in the stock configuration, and modifying the fan arrangement appears to cause more harm than good. 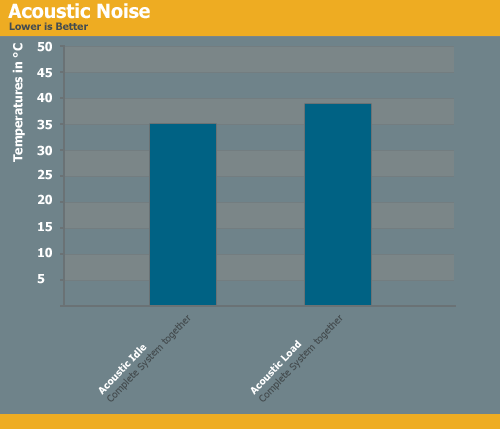 As mentioned already, the current test system definitely is not designed to eliminate noise. As such, most of the noise output comes from the fans on the graphics cards. The fans on the Silverstone Fortress FT01 are not connected to a fan control, so they always use 12V. However, in subjective testing we felt that the case fans were very quiet and should not present a problem for users looking to build a low noise system. Again, we will investigate this further in the future with a different test configuration.