Our first 3D rendering test is POV-Ray 37 beta 29 and its SMP benchmark, the performance is measured in ray traced pixels per second: 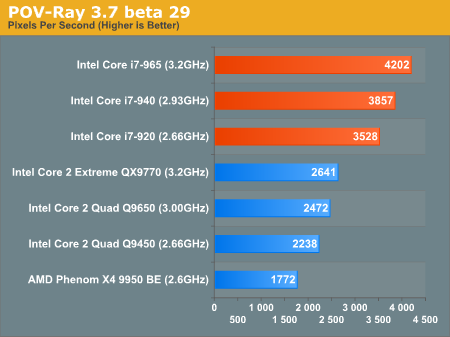 Next up we have Cinebench with both its single and multi-threaded rendering tests: 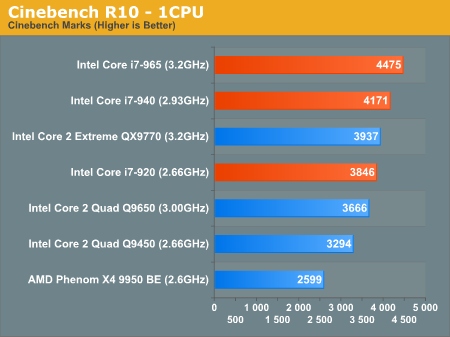 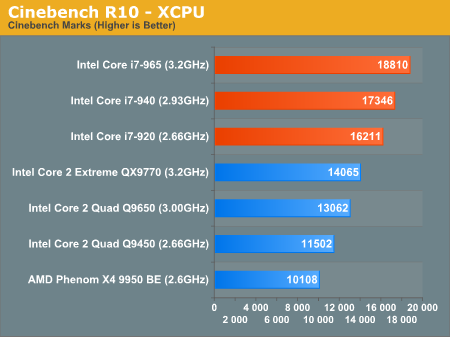 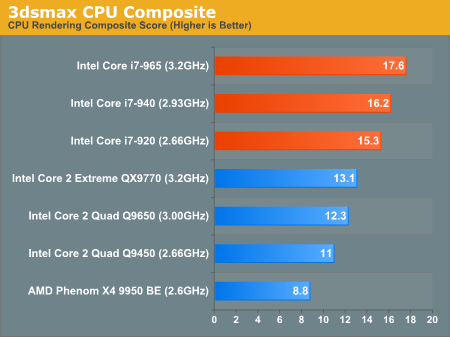 That's another 30%+ advantage for Nehalem. If you do a lot of 3D rendering on your system, Intel is going to give you $1400 worth of performance for $284. Merry Christmas.