Nehalem is happiest in 3D rendering applications, but video encoding is a close second place. Our first video encoding test is Tech ARP's x264 HD benchmark, which does a test encode of a 720p source file using the x264 codec. We're reporting results from the 0.59.819 version of x264. 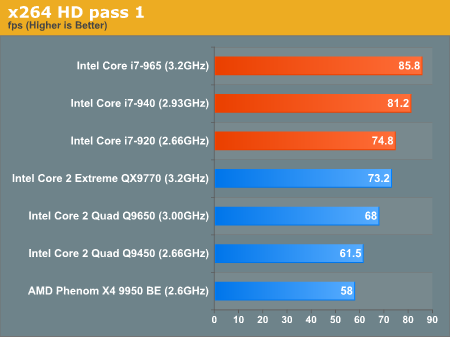 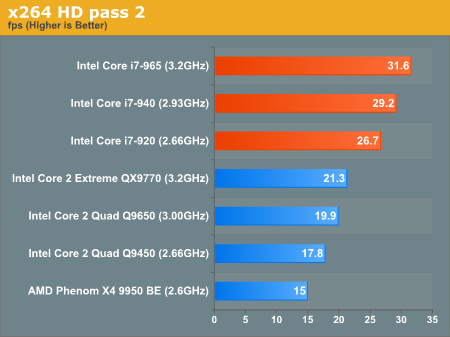 Our DivX test is the same DivX / XMpeg 5.03 test we've run for the past couple of years now, the 1080p source file is encoded using the unconstrained DivX profile, quality/performance is set balanced at 5 and enhanced multithreading is enabled: 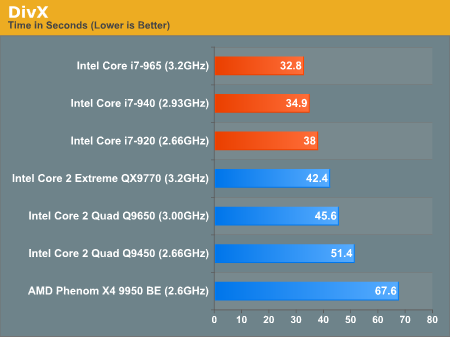 You know the drill, Intel introduces a new architecture and obsoletes its old one - the i7-920 is looking mighty tempting... 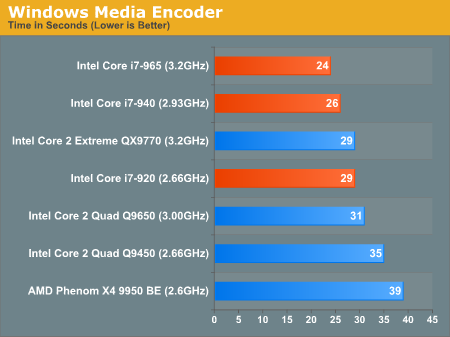 Although this isn't a video encoding test I wanted to include a lighter workload to illustrate a situation where Nehalem is no faster than its predecessor. The iTunes benchmark is a simple WAV to MP3 encode and Nehalem isn't able to dominate here: 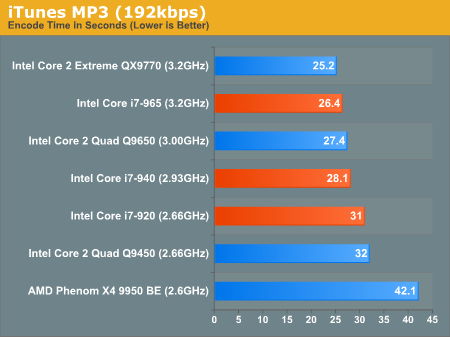