The specifications below are for the system as tested. Our original review system actually shipped with a GeForce 9800 GX2, which seemed stable until we started doing some of the 3D testing and it began a rapid decline to the dead parts box. We contacted Überclok and they provided us with a GTX 280 as a replacement, which is an available configuration option on the Reactor. However, some recent changes have made the current Reactor slightly different from the review system shown below, which we will discuss in the Pricing section.

Once again, the system arrived in a plain cardboard box with some Überclok stickers on it. The Cooler Master Cosmos S is encased within it its own product box and bag. 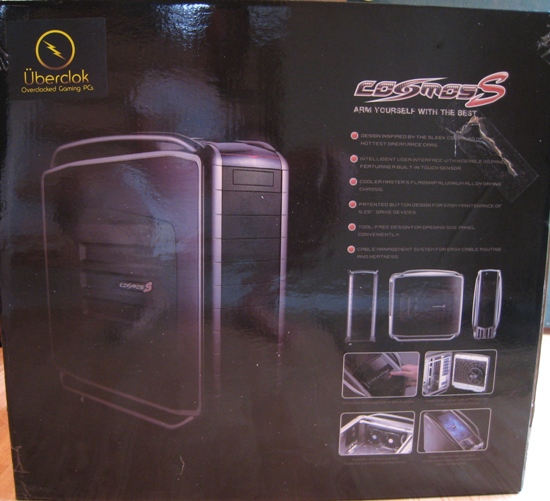 Nothing too interesting here - the case box is well cushioned and arrived undamaged. The owner's manual is still very well-done and a great addition at this price point. We do wish they'd include just a few performance benchmarks in the opening pages. Those results can serve as a baseline measurement, so if you find your system scores i.e. 10000 in 3DMark06 and the initially shipping system scored 12000, you know it's time for a tune-up. 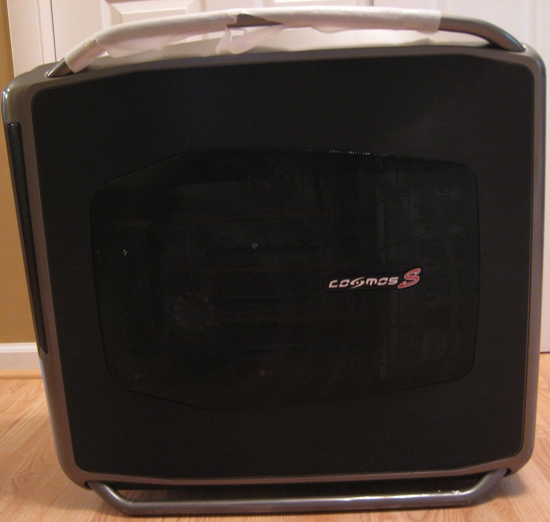 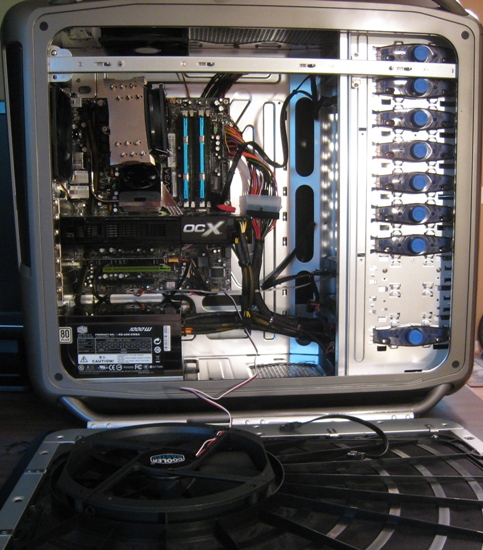 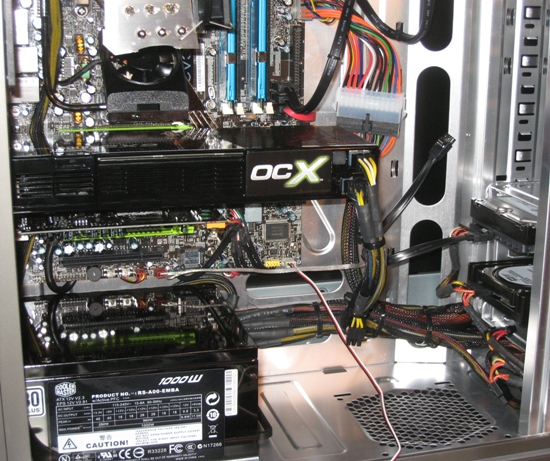 Wire management is reasonably good, as it was with the Ion.

The button on the Cosmos S is interesting - it's essentially just a depression on the case that's touch sensitive. Once you get the hang of it, it works reasonably well, though it's a little twitchy at times for our taste. It's difficult to see from the pictures, but the Cooler Master power supply has a nice mirror finish.