There must be something in the water these days, first NVIDIA makes most of its product line obsolete and now with the Radeon HD 3870 AMD gets rid of any reason to have the 2900 XT.

Our benchmarks show that the cheaper, cooler, quieter Radeon HD 3870 is at worst, the same speed as the poorly received Radeon HD 2900 XT. Granted there are a few areas where the 2900 XT does better, but for the most part it simply can't hold its own against the 3870. 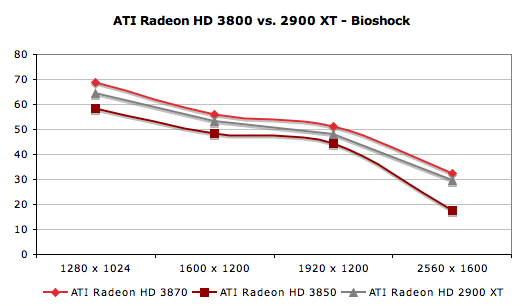 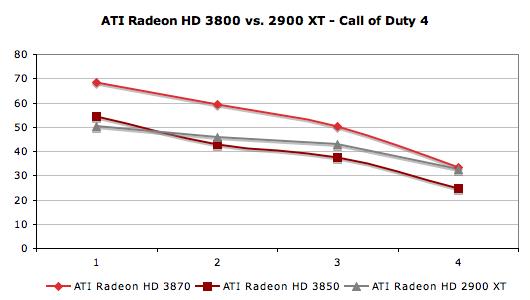 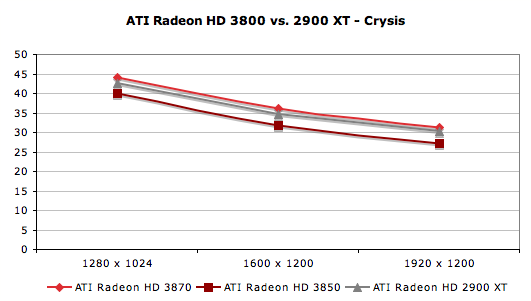 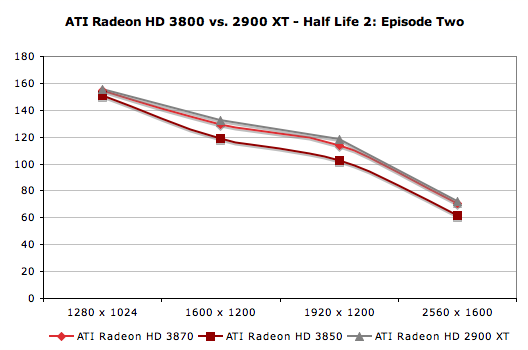 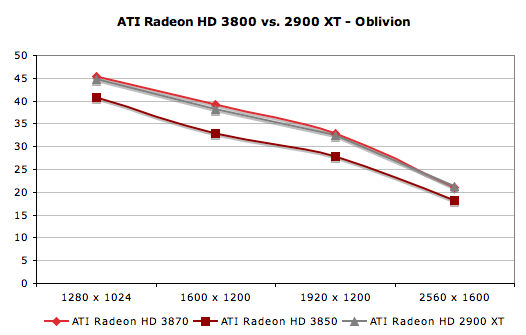 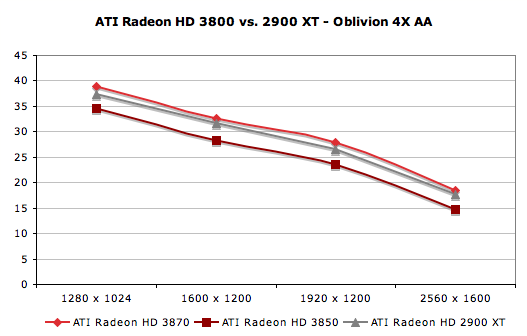 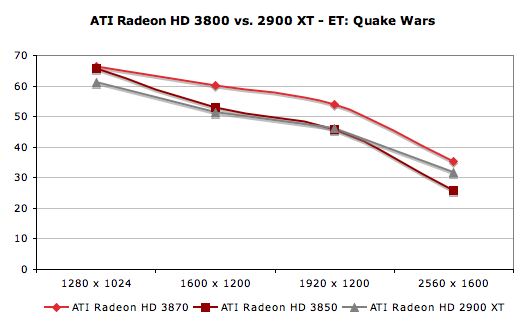 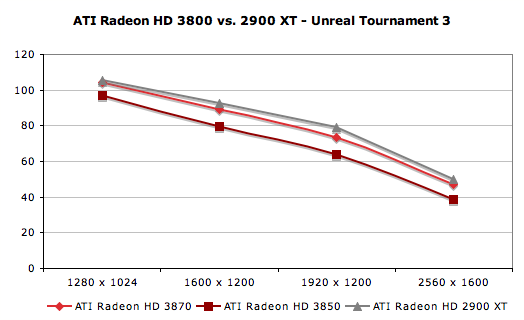 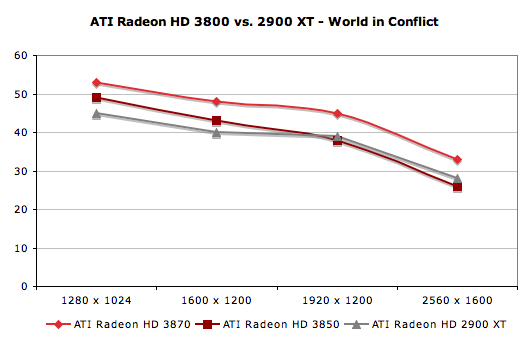 These next two tables summarize things a little better for those of you that are more interested in raw numbers. What you're looking at here is the percentage of 2900 XT performance each one of these cards delivers, first off is the Radeon HD 3870 vs. the 2900 XT:

On average, the Radeon HD 3870 gives us a 6 - 10% increase in performance over the more expensive, less featured, louder Radeon HD 2900 XT. Not bad for improvement over the course of 6 months.

The Radeon HD 3850 comes close in performance to the 2900 XT, especially at lower resolutions, but at ultra high resolutions it delivers only about 80% of the performance of its older brother.